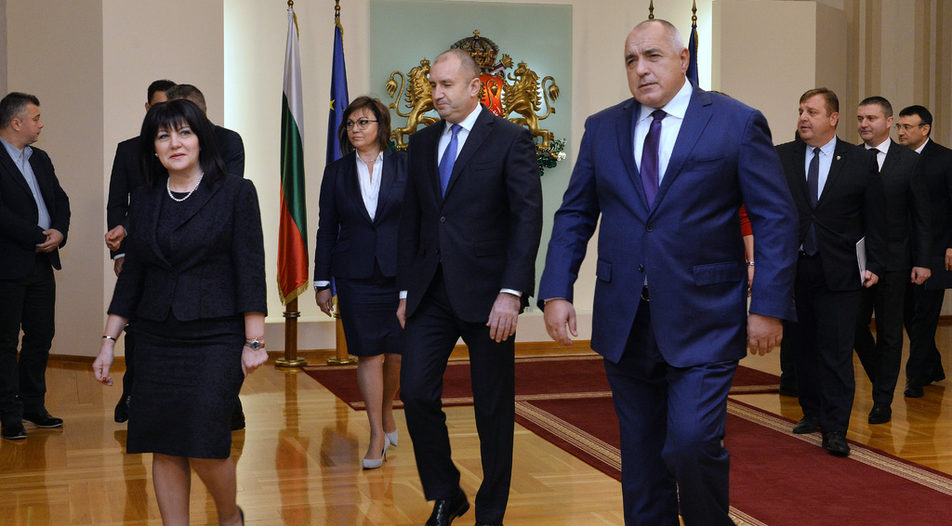 The words you need to know this month - January 2021 edition

Speaker of Parliament Tsveta Karayancheva (on the left) and Prime Minister Boyko Borissov have a complicated relationship these days...

The words you need to know this month - January 2021 edition

Speaker of Parliament Tsveta Karayancheva (on the left) and Prime Minister Boyko Borissov have a complicated relationship these days...

Bulgarian politicians rarely show much sympathy for their critics. On the contrary, they usually just insult them in order to galvanize the "us-them" divide and to reap political benefits. People usually ignore offensive remarks by politicians, but when they come from GERB MP Tsveta Karayancheva, acting speaker of parliament, this is harder to do.

At the end of September 2020, Ms Karayancheva addressed GERB supporters and attempted to rally them thus. "Some of them [protesters] drive their nice cars on [Prime Minister Boyko] Borissov's highways and say they are no good. So why didn't you make these highways better, eh? You didn't build them and now you criticize. The metro - they go, protest against bad Boyko, then go back home on the metro. Use your feet, walk [translated as "hodi pasha" in Bulgarian]," Ms Karayancheva said.

Since then, "hodi pasha" has become a tongue-in-cheek rallying cry for the government's opponents, with many erecting profile picture frames on social media with the motto "Az hodya pesh", translated simply as "I use my feet." As usual, instead of apologizing, the culprit found a lame excuse for her insults. "When you talk before a party structure, you say things to inflame the audience. But as a Speaker of Parliament I make no compromises," she told bTV.

Yet, Ms Karayancheva's remarks exemplify the ever-declining levels of language and sophistry of Bulgarian parliamentarians, and politicians in general. One would have thought that the Speaker of Parliament, who was viciously insulted by her own party leader, Prime Minister Boyko Borissov, would choose her words more carefully (in a recording proven to be authentic by the State Prosecution, Mr Borissov is recorded abusing Ms Karayancheva in a way we dare not quote).

Instead, she showed that many senior Bulgarian political appointees have so little integrity, self-respect or regard for ordinary people, that they can allow their superiors to mock them, while simultaneously belittling their opponents. Lastly, the incident exposes that the ruling political elite sees the act of walking as demeaning.

In 1963, philosopher Hannah Arendt poignantly noted how one of the Holocaust's chief architects, Adolph Eichmann, a "terrifyingly normal" individual who was "neither perverted, nor sadistic", oversaw unspeakable evil simply to advance his career. Instead, Arendt argued in her famous treatise on human nature, "Banality of evil", it was Eichmann's very "thoughtlessness" that drove his behaviour.

Another - more farcical - case of a small-minded "nobody" who just happens to occupy a position of trust arose at Sofia University in November 2020. A couple of organizations advocating minority rights flagged a series of lectures by visiting scholar Professor Mihail Mirchev on the integration of minorities. In these lectures - recorded and proudly published by Mr Mirchev on his YouTube channel under the title "Social work with ETHNO groups" - he makes a series of insane claims. These include comments that Bulgaria risks being taken over by "Anti-Bulgarian minorities," that it will turn into a "Jewish country" and that migrants from Asia and the Middle East are "incapable of learning" and "are only good for some sort of menial labor."

Most infamously of all, he responded to a question about Roma people abusing social benefits with a call for dictatorship. "We need a little bit of dictatorship ["diktatruka" is an untranslatable diminutive form of the word "dictatorship" in Bulgarian]. Mr Mirchev claimed that these phrases were taken out of context, but a brief overview of his lectures gives the lie to these claims - academic content is thin on the ground whereas conspiracy theories, bigotry and patronising comments abound.

There are several absurd twists to this story. The first is that, in theory at least, Mr Mirchev is supposed to be left-leaning - he was the frontrunner of the Bulgarian Socialist Party for the mayoral seat in Sofia five years ago. Secondly, the whole debate somehow turned into one about free speech - why is a "progressive minority" of "Cultural Marxists" trying to silence a politically incorrect Mr Mirchev? At least that's what his defenders claimed, deflecting attention from his anti-scientific, anti-academic statements and turning him into the most unlikely Bulgarian version of Jordan Peterson.

In the end, Mr Mirchev was kicked out of his visiting lecturer's position - but he will continue teaching sociology at the second largest university in Sofia, where he gained his professorship. No salutary lessons about the state of Bulgarian academia were taken on board.

Prime Minister Boyko Borissov has always been renowned for his ability to blabber without saying much - or answering questions he was asked - but he has surpassed himself ever since he started using Facebook Live videos as his only means of communication. Yet, when there is no one to feed him lines, his ramblings tend to get out of hand.

One such occasion was a Facebook Live video from the construction site of the new "Europe" highway that will link Sofia to the Serbian border town of Dimitrovgrad in November 2020. While showing off the newly finished sections of the road, Mr Borissov said without rhyme or reason "Work will set us free," inadvertently quoting the infamous sign above the entrance to the Nazi concentration camp of Auschwitz in present day Poland - "Arbeit macht frei" in German.

Worse still, he said it concerning the work of doctors on the frontlines of the pandemic. "I rely on doctors very much. Whoever is healthy should go to work. Work will set us free. Work is joy. Work brings life," he said during the broadcast, an ominous statement in more ways than one, considering the dire state of the Bulgarian health system after ten years of almost continuous GERB rule.

The government press service tried to redeem the Prime Minister's ill-chosen words by claiming that what he meant was that the pandemic lockdown is detrimental to the economy and the nation's psychological health. "The Prime Minister is underlining a position he has often stated by putting an accent on the quarantine being a challenge for the psyche of people and the importance of healthy people being allowed to work," they wrote. 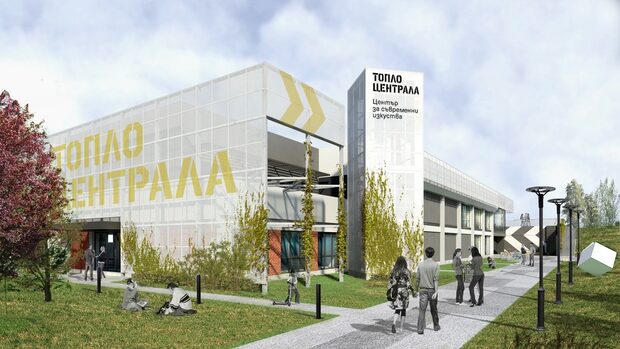