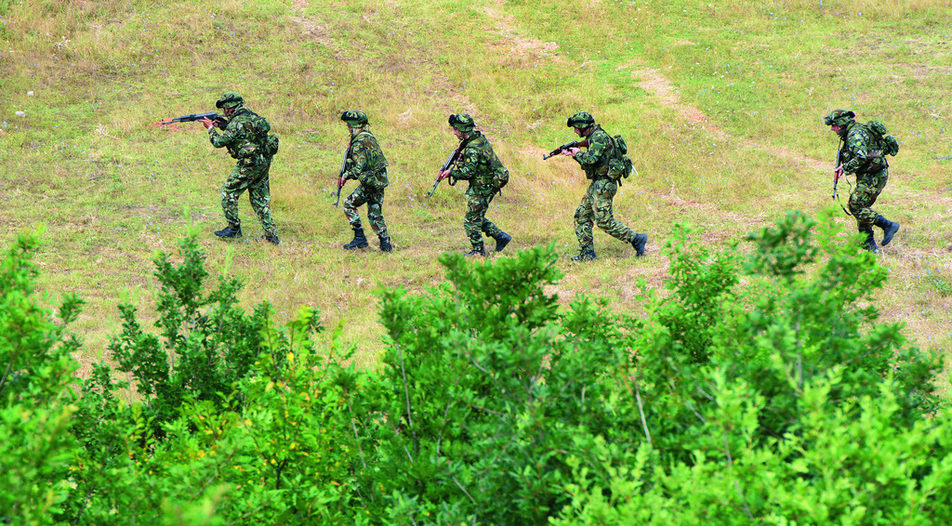 Have you ever posted something so stupid and embarrassing on your social media profile that your boss forbade you from posting anything ever again?

Have you ever posted something so stupid and embarrassing on your social media profile that your boss forbade you from posting anything ever again? Well, if you did, you're in the same club as Bulgaria's now ex-Justice Minister Danail (Danny) Kirilov, who was banned from Facebook not by Mark Zuckerberg's team but by his own boss, Prime Minister Boyko Borissov. "And I forbid you, Danny Kirilov, from writing [posts] on Facebook. Not only because it is not funny, but also because you add oil to their fire," Mr Borissov said during a cabinet meeting on 15 July, a day after a supposedly ironical post by Mr Kirilov sparked such a backlash that it led to his resignation a few weeks later.

In a Facebook post on his own official profile, Mr Kirilov set out to mock his predecessor and current opposition leader Hristo Ivanov for his seaside landing near the mansion of Ahmed Dogan in Burgas, calling him SpongeBob SquarePants. The attempt to ridicule Mr Ivanov and compare him to a cartoon character, however, backfired spectacularly, as Mr Kirilov himself had long been compared to another animated hero - The Flintstones' Barney Rubble. A few hours after his post, thousands of people taunted him for his ineffective attempt at irony. The following day he was forced to delete the post and got reprimanded by his superior - the Bulgarian PM.

Unfortunately for Mr Kirilov, the Facebook ban was not enough and, a few days later, when he talked to journalists about the Constitutional reform process, which was supposedly led by him, he said that he has a list of people who call him "Barney Rubble." It took the Facebook community mere minutes before a group (now 31,000-users strong) called "People calling Danny Kirilov Barney Rubble" appeared, where hundreds of memes and mocking comments continue being posted to this day.

A few days later, Mr Kirilov announced his resignation both as Justice Minister and as a parliamentarian from GERB, ending an unmemorable career characterised by experts as a "complete lack of meaningful activity."

Technology, and specifically the advent of social media channels, have changed the way politics is played out worldwide - from Turkish leader Recep Erdogan's famous FaceTime video that turned the tide of the 2016 attempted coup, to Donald Trump's Twitter presidency in the US. Bulgaria has also contributed to this trend - with Facebook Live streams from Prime Minister Boyko Borissov's jeep, which are broadcast by his head PR Sevdalina Arnaudova, hence dubbed "Sevda TV."

Mr Borissov is not famed for his readiness to engage in debates with political adversaries or give interviews to journalists who oppose the government. On the contrary - he vehemently tries to minimise such uncontrolled interactions in which he might have to respond to serious questions (and their follow-ups) - or get embarrassed. Yet, just like any populist leader, he understands the need to connect with the masses and portray himself as part of the working class.

So, how does he project the image of a common man, while simultaneously keeping total control of the discourse? Apparently, somebody in his communications team - most likely Ms Arnaudova - got an idea at a certain point: combining Mr Borissov's 'impeccable' driving skills (he was the personal agent and driver to both ex-communist dictator Todor Zhivkov and ex-king/Prime Minister Simeon II) with Facebook live streams.

The results could be seen on Mr Borissov's official Facebook page - daily and sometimes hourly video streams starting with him driving a jeep, alongside a minister or a head of the agency, into the next big infrastructure project. Then there would be shots of him engaged in banter with workers or bragging about his success in constructing dams, pipelines and roads, creating jobs, and other opportunities for the country.

Sometimes the videos do not even have to involve conversations - like the cult video of Mr Borissov driving along an empty road in the middle of the night, while speakers blast a Macedonian version of the partisan song "Bella ciao", together with a closing shot showing a case full of freshly collected strawberries. In any case, thousands will watch the videos and hundreds of profiles, mostly of middle-aged female GERB supporters - would comment enthusiastically underneath. Who needs TV interviews and complicated debates with opponents in the era of social media?

Nationalist MEP Angel Dzhambazki really wants to bring back the draft for others, not him

If you ever had the chance to stay up late - usually, drinking - with middle-aged Bulgarian men, you might have broached a topic common to them all - the time they spent in kazarmata, or literally "the barracks".

Some reminisce about their times in kazaramata, or the draft, with a sense of pride, feeling they fulfilled their duty to "serve honestly my people", as the military oath states, and consider this period of their lives as the one that "made them men." Many others, however mostly remember it for the boredom, waste of their youth as well as for the arbitrariness and humiliation inflicted by their commanders.

Conscription used to be the great equalizer in Socialist-era Bulgaria and the early years after the 1989 transition to democracy, bringing almost everyone - rich or poor, smart or stupid - together for between six months and two years. "Almost everyone" because not everybody was getting the same treatment, including people with party connections during socialism who served in lighter units or, in later years - draft dodgers who took advantage of loopholes to postpone their service.

Ironically, one of the proponents of the return of conscription - nationalist MEP Angel Dzhambazki (VMRO/ECR) turned out to be a member of the latter group. In a recent interview with bTV where he argued for the need to bring back the draft, he was asked where he served during his conscription. He laughed nervously, saying that he did not join the military because he studied law for 12 years - a typical draft-dodging strategy in the 2000s - and by the time he had finished, the draft had ceased.

Unfortunately for Dzhambazki, it would be too late to redeem himself - when his own party passed a law extending the reservist voluntary draft to six months (up from one) in mid-September, it set the upper bar for conscripts from 26 to 40 years of age - so just below his own 41 years. This is not the first time the VMRO politician has failed to walk the talk - in 2019 he got caught drink-driving but only had his driving licence withdrawn for several months. Yet, years before, he publically argued for stricter penalties - including prison sentences - for even mild cases of driving under the influence.