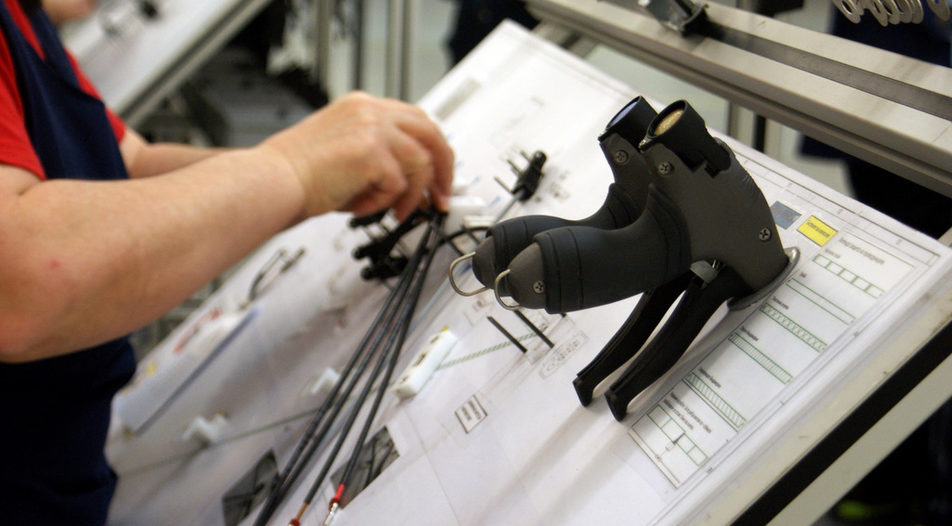 As was the case with mass production sewing several years ago, automotive wire harness manufacturers in Bulgaria have started relocating to cheaper destinations. It is the same reason again: Bulgaria has become too expensive for a labor-intensive business.

Staff reductions, switching to different products or winding up production: this has been happening at several wire harness manufacturing companies over the past few months. Though it is not a common trend yet, and there are also new plants opening in the same field, the curbing of such labor-intensive production is a sign that as wages are rising, the thin margins are getting even thinner and sometimes the business is becoming unviable.

Economically, it is somewhat of a relief that wire harnesses have a relatively small share in the total production of automotive components in Bulgaria. At the same time the plants' manufacturing higher value added products remain stable and many of them are growing. For cheaper production, however, Bulgaria seems to be losing competition to new preferred destinations, mainly in North Africa. Which may not be such bad news.

The first to depart

The first to shut down at the end of last year was the plant of Elektrokabel Bulgaria in Pleven, which is owned by Germany's Nexans Autoelectric (part of France-based Nexans group). The company started production there in the spring of 2015 with the ambition to hire 500 people at full capacity, which never happened. Last September the owner informed the local management that it was going to terminate production in December and transfer it to other plants of the group. Staff reduction began back then but for several months some of the employees were engaged in dismantling and selling the machines and equipment, the company's 2018 report shows.

Nexans Autoelectric would not answer why it cancelled production in Bulgaria and where it was transferred. However, it is not a difficult decision to make, given that Elektrokabel's accumulated loss reached 4.2 million levs at the end of 2018. The company did not own a building but rented a built-to-suit one and though it has a 10-year contract, its investment in Pleven is not that big to prevent its withdrawal, the more so that the equipment is being transferred to another plant of the group.

Next one to Ukraine or Tunisia

Though that is not evident from the latest official data as of August, there is also a plant working as a subcontractor of Nexans Autoelectric's Romanian company, Elektrokontakt, which has wound up production. That is Karlovo-based Autoelectric Bulgaria, which is owned by several Bulgarian individuals. Since October the workers have been made redundant. "The reason is that Nexans has moved its entire production of conventional wire harnesses to Ukraine and Tunisia. The problem for us was that we had to work at full capacity until the very last moment, as we had projects to finalize, and then I had to dismiss all the workers," the manager and majority owner of Autoelectric Bulgaria, Ivan Opanov, said.

Tunisia is one of the new destinations for all big manufacturers of automotive components (as well as a traditional destination for the textile industry). "The reason is simple: the minimum wage there is $120 a month and the workforce is as countless as the sand on the seashore. There are simply not enough people in Bulgaria and wages are rising," Opanov explained. In his words, Autoelectric Bulgaria operated at a very small profit margin, 2 or 3%, which was a serious limitation to increasing labor costs.

But there is more to it than that. "There is no government policy here to support business, unlike countries like Serbia and North Macedonia. That explains why four huge plants for automotive components have been opened in Serbia this year alone," he said.

Currently Autoelectric is in negotiations to start production for another company, which is expected to happen early next year. A restart will allow the company to rehire some of the laid-off workers, but only about 35 of them. For comparison, the company used to have about 200 employees.

In September, a large part of the workers in Arkomat's plants in Kazanlak and Karlovo were made redundant after the company's projects were completed. Wire harness production in Kazanlak will resume, although with fewer people and for a new Japanese customer. The training of 10 people from the staff finished recently and nearly 290 workers were expected to be employed by the end of November. The plant in Karlovo, however, will switch to new products. "We will work again for the automotive industry but we will manufacture engine components for a Korean company," Arkomat's owner Nureddin Ozhan said. In his words the machines are expected to be delivered soon, so production can start early next year. Initially, manufacturing will start with 25 workers but whether and how much their number will grow is not clear yet.

"There are two problems in Bulgaria at present: labor costs are rising and we cannot find enough people," explained Ozhan and added: "The average wage in our company is about 650 levs (€ 325) per month net. We are at the limit of what we can allow ourselves to pay for wire harness production. Currently, Turkey is competitive again, in Serbia it is much cheaper, and so is Ukraine, although there is strong migration to Poland there. Our major competitor because of the low costs, however, is North Africa: Tunisia and Morocco. The entire wire harness business is there now; every manufacturer has a factory or a subcontractor."

According to him, the major obstacle to wire harness production in Bulgaria is absenteeism. "It is difficult to find good workers and for us "good" means workers who come to work every day. We work in lines of 30, 60 or 100 people, depending on the harness, and if 10 or 15% of the people are absent, you cannot replace them and manufacture the necessary quantities to make a profit," he explained.

Nevertheless, Arkomat is not planning relocating production. "We have settled here, we have two factories. We will just change the field of production: it will not be wire harnesses but something else that does not require so many people and that can be made with more machines," Ozhan said.

A bankruptcy and a shrinking giant

The plant of Zenon BG in Targovishte, which had been operating as a Yazaki's subcontractor since 2009 and which used to have 1,000 workers at its zenith, shut down in spring. In the middle of the year the company was ruled insolvent and went into a bankruptcy procedure. The receivables recognized by the trustee total 3.4 million levs and the largest creditor is First Investment Bank (2.5 million levs).

This year alone the staff of the largest wire harness manufacturer in Bulgaria, Japan's Yazaki, has decreased by some 500 people and since its peak in 2016 the number has dropped by nearly 2,000. The company said the reduction is temporary and will be overcome once production is readjusted to new projects. It is a fact that the company has expanded its operations in this country: two years ago it opened a third plant, in Dimitrovgrad, after its first two facilities in Sliven and Yambol. It has the advantage of working directly for the Japanese parent company, which gives it a bigger margin than that of subcontractors.

According to economist Georgi Stoev, who manages the Trakia Tech platform, Yazaki made a much wiser decision compared to other industry suppliers. "They chose towns where wages are nearly half of those in Plovdiv and growing at a much slower pace. Besides, demography in these regions is not that negative, as the population is not shrinking as dramatically as in northern Bulgaria," he said.

Nevertheless, it is in northern Bulgaria that new investments are being made in the same field. Germany's Leoni for instance started wire harness production in Pleven and already has more than 600 employees. Like the failed Nexans Autoelectric, however, Leoni rents a building in the city and in case production turns out unviable, moving the machines to another location will not be that difficult.

Further west, in Vratsa, a cable plant is being built by Germany's MD Elektronik. Production is expected to start next year and the planned investment is some 22 million levs.

Also in Vratsa, Turkey's Teklas is building its next Bulgarian plant which will manufacture rubber and metal parts for the automotive industry. As the region is highly depopulated, the companies there can rely on some 2,000 local residents who every day commute to work in Botevgrad and Mezdra. But whether the new investors will manage to attract them will depend on how much they can allow themselves to pay the workers.

Like the seat cover sewing operations that Canada's ALC had in Bulgaria but which was forced to shut down its three plants due to inefficiency, wire harness production requires a large workforce, does not allow automation and margins are small. As wages are rising, profitability is shrinking. Therefore the expectations are that sooner or later Bulgaria may turn out not to be a great destination for such production.

"In the long run Bulgaria is likely to lose positions in this very segment, labor-intensive operations, but I would not view it as something bad," Stoev commented. According to him, the companies will probably switch to higher value added products that will allow them to pay higher wages and retain their workers. Others will probably close, as has been happening already. "The good news is that Bulgaria has more than 100 automotive industry suppliers, so wire harness production is a relatively small segment."

As was the case with mass production sewing several years ago, automotive wire harness manufacturers in Bulgaria have started relocating to cheaper destinations. It is the same reason again: Bulgaria has become too expensive for a labor-intensive business.

Staff reductions, switching to different products or winding up production: this has been happening at several wire harness manufacturing companies over the past few months. Though it is not a common trend yet, and there are also new plants opening in the same field, the curbing of such labor-intensive production is a sign that as wages are rising, the thin margins are getting even thinner and sometimes the business is becoming unviable. 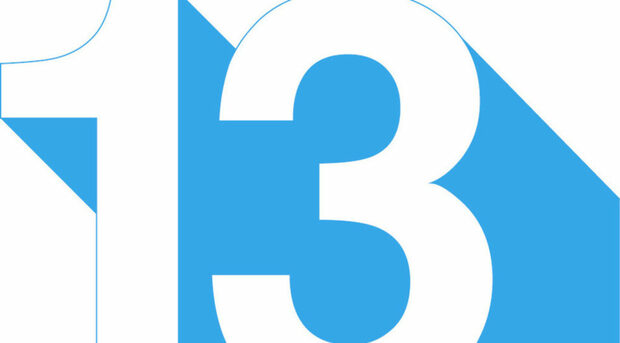