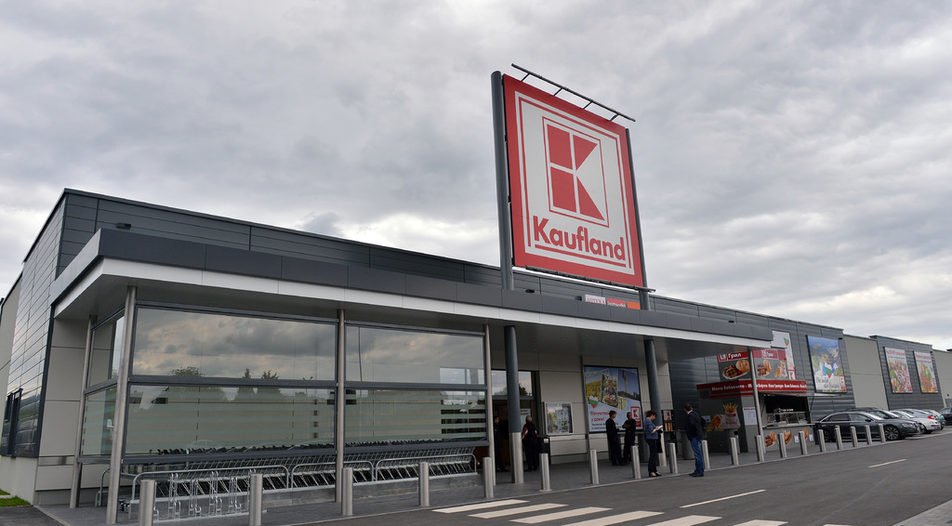 The Bulgarian units of German chains Kaufland and Lidl contributed 31% of the Top ’30stotal sales. They have expanded their logistical facilities to handle the elevated volume |

The Bulgarian units of German chains Kaufland and Lidl contributed 31% of the Top ’30stotal sales. They have expanded their logistical facilities to handle the elevated volume |

Revenue growth at the Top 30 consumer goods retail chains in Bulgaria has mildly and gradually decelerated. The companies earned a total of 8.15 billion levs in 2018, or 8.3% more than in the previous year. The annual revenue growth in the preceding two years stood at around 10%. Since inflation made a comeback in the same period, real growth is even lower.

The performance differs depending on the subsector. While sports, home goods and drug stores had a strong 2018, for other branches it was mediocre, while the sales of fashion outlets stagnated. There are differences between companies within a subsector as well - some retailers are expanding vertiginously, some have stalled and others have shrunk.

The overall slowdown in growth was mostly caused by the fast-moving goods sector, which generates 71% of the revenue in the Top 30 group. The eight largest food retailers - Kaufland, Lidl, Metro, BILLA, Fantastico, T-Market, CBA and Kome - are responsible for 63% of the total sales in the ranking and their revenue grew by 6.9% in 2018. The percentage is higher than the average for the fast-moving goods sector, which according to Nielsen stood at 5.9% last year, yet is still somewhat lower than the 9% increase in 2017. Furthermore, this is below the Top 30's average.

The leader, Kaufland, remains the only retailer in the country with revenue above 1 billion levs. The pace of the company's revenue growth has accelerated slightly - from 4% in 2017 to 5.2% in 2018. In previous years, however, there had been double-digit growth. Kaufland's representatives explained that the slowdown is partly due to the introduction of a new international accounting standard. The retailer's 72 million lev profit is the largest among the Top 30, even though it has decreased by 8% from 2017. Among the fast-moving goods retailers, Fantastico is the only one with better profitability but not by much. The market leader generated 19% of the total revenue in the ranking.

If in 2017 the revenue of Lidl was equal to half that of Kaufland, in 2018 the second-placed chain's revenue amounted to about two-thirds of Kaufland's income. The combined revenue of the two retailers, both owned by Germany's Schwarz Group, makes up 31% of the Top 30's total.

In 2018, Lidl's revenue increased by 12.4% or the same growth pace as in the preceding year. This is the third-best result in the ranking after T-Market's and Kome's. The company earned 945 million levs after announcing its ambition to become the Bulgarian market leader by 2020 and has now drawn near the one billion marks. Profitability, which shrank by 10% in 2017, grew by 64% in 2018.

With revenue growth of 1% to 839 million levs, Metro has kept its traditional third place. After it suffered profitability decline for three straight years, last year it reported an increase of 27% or 18 million levs.

BILLA, the chain with the largest number of supermarkets in the country, continued its expansion and grew its revenue by 6%, as compared to a 9% rise the year before. After its profits dropped by 20% in 2017 to 4.42 million levs, the company operated at a loss in 2018. In this niche, the chain with the largest revenue growth is T-Market operated by Maxima Bulgaria, the local unit of Lithuania's Maxima Group. Maxima Bulgaria increased its revenue by 17% in 2018. The rise has slowed compared to 2017 when it stood at nearly 25%, but it is still the largest in the sector.

Additionally, Maxima Bulgaria managed to stem losses and proudly announced that for the first time since starting operations it has generated an operating profit of 1.56 million levs. Fantastico is the outstanding performer in the sector. The company's sales grew by 9% - slower than the previous year's 14%, yet still enough to push them over the half-billion lev mark. Its profits increased by 7% to 26 million levs, compared to a 4% rise in 2017. In spite of the drop, Fantastico's profitability remains the highest among the perishable goods retailers at almost 5%.

The ascent of drug stores has also slowed, but it continues to be significant. In 2018, DM and Lilly Drogerie increased sales by a little over 15% following a 21% rise in 2017. The three chains specialized in tobacco and alcohol retail - Lafka, Avanti and LS Travel Retail maintain a similar tendency - 4.3% sales growth in 2018 after 5.7% in 2017.

Retailers specializing in home improvement performed well in 2018. The largest growth of 20% was achieved in the do-it-yourself sector but a closer look would reveal that the excellent results of HomeMax (formerly BauMax) are only partially due to the retailer's main commercial activity. If this component is taken alone, its revenue increased by 10%, compared to a 10.8% rise in 2017. The chain, indirectly linked to Chimimport AD, reported an additional revenue of 30 million levs listed as "income from investments and loans acknowledged as non-liquid assets".

Furniture retailers IKEA, Aiko and Jysk reported an impressive jump in revenue of close to 18%, or 4 percentage points less than the year before. Danish chain Jysk continues to be the record holder in the ranking with a 44% increase, which is half the 2017 jump.

The growth in sales of consumer electronics and appliances accelerated as well. Technopolis, Technomarket, Zora and Techmart increased sales by 9%, or triple the 2017 increase.

Sporting goods are in fine form

Sporting goods chains Decathlon and Sport Depot, which led the 2017 ranking with an average growth of almost 28%, grew sales by 19% in 2018.

The three largest fashion retailers H&M, Zara and LC Waikiki have slowed down considerably. Their sales grew by only 2% in 2018, as opposed to 17% in 2017. Conversely, while the profits of the fashion Top 3 decreased in 2017, possibly as a result of tough competition and large-scale promotions, 2018 saw the first two companies achieve some profit.

The growth in sales of the household goods and toys retailer Jumbo has shrunk to 10% from the previous year's 20%. Toy retailer Hippoland maintained its 2017 revenue growth pace with a 12% increase.

Twenty-eight of the Top 30 retailers finished 2018 with an increase in sales. One-third of those had growth of up to 10%, another third reported an increase between 10% and 20%. The record holder Jysk reported 44%. HomeMax's nominal growth was close to 35%, but an examination of its sales revenue points to stagnation. Hippoland and H&M also retained their 2017 growth levels, while Technomarket is the only retail chain registering a drop.

The total profit of the Top 30 rose by 12% - half the 2017 rate of increase. For the group of Kaufland, Technopolis, Jumbo, Fantastico, Lidl, Metro, IKEA and HomeMax, profit topped 10 million levs.

T-Market, the only retailer to operate at a loss in 2017, remained in the red in 2018, only by less. BILLA, Technomarket and Jysk reported losses as well.

The Top 30 employed nearly 35 000 people in Bulgaria in 2018, up by less than 2% year-on-year. Jysk swelled its ranks by 54%, Decathlon by 35%, Jumbo by 30%, Aiko and LC Waikiki by 20%. Seven companies laid-off employees, as compared to four the year before. Technopolis cut staff by almost one third. Hippoland, BILLA and Kaufland laid off between 3% and 4% of their workforce. Home-Max let go between 2% and 3%, while layoffs at Mr. Bricolage were minimal. At all other retailers, personnel growth was in double digits.

Revenue growth at the Top 30 consumer goods retail chains in Bulgaria has mildly and gradually decelerated. The companies earned a total of 8.15 billion levs in 2018, or 8.3% more than in the previous year. The annual revenue growth in the preceding two years stood at around 10%. Since inflation made a comeback in the same period, real growth is even lower.

The performance differs depending on the subsector. While sports, home goods and drug stores had a strong 2018, for other branches it was mediocre, while the sales of fashion outlets stagnated. There are differences between companies within a subsector as well - some retailers are expanding vertiginously, some have stalled and others have shrunk.