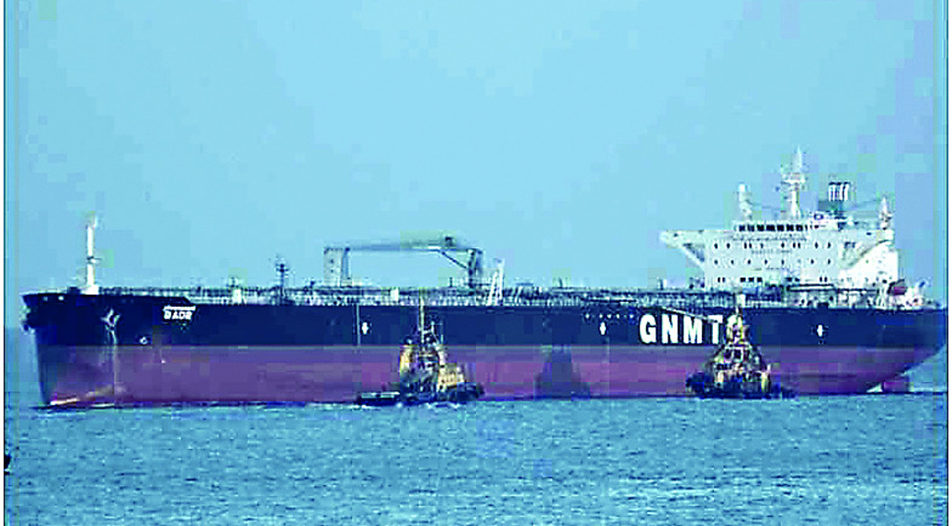 Pirates of the Black Sea

Pirates of the Black Sea

The seizure of a Libyan oil tanker by the Bulgarian authorities has drawn the country into an international scandal. The case has also shown how easily Bulgarian courts can be circumvented

Use of force, a crew forced off-board and a seizure of a Libyan oil tanker. This plot from a pirate story did not unfold somewhere near Somalia but in Bulgaria's Burgas Bay.

On December 22, 2018, state-owned Libyan General National Maritime Transport Company (G.N.M.T.C.) announced that a day earlier armed men had boarded its oil tanker Badr in Burgas port, forced the captain and the crew off the vessel at gunpoint and shut down all the ship's communication systems.

The operation was executed by Border Police and Maritime Administration officials on the basis of a claim issued by a private enforcement agency. The flag and the name of the tanker were changed immediately and the vessel was steered outside Bulgarian territorial waters. Behind the operation stands a private Bulgarian company connected to local Titan Group (building materials and waste management holding) which has claims against the Libyan state. The ship had been detained in Burgas port over a legal dispute since late 2017.

"This is not only a criminal act but also a scandalous breach of international law. It comes as a direct violation of the Bulgarian court decision, which ruled the Libyan ship to be released from the Burgas port already in January 2018," said the Libyan company. According to G.N.M.T.C., there was an attempt to illegally sell its property.

The case quickly gained international attention after the saga was reported by the specialized media outlet TradeWinds. The scandal escalated when Bulgarian newspaper 24 Chasa published a letter by the director of the Libyan Maritime Administration giving instructions to Libyan port authorities to detain any Bulgarian vessel which had entered the Mediterranean country's territorial waters.

Bulgaria's foreign ministry said that, according to Libyan diplomats, the document circulating in the Bulgarian media is false. Nevertheless, the bad taste arising from the story lingers. It turned out that a 2018 Bulgarian court ruling ordering the release of the detained ship was ignored with the assistance of state agencies acting in favour of private interests.

How to inherit a ship

The story dates back to 2003 when the Libyan government cancelled the registration of some 60 foreign companies operating in the Jamahiriya, including Bulgarian state-owned oil exploration company Bulgargeomin. Subsequently, a Libyan court awarded $9 million in compensation to Bulgargeomin but before the money came, the company entered an insolvency procedure and the previous authoritarian regime in Libya was toppled.

In 2013, the bankruptcy administrator of Bulgargeomin sold "all assets, property rights, trademarks and know-how of the company to privately-held Bulgargeomin Ltd. DZZD" for an undisclosed sum. The buyer is owned by Ventsislav Krastev but at the signing of the contract with the bankruptcy administrator, it was represented by Dimitar Yossifov Borisov, manager of waste management company Titan-AS, and Kostadin Borisov Anakiev. Krastev himself has many connections to companies of the Titan Group.

Bulgargeomin Ltd. DZZD argues that it has acquired third-party claims, among them a claim against Libya totalling some 6.2 million Libyan dinars. The company maintains that on August 27, 2013, it informed the Libyan state that Bulgargeomin Ltd. DZZD had become the legal successor of all rights and assets of the bankrupt company.

Making claims on a tanker

Bulgargeomin Ltd. DZZD says it has been trying to collect its claims with the help of authorized representatives for more than five years but the Libyan authorities have shown no interest at all in repaying its debt to Bulgargeomin.

Then, in the autumn of 2017, the Badr sailed into the Rosenets oil port near Burgas to offload fuel from Russia. On November 20, 2017, a private enforcement agent asked the Maritime Administration to arrest the tanker on the basis of a receiving order to the tune of $9.23 million issued by the Burgas District Court. The claim was supported by a maritime mortgage on the Badr signed on September 14, 2017. The Maritime Administration detained the ship.

The maritime mortgage in question has raised serious doubts. G.N.M.T.C. has said the document, certified by a Greek notary, is false. The lawyer of the Libyan company claimed that the Bulgarian Maritime Administration did not check at all whether such a mortgage existed. That kind of mortgage could only be issued by the Libyan Maritime Administration, which had registered the ship. But the Libyan authority has sent a letter certifying there is no such a mortgage, including one issued in favour of Bulgargeomin Ltd. DZZD. The Greek notary who is said to have certified the mortgage, Yoana Andreadaki, also spoke. A year earlier, Maritime.bg published a complaint by Andreadaki to the Greek prosecutor's office, in which she stated: "that such a mortgage doesn't exist and I myself have become a subject of gross abuse".

"We were puzzled by Yoana Andreadaki's quotes in the media," the Bulgarian group commented for Capital newspaper. Bulgargeomin Ltd. DZZD argues it possesses documentary evidence proving its claims and it has never been contacted by the Greek law enforcement authorities.

Let the dogs bark and the courts rule

Thus, in March 2018 a private enforcement officer informed the Maritime Administration that a public sale of the vessel for $10.14 million would be held. The sale was to close on April 10, 2018. Until then, the vessel had to remain in detention. According to a record of proceedings dated April 11, Bulgargeomin Ltd. DZZD submitted the sole bid and was declared the buyer of the Badr.

The sale entered into force in the middle of September 2018 and was followed by a flag change and registration under new ownership, Bulgargeomin Ltd. DZZD explained. On December 13 the Panama Maritime Administration issued a document, certifying the flag change of the Badr for a Panamanian one and the registration of the vessel under the ownership of Bulgargeomin Ltd. DZZD and with the new name Bdin.

Who forced the captain off the ship?

The only thing left was to replace the crew and take possession of the vessel, which happened on December 21. Bulgargeomin Ltd. DZZD stated the old crew left voluntarily and its members were paid compensations totalling 33,252 levs. An investigation by Bivol website told a different story. It was based on a report by the Badr captain Abdullah Abdul Jalil who testified that about 30 people arriving in two motorboats boarded his ship, including Border Police officers in uniforms, armed private guards and civilians who claimed they were the new owners. The captain and the crew resisted but were finally taken off the vessel.

On this very day, the Burgas District Court declared illegal the actions of the private enforcement officer and later, on January 2, the Supreme Administrative Court declared illegal the arrest of the tanker by the Maritime Administration. The ruling seemed to be coming too late because the ship was already outside Bulgarian territorial waters. But two weeks later it came back to Burgas port and will stay there "until the final certification of its documents", Border Police said.

This case has marred Bulgaria's maritime reputation. The country now has to prove it was not an accomplice to an act of piracy.

Use of force, a crew forced off-board and a seizure of a Libyan oil tanker. This plot from a pirate story did not unfold somewhere near Somalia but in Bulgaria's Burgas Bay.

On December 22, 2018, state-owned Libyan General National Maritime Transport Company (G.N.M.T.C.) announced that a day earlier armed men had boarded its oil tanker Badr in Burgas port, forced the captain and the crew off the vessel at gunpoint and shut down all the ship's communication systems.