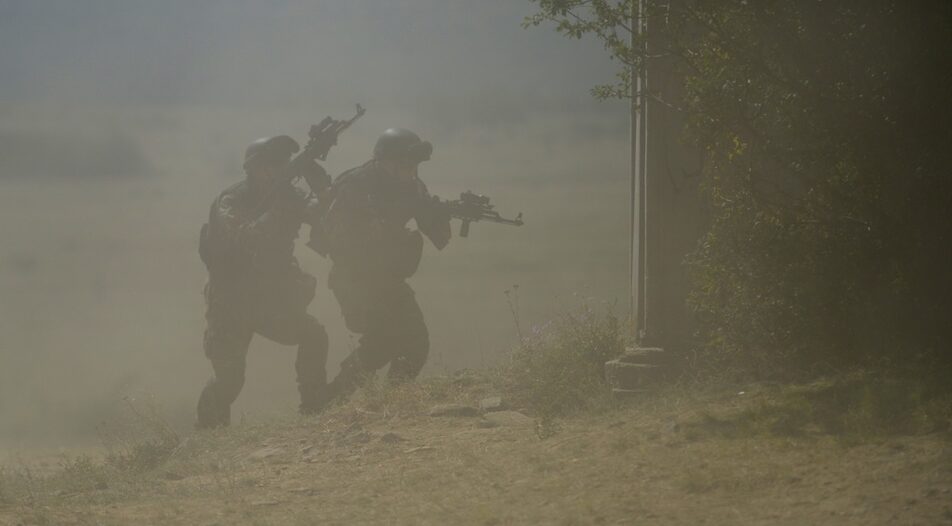 Bulgaria tables another army modernization plan, but relies on allies to plug holes

NATO is strengthening Bulgarian defenses, but Sofia has to catch up soon

Bulgaria tables another army modernization plan, but relies on allies to plug holes

NATO is strengthening Bulgarian defenses, but Sofia has to catch up soon

The dire state of the Bulgarian military has been a public secret for decades now, and haphazard and half-baked efforts to modernize it have so far always backfired - either due to lack of funds to see serious investments through, or through constant restarting of the tenders process because of the interference of various lobbies and pressure groups.

While procrastinating might have worked in a period of relative peace, the war in Ukraine has completely transformed the regional security picture. Now Bulgaria has to foot the bill for its decades of negligence - or risk complete meltdown of its defense capabilities.

Luckily, NATO membership means that the country has a cushion. Allied forces are beefing up its defenses, giving the Bulgarian army much-needed time to adapt. The question is whether the expensive (and hence - unpopular at a time of rising inflation) decisions to acquire what the army needs will ever be taken given the current political divisiveness.

With a former serviceman as President and another as Defense Minister, it's no surprise that the caretaker cabinet has taken into its own hands the project for rearmament. Besides, this is just yet another manifestation of President Radev's growing political ambitions and proactivity.

At the end of October, the Defense Ministry published its Priority Investment Expenditure Program and submitted it to Parliament for consideration. The 9 billion leva program is supposed to run from 2022 to 2032 and consists of 13 major rearmament projects, including for the purchase of a second wing of F-16 Block 70 fighters, submarines, anti-aircraft and long-range artillery capabilities for the Bulgarian mechanized corps, and armored vehicles as well as 3D radars.

The projects are divided into two groups - ten ought to be completed by 2026 and three would be for the 2026-2032 period. The financial estimates reckon for about 9 billion leva, but some of the projects will certainly top that. The idea is to pay them in installments. Two per cent of Bulgaria's GDP should go towards the defense budget from as early as 2023 in order to finance the projects, and additional funding should be sought in the coming years.

Behind the rosy picture

So far, so good. The rearmament plan indeed looks impressive. Traditionally, however, Bulgarian military upgrade plans remain mostly on paper principally because of lobbying by competing groups within the political and defense circles, and lack of funds (or desire to spend them on hardware rather than on pensions).

One clear example of the latter problem is the relaunched bid for the acquisition of new infantry fighting vehicles (AFVs). On 10 October, the Defense Ministry restarted the procedure for the acquisition of 150 modern AFVs by approving the parameters of a new, revised request for a non-binding offer (Request for Information, or RFI) that will be sent to a range of firms. The modernization program, worth nearly 1.5 billion leva, seeks to transform Bulgaria's army to NATO standards and to phase out the obsolete Soviet-era weapons of the Warsaw Pact.

The previous attempt to select a defense contractor ended in fiasco about two years ago at the end of the last GERB government. In an effort to meet the unrealistic expectations of the Defense Ministry, both finalists in the tender - the multinational General Dynamics European Land Systems (GDELS) and the Finnish Patria - submitted price offers that exceeded the budget voted by parliament by at least half a billion leva (or about 30%). Now - two years later and in the context of a perfect storm of overlapping crises, the end result of the venture is likely to be no less lamentable if the parameters of the critically important military tender do not undergo serious changes.

There are several positive signals that this time it might be different - first of all, there is serious political commitment by President Radev and Defense Minister Dimitar Stoyanov to see the project through. Secondly, the current authorities seem to be much more flexible in terms of the expected parameters of the bids - they don't expect the new AFVs to be constructed in Bulgaria, nor to be in service in a NATO military. Some weaponry and equipment might be taken out from the initial bids to cut down costs and be purchased separately later.

Next comes the never-ending saga of the Bulgarian air force. The flying resource of the ex-Soviet MiG-29 fighters used by the country's air force is on the verge of exhaustion, and can only be extended in unfriendly Russia or Belarus or in besieged Ukraine. Eventual partial servicing of the combat aircraft could be done at Polish aircraft repair plants, but it does not solve the fundamental problem of more serious repairs. There are also talks with Warsaw about providing engines with available residual flying life, the outcome of which is not yet clear.

However, all these measures are temporary solutions. According to Bulgarian Air Force commanders, the combat use of the fighters can be extended until the end of 2023 at the latest. This opens a "time hole" of at least 18 months until the arrival of the first new F-16s (at the earliest) in the first half of 2025. Even in this case, the US fighters will not be able to immediately take combat duty - this could happen approximately two years later, i.e. in 2027, as there are not enough pilots trained to fly the F-16s independently.

Because of this, recently President Radev and his caretaker defense minister have been systematically, and even aggressively, looking for a "Plan B" for Bulgarian combat aviation in the period 2023-2027. Discussions have been held with most European and NATO countries, as well as Israel and the US, with a variety of options being floated: used F-16s, Eurofighter Typhoon, Rafale, Mirage 2000, Saab Gripen In the end, Defense Minister Stoyanov managed to kick off correspondence with France and Sweden for second hand Mirage 2000 fighters and new Gripens, respectively. Results of these negotiations are yet to be announced.

In order to avoid a head-on confrontation with the US and the lobby of defense giant Lockheed Martin, as well as the noisy protests of the "pro-NATO" parliamentary parties, Mr Stoyanov's first job at the opening of the new Parliament was to submit for approval the project for the acquisition of the second "semi-squadron" of 8 F-16 Block 70 fighter jets at a cost of 2.5 billion leva (excl. VAT).

The war ministry's explicit clarification was that this time the fighter jets would be paid for in installments, with the largest coming only after three years, when the first batch of aircraft should have started arriving. The small detail is that according to the repayment plan, in 2026 Bulgaria would have to pay a total of 770 million USD, or about 1.5 billion leva.

In any case, it is of key importance for our combat aviation at the moment to conserve the maximum flying hours of our available fighters - something that can be achieved through joint air policing with NATO allies.

Bulgaria calls for aid - and NATO allies will answer

Luckily, Bulgaria can rely on its allies at this difficult juncture. In recent weeks, two European armies committed to contributing men and material to the defense of NATO's Southeastern flank in the country. In terms of protecting the skies, the Spanish air force committed 8 Typhoon jets and 150 personnel to protect Bulgarian airspace from 1 November until March next year.

On land, a few days earlier the Italian army officially took over the command of the multinational NATO contingent in Bulgaria. The formation, whose core will be nearly 800 Italian soldiers and officers, should reach full operational capability by the end of the year and be ready to carry out combat missions together with troops from Bulgaria, Albania, the United States and possibly several other NATO member states. Bulgaria participates in the unit with about 150 soldiers from the 42nd Mechanized Battalion of the Army based in Yambol.

The allied military unit in the country is one of the eight so-called alliance battle groups created over the past eight years because of the Russian invasion of Ukraine. They are deployed in each of the NATO Eastern flank member states: Estonia, Latvia, Lithuania, Poland, Slovakia, Hungary, Romania and Bulgaria. The task of these small military units is to be a kind of "trigger" of the allied defense mechanism and, if necessary, to become the core of a larger NATO military contingent, which will grow over time depending on the escalation of possible aggression. In this way, the alliance tries both to maintain adequate combat readiness and not provoke the Kremlin too much.

And while these two pieces of news are certainly positive, there is no place for too much celebration - Sofia cannot just rely on its NATO partners and has to urgently take its defense into its own hands.

The dire state of the Bulgarian military has been a public secret for decades now, and haphazard and half-baked efforts to modernize it have so far always backfired - either due to lack of funds to see serious investments through, or through constant restarting of the tenders process because of the interference of various lobbies and pressure groups.

While procrastinating might have worked in a period of relative peace, the war in Ukraine has completely transformed the regional security picture. Now Bulgaria has to foot the bill for its decades of negligence - or risk complete meltdown of its defense capabilities.