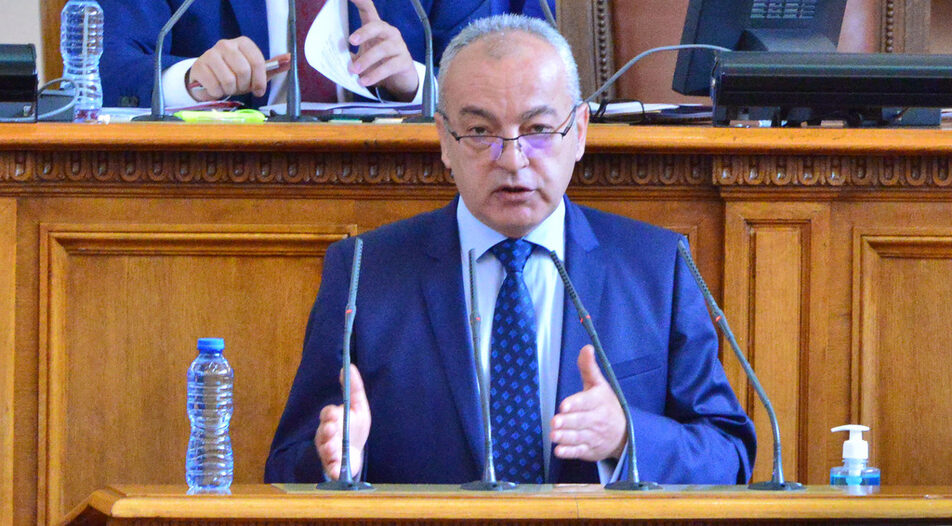 All the President’s men: A new caretaker cabinet under the command of Radev

All the President’s men: A new caretaker cabinet under the command of Radev

The wait is over - after several arduous weeks of doomed negotiations between parties trying to form a regular cabinet, on Monday, 1 August, President Rumen Radev finally appointed a caretaker government and timetabled 2 October for snap elections.

Unlike with his previous three caretaker cabinets, the president did not consult the government (at least not in public, like on all previous occasions) with parties close to him and instead filled positions with his close confidants.

This means that his appointees to key posts provide some insight into whether Mr Radev really has any desire to pivot between Russia and the West. Domestically, his choices put him at odds with the current leadership of BSP, the party that paved his entrance to politics in 2016, but also show that he does not plan to drastically change the reformist course taken by the Petkov cabinet.

A dove replaces the hawks

As KInsights already wrote last week, the caretaker Prime Minister will be Galab Donev, Mr Radev's Secretary for Social Policies and Health. While he has been presented by the presidential administration as a straightforward career bureaucrat with decades of experience in the Social Ministry, the most important part of his biography has been obscured. He is one of Mr Radev's closest allies since they studied together at the Air Force School in Dolna Mitropolia in the late 1980s. Unlike his friend and current boss, however, he left defense circles in the 1990s.

Rumor has it that Donev was picked because he is the antithesis of Stefan Yadev, Mr Radev's previous choice for caretaker PM, who had a military and diplomatic background and presented himself as a strong and stable leader. Donev (whose first name means dove in Bulgarian) indeed has a more dovish appearance and is likely chosen to simultaneously appear less confrontational to Russia (and pro-Russian supporters) and not pro-Russian to the West (and liberals in Bulgaria itself).

This is the fourth caretaker cabinet appointed by President Radev since he took office in 2017. And while the inconspicuous Gerdjikov cabinet of 2017 was a product of Mr Radev's lack of political experience, Mr Yanev's two cabinets in 2021 had the clear task of kickstarting the dismantling of GERB's governance model.

Radev put his confidant Yanev, who at that time was the head of state's secretary for security, at the helm of two of his caretaker cabinets. Ministers' main task was to expose corrupt practices during the rule of Boyko Borissov and GERB. The other top priority was to stop the vicious practice of vote-buying at elections, which was delegated to renegade police investigator Boyko Rashkov.

Unlike last year, however, the new presidential government now faces other challenges. It will have to deal with inflation and economic slowdown, also linked to the drastic increase in oil, gas and electricity prices due to the war in Ukraine. The big question marks hanging over Mr Donev's cabinet are directly linked to Russia's aggression in Ukraine. Namely, will the new Radev-appointed administration U-turn on topics such as arms deliveries to Kyiv, diplomatic relations with the Kremlin and gas contracts with Gazprom?

One key appointment revealing Mr Radev's plans is that of the caretaker Energy minister. The caretaker cabinet can easily thwart the energy policy of Kiril Petkov's government, which strove for diversification of gas supplies and the suspension of payments to Gazprom; these policies can easily be reversed.

The previous government's refusal to pay the Russian company's supplies in rubles, which led to their suspension and the replacement of state gas supplier Bulgargaz's director Nikolai Pavlov, was a key point of tension between former PM Petkov and President Radev. Thus, the appointment of Rossen Hristov, who is an energy expert with mostly foreign experience (in Italy's Enel and Netherlands' Dietsmann) to this post is important, but his biography does not help us gauge the future direction of Bulgaria's energy policy.

The other significant position that might indicate Radev's plans is that of foreign minister, especially important given the Petkov government's expulsion of 70 Russian diplomats and embassy staff. The choice of career diplomat (and ambassador to Canada 2013-2017) Nikolay Milkov, who has mostly worked in Western countries, including Romania, France, Monaco and as a Consul to New York, hints of a continuation of Bulgaria's policy vis-à-vis Moscow. His career started at the Defense Ministry, where he was responsible for political relations with NATO in the early 1990s. Mr Milkov, however, is a continuation of Radev's foreign policy agenda: he is one of his mostly silent advisors who are being put in place to project the President's opinions.

The appointments reveal the depth of the rift between the president and BSP leader Kornelia Ninova. The disagreement between the two, which entered a new phase of recriminations recently, will likely deepen, as Mr Radev appointed at least three of Ms Ninova's top internal opponents as caretaker ministers - Krum Zarkov, to head the Judicial Ministry, Yavor Gechev (Agriculture) and Sports Minister Vesela Lecheva.

Mr Zarkov is the most interesting of the trio, as he has been the most active internal opponent of Ms Ninova in recent years, even bidding (unsuccessfully) to take over her post as a chairman of the Socialist Party. Mr Zarkov has been considered as the party's youthful, more liberal, pro-reformist face. His recent political tenure has been marked by his trenchant stance on judicial reform and the removal of the impunity of the Prosecutor General, as well as his opposition to the party line on machine voting. At the same time, he is thought of as "Radev's man in the BSP '' and rumor has it that the President hopes to take over the Socialist Party through him.

The next significant change made by President Radev is of Ms Ninova - who was Minister of the Economy and Industry - herself. This one may have more important implications than the fight for influence within BSP, as Ms Ninova famously opposed official weapons aid to Ukraine, but under her the Weapons Exports Certification Committee continued allowing arms exports that eventually reached Ukraine.

In this crucial stage of the war in Ukraine, it is important whether her successor Nikola Stoyanov would change this Janus-faced policy, which still allowed for indirect deliveries of precious supplies to the besieged nation. So far, the only notable highlight on Mr Stoyanov's CV has been as director of the board of VMZ - Sopot, Bulgaria's largest state owned weapons and munition factory. He was ousted by Ms Ninova in May this year, the pretext for which was his failed financial management of the company, an accusation he rejected.

Lastly, another close aide of the President to get a key position is Dimitar Stoyanov, Mr Radev's long-time head of cabinet and fellow graduate of the Air Force School (he also graduated from the US' Maxwell Air Academy, just as the president). He will head the Defense Ministry and is one of Mr Radev's long-time allies, his right hand throughout the past decades - he took over the command of the Graf Ignatievo Air base after Mr Radev became Air Force Commander, and was appointed Chief of Staff by the to-be-president between 2013 and 2016. Then, when Mr Radev entered office, Mr Stoyanov was one of his first appointments.

In short, this cabinet seems to be much more under the "manual management" of Radev than previous ones, especially in key areas, while the rest are given to people perceived as experts or recurring faces (like EU funds minister Atanas Pekanov or Culture minister Velislav Minekov). As such, the biggest dilemma for it, and hence the President, who turned into one of the staunchest opponents of the Petkov cabinets since the start of the war in Ukraine, is whether they will try to circumvent joint EU and NATO policy on Ukraine and Russia, or refrain from drastic moves. The next three months will be crucial.

The wait is over - after several arduous weeks of doomed negotiations between parties trying to form a regular cabinet, on Monday, 1 August, President Rumen Radev finally appointed a caretaker government and timetabled 2 October for snap elections.

Unlike with his previous three caretaker cabinets, the president did not consult the government (at least not in public, like on all previous occasions) with parties close to him and instead filled positions with his close confidants.