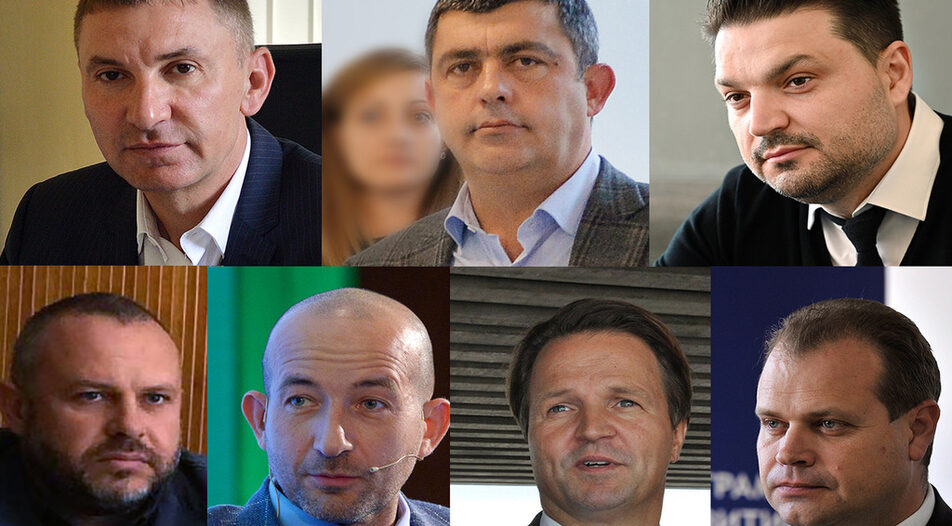 Veliko Zhelev, Vladimir Zhitenski, Viktor Velev, Velko Ruikov, Kalin Peshov, Kamen Kichev and Lazar Lazarov are some of the faces of the construction companies with the largest contracts.

Veliko Zhelev, Vladimir Zhitenski, Viktor Velev, Velko Ruikov, Kalin Peshov, Kamen Kichev and Lazar Lazarov are some of the faces of the construction companies with the largest contracts.

Nikola Minchev ousted as Parliament Speaker with 126 votes "for"

After a heated six-hour debate, the motion for Mr Minchev's sacking, submitted by TISP over his alleged mishandling of the hearing of outgoing Foreign Minister Teodora Genchovska (TISP) on Wednesday, passed with 126 votes "for", 113 "against" and Mr Minchev's own abstention. Votes in favor came, expectedly, from the parliamentary groups of GERB, MRF, Vazrazhdane and the loyalists in the TISP group, which will likely proceed with a general vote of no-confidence against the Petkov cabinet next week. A pro-Minchev march was organized on social media and will take place tonight at Parliamentary square in the capital.

The annual Report on the State of Defense and Armed Forces of the Republic of Bulgaria for 2021 was submitted to Parliament this week. While the report references the impact of the war in Ukraine on strategic threats to Bulgarian security, the main focus falls on the inadequacy of the army, which is an even greater cause for concern in the new environment.

Pressing issues listed in the report include the few active servicemen in the armed forces, and especially in the navy, the "moral and physical aging" of many of the weapons and hardware in use, dependency on Russian spare parts and the "worrying" technological backwardness of the army as a whole.

Much of the money that the state owes to road companies under contracts for road maintenance was negotiated illegally. This is the conclusion of the special commission formed by the Ministry of Regional Development and Public Works and the Ministry of Finance, which had to check contracts signed by the Road Infrastructure Agency (RIA) and road companies over the past few years.

The committee, which has reviewed a total of 34 road contracts, concluded that almost 80 of the awards did not comply with the terms of the contracts themselves. This means that out of the total 3.1 billion BGN awarded, almost 2.5 billion BGN was awarded illegally. In addition, a Capital Weekly investigation of all contracts signed by RIA during the last mandate of Prime Minister Boyko Borissov showed that only seven companies and consortiums have been awarded 4.9 billion BGN - 90 percent of all road construction and maintenance funds spent between 2019 and 2021.

Veliko Zhelev, Vladimir Zhitenski, Viktor Velev, Velko Ruikov, Kalin Peshov, Kamen Kichev and Lazar Lazarov (pictured) are some of the faces of the construction companies with the largest contracts.