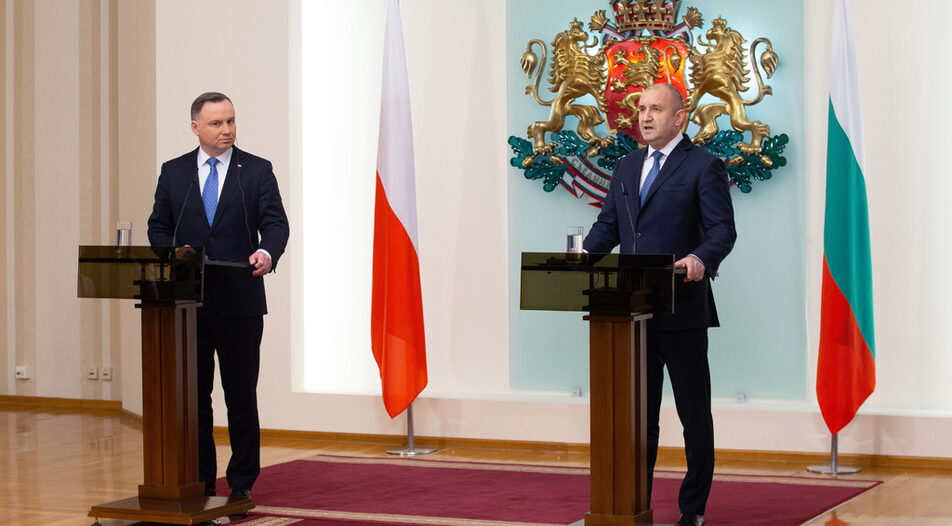 The day in 3 news: Prosecution to probe Petkov over Borissov arrest, President Radev offers helmets for Ukrainian civilians, Labor costs rise at the end of 2021

The day in 3 news: Prosecution to probe Petkov over Borissov arrest, President Radev offers helmets for Ukrainian civilians, Labor costs rise at the end of 2021

On Tuesday the saga of the arrest and interrogations of former ruling GERB party members continued:

The State Prosecutor's Office announced it would summon Prime Minister Kiril Petkov, Deputy Prime Minister Assen Vassilev and Interior Minister Boyko Rashkov for questioning. The three will be probed over the arrest of Boyko Borissov, Vladislav Goranov and Sevdalina Arnaudova and the searches of their homes last week, according to a statement published by the prosecutor's office on Tuesday. There is no information yet on when the interrogations will be held. According to the Prosecution, these procedures are needed as the first ones were carried out by an "incompetent institution" - a police investigator. More on the Borissov arrest read here.

After meeting his Polish counterpart Andrzej Duda in Sofia, President Rumen Radev said that Bulgaria needs to consider sending protective gear, including helmets and kevlar vests, to Ukraine, but with several caveats: they should only be distributed to civilians and priority should be given to Ukrainians with Bulgarian consciousness.

Mr Radev added he has also agreed with Mr Duda for Polish experts to come to Bulgaria and check whether Warsaw could maintain Bulgaria's fleet of aging Soviet MiG-29 fighters, which were until now repaired in the three belligerent countries (Ukraine, Belarus and Russia). The Bulgarian President announced another new initiative - Bulgaria and Poland will propose at the NATO summit this week the construction of fuel pipelines that cross the entire Eastern flank of NATO.

On Tuesday the saga of the arrest and interrogations of former ruling GERB party members continued: