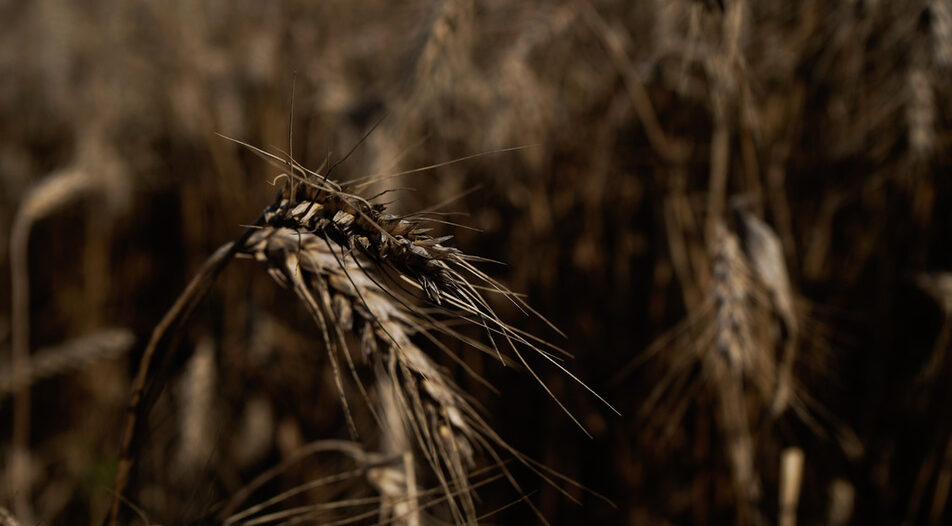 At the beginning of March, the government decided to secure state food stocks for at least a year by purchasing cereals from local producers. The reason is the uncertainty created by Russia's invasion of Ukraine and the volatility of grain markets. The state intends to enter the cereals market and buy from Bulgarian producers and traders about 1.1 million tons.

The government's intentions to ensure the country's food supplies in case of a shortage or a hypothetical radioactive contamination are logical insurance that can hardly be criticized. No matter how small the risk of this is, the state should be prepared.

The problem, as usual, is with performance. The government first tacitly suspended grain exports, thus blocking border crossings and ports with grain cargo for days. The government then announced that it wanted to buy huge quantities on a market basis, but, according to people in the industry, the offered prices are far lower than what they can get from exports. Moreover, at the moment the quotations on the international commodity exchanges are sharply increasing. No doubt, the cost of grains from the new harvest will be higher due to rising prices of fertilizers and fuels but, on the bright side, the available quantities of grains in stock in Bulgaria currently are enough to cover domestic consumption for three years.

The apple of discord

"As we all have seen, there was a danger of several accidents in Ukraine, including the fire at the site of a nuclear power plant. It was an office building, there was no danger of radiation, but then we decided we could not take a risk for the grain supply," said Prime Minister Kiril Petkov.

However, there is still no clear mechanism by which the government will buy cereals. The Minister of Agriculture Ivan Ivanov clarified that they will make offers through the Sofia Commodity Exchange. But if the state forcibly buys half of the grain available on the market, this will mean direct price intervention, including in the activities of the so-called commodity exchange. Meanwhile, wheat prices on international exchanges are rising sharply due to the war amid fear of shortages, because Russia and Ukraine produce 30% of the world's grain. Therefore, logically, farmers and traders hope to sell at a real price.

However, people in the industry point out that looking at market prices may not be the best thing to do at the moment. First, there are almost no deals in the Black Sea region in recent days and, secondly, transport costs are significantly lower in the case of domestic sales.

"On the so-called Sofia Commodity Exchange, the prices are 480 levs per ton, but the international price for the Black Sea region is already 750 levs per ton," says Artur Hakobyan, owner of the largest grain trader in Bulgaria - Sevan. The state's offer to buy grain at a much lower price could be possible, as exports have already been forcibly stopped and farmers are getting nervous before the new harvest, but the operation could ruin a large working industry.

Prime Minister Petkov said that the purchased quantities will be stored in the state reserve, but later the agriculture minister clarified that private warehouses will also be used. Information on the exact volume of stocks in the state reserve is not public. By law, the state stocks of wheat must be sufficient to cover 60 days of consumption which equals 300 thousand tons.

According to people in the industry, the state has nowhere to keep large quantities of grain. "The state reserve does not have enough warehouses to store such huge quantities. The only way is to oblige the producers themselves to store them. But they can do so only until the new harvest," former Agriculture Minister Miroslav Naydenov from ex-ruling GERB party told Bulgarian National Television. However, Finance Minister Assen Vassilev noted that the storage facilities in the country have a total capacity of 14 million tons and the new harvest "can be safely stored".

Significant funds will also be needed for the purchase of the planned quantities. Finance Minister Assen Vassilev announced that the government would allocate 1.1 billion levs to the Ministry of Agriculture which will be used to increase the capital of state-owned company Variety Seeds - Elite - Sofia. It has annual revenues of 200-300 thousand levs and five employees.

According to the owner of Sevan, the good grain warehouses have a maximum capacity of 2 million tons combined and are currently 80% full. The storage capacities of all grain growers are probably included in these numbers, but even in good warehouses the wheat preserves its quality for about half a year, representatives of the sector explained to Capital Weekly.

The government probably aims to present the additional expenditure as a capital investment and in this case, it will not be reported as budget deficit on a cash basis. Also, a parallel could be drawn with the GERB's scheme of pouring money into the State Consolidation Company and state-owned motorway company Avtomagistrali which re-allocated public funds to small companies with little experience in the field. Now the risk with the new inexperienced star Variety Seeds - Elite is that the state could be buying expensive and low-quality grain with a billion of taxpayers' money.

Bulgaria is a traditional net wheat exporter. In 2021, the state harvested 7.16 million tonnes from a total of 1,204,334 ha put to wheat, according to Agriculture Ministry data. In 2020, Bulgaria reached a record high production and ranked 13th in the world with over 3.2 million tons sold abroad for almost 700 million dollars. The quantities produced each year are several times higher than the country's own needs, which stand at about 1.5-1.7 million tons.

Wheat harvesting begins in June, and until then, producers and traders are emptying the barns to start storing grain from the new crop. At the very least, the quality of grain deteriorates over time, even if there is sufficient capacity to store it. Also, the sector is sure that the new harvest will be strong, judging by the area sown last autumn and weather conditions so far.

How big is the problem

The big question is whether the armed conflict will be resolved by the middle of the year. In Ukraine, farmers will be unable to spread fertilizers over the sown area, and harvesting will be almost impossible in wartime. Spring sowing which must begin in a month's time will be even more threatened. Farmers in Ukraine are unlikely to sow sunflowers and corn en masse, and even in areas without armed hostilities there is a shortage of fuel for farm machinery, as what is available is being directed to the army. Even if the war stops, Black Sea ports used for grain exports may be blocked for a long time, at least due to high prices demanded by ship insurers.

At the beginning of March, the government decided to secure state food stocks for at least a year by purchasing cereals from local producers. The reason is the uncertainty created by Russia's invasion of Ukraine and the volatility of grain markets. The state intends to enter the cereals market and buy from Bulgarian producers and traders about 1.1 million tons.