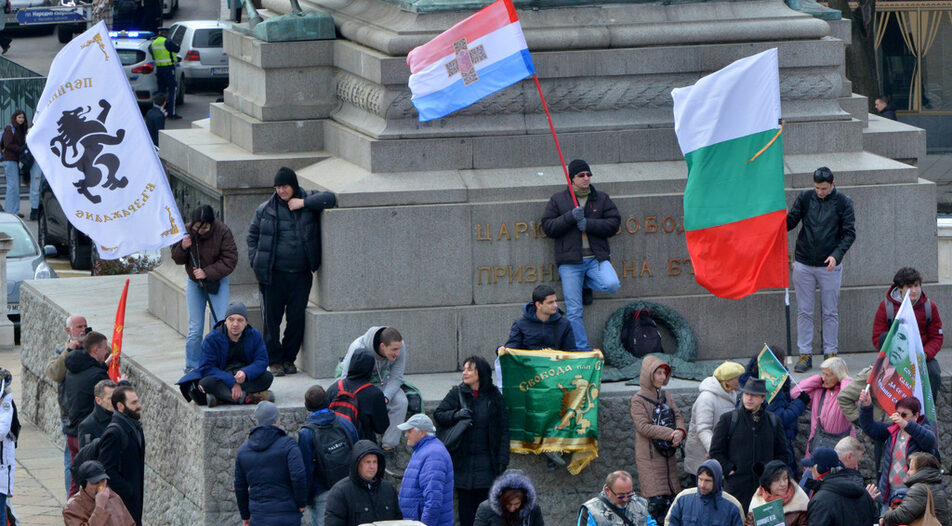 Protest against the green certificates

Protest against the green certificates

Dozens of people gathered in front of the National Assembly today to protest against the green certificates. The organizer again was the small Vazrazhdane party that had convened other anti-green certificate protests in January.

Prime Minister Kiril Petkov made a surprise appearance, telling protesters that Bulgarians needed to be united and to work together. However, he said that the cancellation of all Covid-19 restrictions depends on the reduction in the number of hospitalized COVID-19 patients. Petkov had previously stated (on Monday) that green certificates would be canceled from 20th March.

The anti-corruption agency (CIAF) has started a conflict of interest case against Transport and Communications Minister Nickolay Sabev and his former deputy, Iliya Iliev. The probe follows tip-offs and a media publication on the website Afera.bg alleging that Sabev continued as a partner in a private transport company after becoming a Minister.

During the ongoing epidemic in the country, 800.4 thousand Bulgarians made tourist trips in the fourth quarter of 2021. Most of them (93.9%) traveled only within Bulgaria, 5.3% went abroad and 0.8% - both within the country and abroad. Compared to the same quarter the year before, in 2020, trips increased by 69.7%, according to data from the National Statistical Institute (NSI). Still, this is far below levels reported in the pre-pandemic 2019 - in the fourth quarter of the year, when Bulgarian tourists numbered 1.3 mln.

Dozens of people gathered in front of the National Assembly today to protest against the green certificates. The organizer again was the small Vazrazhdane party that had convened other anti-green certificate protests in January.