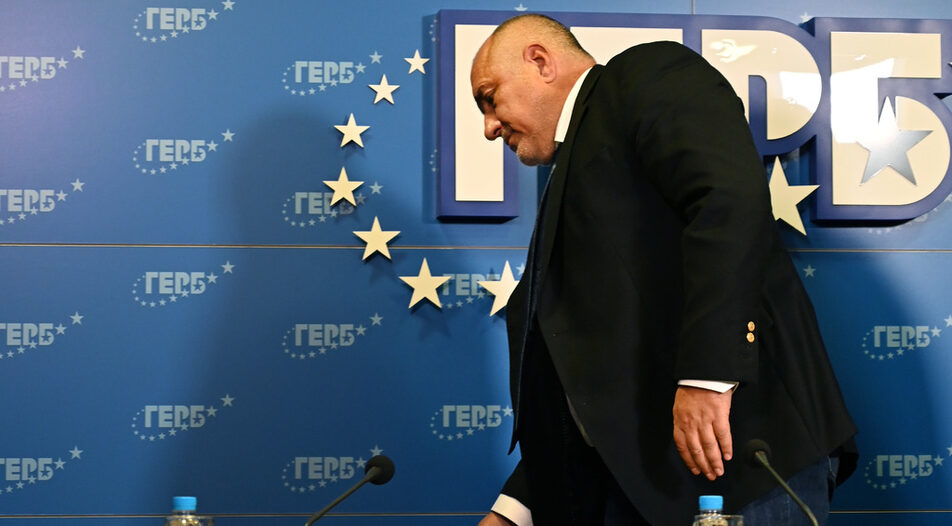 A house in Barcelona returns to haunt Boyko Borissov

A house in Barcelona returns to haunt Boyko Borissov

For two years, the State Prosecution kept silent about the Spanish money laundering investigation linked to the former Prime Minister with the excuse that the Catalan police had not sent any intel to Bulgaria. Now two reports have suddenly emerged

For more than two years, Bulgarian society has been left in the dark by the State Prosecution about the so-called Barcelonagate money laundering scandal involving former Prime Minister and GERB leader Boyko Borissov. But a new set of reports, supposedly sent to the Bulgarian prosecution and the government, have reinvigorated the corruption probe.

The story, in short, goes like this. In February 2020, Catalan newspaper El Periodico announced that local police had launched a probe into the purchase of an expensive property in the regional capital (hence the name of the scandal) by Borislava Yovchev, a Bulgarian bikini model and supposed former sweetheart of Mr Borissov. It was discovered that her luxurious lifestyle in Barcelona had been supported by funds of unclear origin. Local investigators implied that the trail could lead to Bulgaria's then-Prime Minister, who, in turn, would not have been able to explain such purchases, seeing that he has always declared only modest savings.

Just as the story was enveloping, however, Bulgaria - and the rest of Europe - entered the first phase of the Covid-19 pandemic. Later in 2020, the country was engulfed in mass anti-graft protests, but the focus fell on other instances of high corruption and on the ineffectiveness of the State Prosecution in investigating them.

Periodically, Barcelonagate was mentioned by journalists, entering the public consciousness last in January this year. Then, during the hearing of Prosecutor General Ivan Geshev by the LIBE Committee of the European Parliament, in response to MEPs' questions, he said that the investigation into the Barcelona house had stalled because Spanish police had not responded to the Bulgarian Prosecution's enquiries.

No more excuses with the Spanish police

Until last week, when the Bulgarian government announced that, at the request of its secret services, the Catalan police had sent a 26-page report with references to possible international money laundering worth 5 million euro. The report, seen by Capital weekly, almost directly claims that former Prime Minister Borissov is the unifying link between all the individuals involved in the business network. This seemingly explains how Borislava Yovcheva, "Borissov's alleged mistress", lives in a luxury house in Barcelona, drives a white Porsche MAGAN and runs a luxury boutique in the city's central commercial district. The house was bought for about 3 million euro in March 2013, when Yovcheva's daughter was less than a year old, the document claims.

The news of the report caused uproar and was an unpleasant surprise for Mr Borissov, GERB and apparently for the special prosecutor's office. The former ruling party tried to downplay it, while Borissov called it a warmed-over mishmash of media publications that is released to distract from the crises facing the government.

Others questioned its authenticity. GERB Deputy Chairman Daniel Mitov told BNT that the Spanish prosecutor's office had refused to initiate any proceedings on this topic as early as last year because it had judged that there had been no evidence of money laundering. On Wednesday, however, Elena Yoncheva MEP (BSP-PES) who is a member of the LIBE Committee, reminded the public that the head of the Prosecutor's Office for the Fight against Corruption and Organized Crime of Spain, Alejandro Luzon Canovas, told the European Parliament last July that the investigation had not been terminated. Rather, it had been transferred to the Bulgarian prosecutor's office in order to avoid a duplication of investigations.

The Specialized Prosecution awakens from a deep sleep

Surprisingly, on Tuesday last week the leadership of the Specialized Prosecutor's office convened a special briefing where it announced that it had also received information from the Spanish authorities the previous day, 14 February. The 219-page volume about Barcelonagate followed after two European Investigation Orders (EIOs) were sent to Spain via the Eurojust system. The spokesman of the special prosecutor's office Hristo Krastev said that the magistrates were still awaiting the reply to the second order and stressed that it would take a long time to translate more than 200 pages from Spanish and then analyze the contents.

Valentina Madjarova, the head of the Special Prosecutor's Office, announced she had asked the National Security Agency (DANS) and the Interior Ministry why they had asked Madrid for information about Barcelonagate separately. Curiously, the prosecutors never commented when they sent EIOs to Spain. This is an important detail - the executive said they had sent their separate request for information in December 2021 and received a response on 28 January - just six weeks later. With the official investigation of Barcelonagate launched by the Prosecution in the fall of 2020, this means that A) the Bulgarian Prosecution has been made to wait for over a year to get information on the case from its Spanish counterparts, or more likely B) it has waited for a long while before even sending the information request in order to drag the case down.

What does the report (allegedly) say?

So, what has the Spanish police actually told the Bulgarian side about the case? The report claims that, after receiving tip-offs by civil activists from the "BOETS" movement in 2019, the Spanish authorities had carried out various actions. First, they had launched a full investigation and economic analysis of the two companies run by Borislava Yovcheva and her father in Barcelona. They also probed all transactions related to the creation and purchase of the luxury house and a boutique in the Catalan capital and after the sale of the house in 2020, soon after the El Periodico investigation was made public.

The Spanish authorities claim they have found indications of the existence of a business network of connected persons who facilitated the transfer of money towards Ms Yovcheva. The public information from open sources about the current and former known contacts of Mr Borissov, along with various individuals from the legal and semi-legal business, have been examined and compared with the known facts about the transfers in the companies managed by Ms Yovcheva and her father. On this basis, it is concluded that the two companies they control have been "fed" by those close to Borissov, including Ivan Sazdov, former associate of Mr Borissov in his private security company, as well as Yordan Hristov, a close friend of the former PM from his hometown of Bankya, and Desislava Spassova, former wife of Svetoslav Spassov, who used to be councilor to Mr Borissov.

What is significant in terms of the public interest in the case are the findings that there is public evidence in open sources that two significant investments made in property in Spain totalling 5 million euro may have come from undeclared funds from senior Bulgarian government officials, including Boyko Borissov. The information discovered "points to possible irregularities in the financial operations, which could link the former Prime Minister to various individuals involved in the scheme investigated by this team and which, if confirmed, would constitute an alleged offense of international money laundering amounting to more than 5 million euro," the report states.

"From the information gathered and the investigations carried out, it is possible to suspect a link between Borislava Yovcheva [and her minor daughter, Ema, who is allegedly by Mr Borissov] and Bulgarian funds linked to Borissov," said the report, which also claims that there was no evidence regarding the legal origin of much of the funds invested in the investigated companies.

Under a prosecutorial cover-up

This case is further proof of how the Prosecution has been instrumentalized to cover up potential transgressions by members of the former status quo. In its current state, the Bulgarian prosecution will only do its duty if it is pressured from outside the country - be it through the Magnitsky sanctions, which caused MRF MP Delyan Peevski to divest his companies and properties, and his party to take on the initiative of the abolition of golden passports, a scheme it helped establish. Or through Laura Kovesi's European Prosecutor's Office, which recently brought its first Bulgarian investigation to court just two months after the arrest of the defendant.

Specialized Prosecution spokesman Hristo Krastev said that more than 90 percent of the actions in the Barcelonagate investigation have been carried out, and all witnesses have been questioned, including Mr Borissov, Ms Yovcheva and her father. Forensic examinations have been made, and bank secrecy has been disclosed etc.

Despite this progress, the prosecution has not yet been able to say whether there is evidence of a crime in the case. What is certain is that, in the current transformed political environment, it is increasingly unlikely that the Barcelonagate scandal will continue to be swept under the carpet.

For more than two years, Bulgarian society has been left in the dark by the State Prosecution about the so-called Barcelonagate money laundering scandal involving former Prime Minister and GERB leader Boyko Borissov. But a new set of reports, supposedly sent to the Bulgarian prosecution and the government, have reinvigorated the corruption probe.

The story, in short, goes like this. In February 2020, Catalan newspaper El Periodico announced that local police had launched a probe into the purchase of an expensive property in the regional capital (hence the name of the scandal) by Borislava Yovchev, a Bulgarian bikini model and supposed former sweetheart of Mr Borissov. It was discovered that her luxurious lifestyle in Barcelona had been supported by funds of unclear origin. Local investigators implied that the trail could lead to Bulgaria's then-Prime Minister, who, in turn, would not have been able to explain such purchases, seeing that he has always declared only modest savings.