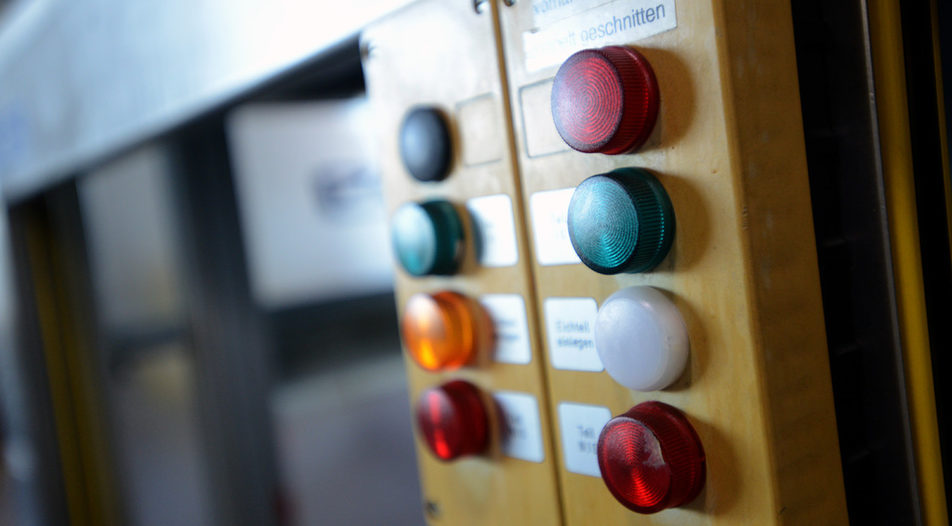 Bulgaria’s GDP: Nowhere to go but up

Bulgaria’s GDP: Nowhere to go but up

The sharpest economic drop on record was expected to be followed by a quick recovery. The third quarter is not looking so good though.

Currently, economic forecasts for Bulgaria and Europe point to a significant decline in GDP for the year and a more visible recovery period starting in 2021

Following months of news regarding the dire state of the global economy, the world now has a clearer picture of the collapse caused by the restrictions on business activity imposed to contain the coronavirus pandemic. In Europe, the economy shrank by over 12% on an annualized basis in the second quarter. Rich Western countries took the brunt of the fall - some economies reported a GDP decrease of over 20%. Unemployment around the world returned to double-digit levels last seen during the global financial crisis of 2007-2008.

Against this backdrop, the Bulgarian economy looks comparatively alright - GDP decreased by 8.5% on an annualized basis in the second quarter - the eighth smallest decline in the EU based on preliminary data published by the time of writing. Unemployment rose by over 3 percentage points to a peak of 9% in May but started to go down in June. Also, business indicators have already started to improve and the government is planning additional measures to help businesses and the economy in the second half of 2020, hoping to offset the shortfall expected from the disappointing tourism season.

However, the Bulgarian economy is not going through the V-shaped recovery most experts were hoping for during the lockdown period - a sharp decline followed by rapid growth. Economic activity has picked up from the record lows reached in April, but consumption remains subdued, the number of unemployed looks unlikely to return to the pre-crisis levels anytime soon, and companies dare not plan or invest because of prevailing economic uncertainty. Hence, economic activity remains repressed, which creates long-term risks for government finance - according to the revised version of the budget, government expenditures will exceed revenue by a sum equivalent to 3% of GDP. In March, the Ministry of Finance was expecting a GDP decrease of 3% this year, whereas, in September, the Bulgarian National Bank predicted a drop of 8.5%. And with coronavirus cases increasing again all over Europe, it remains unclear what the fall might bring the economy.

In the second quarter, Bulgaria produced goods and services worth 27 billion levs (13.8 billion euro). This represents an economic contraction of 8.5% on an annualized basis, which is the most significant decline since the end of 1999. A breakdown of express data shows that private sector investment decreased by 14% in April-June compared to the same period of 2019. Consumption increased, albeit slightly - by 0.4%, due to increased government spending, whereas household purchases decreased by 0.2%.

However, Bulgaria's results are not that bad compared to what Western Europe reported. The eurozone's economy contracted by 14% in the second quarter. Spain, Italy and France reported a drop of about 20%. Bulgaria's largest trading partner - Germany, reported a GDP decrease of 11% compared to April-June 2019. This can also be seen in Bulgarian trade data - exports and imports are both down by close to one fifth.

The relatively good news is that the poor results are largely a reflection of the restrictions on economic activity imposed in April and the first half of May. Since then, primary indicators have shown improvement, though perhaps not as big as experts were hoping for at the beginning of the crisis.

So far, the Bulgarian industrial sector is doing well - production increased by 2.3% in July on a monthly basis and turnover rose by 22%. Manufacturing activity is at 94% of the levels reported in July 2019. However, the labour market hasn't benefited from the reopening yet - since March, manufacturing firms have let go 26,000 employees, according to data from the Bulgarian Employment Agency. The positions were still vacant by the end of June.

Domestic demand is also weak. Retail trade is still stagnating at lockdown levels. In July, revenue from retail sales remained close to 18% below last year's level. Turnover from fuel sales decreased by 21% compared to July 2019. Apparel sales are down 23% on an annualized basis; in electronics, the drop is 21%.

"For the second half of 2020, we are worried that the resurgence in the number of infections will slow the recovery through the demand channel," said economist Valentin Tataru of ING in regard to Bulgaria. Average wage growth began to pick up again in May but job uncertainty still prevails and fears of a second lockdown in the fall are mounting. As a result, consumers are withholding unnecessary purchases - the household saving rate in the eurozone was at a 20-year high of 16.8% in the first quarter of the year. "People consume less, invest less, which consequently leads to an economic slowdown," economist Georgi Angelov of Sofia-based Open Society Institute said in an analysis.

Currently, economic forecasts for Bulgaria and Europe point to a significant decline in GDP for the year and a more visible recovery period starting in 2021. This is the optimistic scenario for the years ahead but so far the signals coming from the real economy have not been encouraging.

For example, the third quarter of this year will likely reveal the damage inflicted on summer tourism. Although anecdotal evidence points towards an increase in the number of Bulgarian tourists in small seaside towns, the big picture tells a different story.

In general, over two-thirds of tourism revenue in Bulgaria comes from foreign holidaymakers, with summer resorts especially dependent on visitors from abroad. In July 2020, a total of 167,000 foreign nationals visited the country for a holiday, according to data from the National Statistical Institute. A year earlier, the number was close to a million more. Consequently, the revenue from overnights spent at hotels totalled 122 million levs in July (including both Bulgarian and foreign tourists), compared to 346 million in the same period of 2019. The revenue from foreign visitors decreased by 77% on an annualized basis to 64 million, whereas the revenue from Bulgarian nationals fell by 12%. According to official statistics, 50,000 fewer people were employed in the food and accommodation sectors in June, compared to the same month of last year.

For the time being, corporate lending also remains weak with modest growth of 2.8% in June on an annualized basis, which will mean weaker investment activity in the coming months. However, ING's Valentin Tataru is betting on a strong recovery coming from the public sector. "The government's fiscal expansion planned for the second half of 2020 could reach unseen levels, as the government needs to spend around 4.5% of GDP if it wants to reach its budget deficit target of 3.0% of GDP," he said.

According to economist Lachezar Bogdanov of Sofia-based Institute for Market Economics, additional economic relief measures such as extra money for retirees and increased wages in the public sector will support consumptions in the short term. "Investment projects that have already started, including in the private sector, are being completed. Unlike in 2008-2009, all major infrastructure projects are also being implemented. Additional EU funds will be spent. Whether there will be new investments is another question," Bogdanov told Capital weekly. "The industrial sector is doing quite well. In fact, [the crisis] may turn out to be less scary than we initially thought," he added. According to Bogdanov, the main difference now compared to the previous crisis, and the most important relief measure is the implementation of the credit moratorium, which gave households and businesses the option to postpone paying their debts until the end of September.

That said, Bogdanov is more of an optimist - he believes that a 7% decrease in GDP is too pessimistic of a scenario. However, predicting what the end of this turbulent year will look like is difficult. As of yet, it is still unclear whether or not there will be new closures and restrictions in the fall, and also whether the political tensions in Bulgaria will escalate and spill into the economy.

Currently, economic forecasts for Bulgaria and Europe point to a significant decline in GDP for the year and a more visible recovery period starting in 2021

Following months of news regarding the dire state of the global economy, the world now has a clearer picture of the collapse caused by the restrictions on business activity imposed to contain the coronavirus pandemic. In Europe, the economy shrank by over 12% on an annualized basis in the second quarter. Rich Western countries took the brunt of the fall - some economies reported a GDP decrease of over 20%. Unemployment around the world returned to double-digit levels last seen during the global financial crisis of 2007-2008.