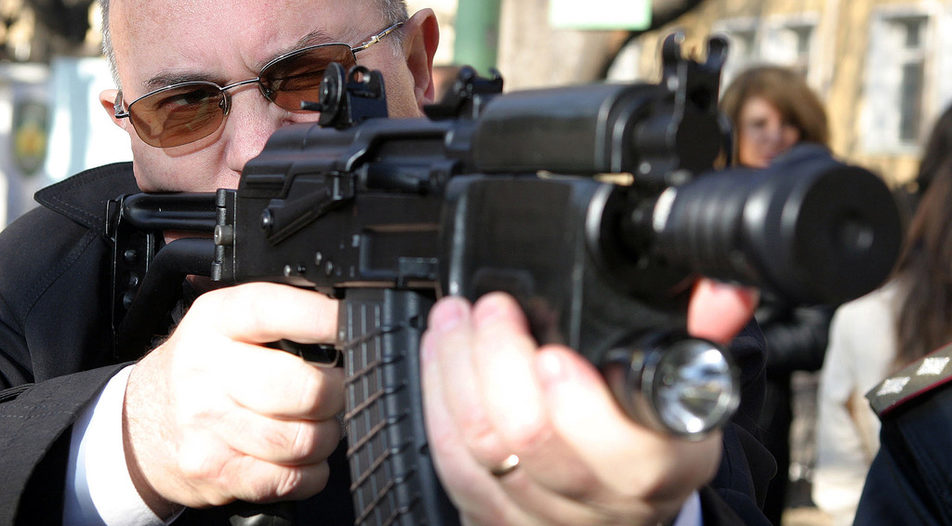 Saudi Arabia consolidates its place as a top small arms export destination for the third year running, despite human rights abuses and uncertainty about where weapons end up

"There are over 550 million firearms in worldwide circulation. That's one firearm for every twelve people on the planet. The only question is: How do we arm the other eleven?" asks fictional arms smuggler Yuri Orlov, played by Nicolas Cage, in the 2005 movie Lord of War.

Over the past five years, Bulgaria appears to have taken Orlov/Cage's mission to heart, revamping its previously struggling arms industry into a powerhouse of economic growth. And while the exports of small arms, ammunition and various types of mortars and rocket launchers are licensed by the state - unlike in the movie - the country's largest trading partners in the sector are regimes of dubious reputation, including Saudi Arabia and Iraq.

Professor Dimitar Dimitrov, chair of the National and Regional Security Department at the University of National and World Economy (UNWE) - Sofia says several factors have contributed to this boom in sales. "Increasing global tensions stoked demand for such weapons and the Arab Spring revolts triggered regional conflicts where conventional weapons are used, leading to Bulgaria's reconnection to traditional trade partners. Bulgarian factories also kept up high-quality production. Making light assault weapons is not just up to anybody; only about 30 countries in the world engage in mass production," Dimitrov told KQ.

In 2017, Bulgaria exported 1.2 billon euro worth of weapons and ammunition, according to a report from the Interministerial Commission for Export Control and Non-Proliferation of Weapons of Mass Destruction, part of the Ministry of Economy. Over a third, or 417 million euro, came from a single customer - Saudi Arabia, notorious for its violations of human rights and international law, including the brutal killing of Washington Post columnist Jamal Khashoggi in the Saudi consulate in Istanbul, and involvement in the civil war in Yemen.

From zero to hero

And while the Khashoggi killing prompted a public debate about weapons exports to Saudi Arabia in the US and various European countries, including Norway, Germany and the UK, Bulgaria quietly postponed releasing its weapons export report by three months (typically published in August, in 2018 the report for the previous year came out in late November) so that it did not coincide with the burgeoning international debate about sanctions against the Kingdom.

On the contrary, over the past year, Saudi Arabia and Bulgaria have exchanged high-level visits and have set up embassies in their respective capitals. "Saudi Arabia is a primary international partner of Bulgaria," Prime Minister Boyko Borissov told Saudi Prince Turki Bin Saud Bin Mohammed Al Saud during his latest visit to Riyadh in December 2018.

Even though weapons exports never feature as a topic in the official programs for Bulgarian-Saudi discussions released to the media, they are the warmest link between the two countries. It was not always like that - in 2012, when the Interministerial Commission began operation, it reported zero sales and permits for weapons exports to Riyadh. Yet, from 2013 onwards, exports have started flourishing, marking a fourfold increase between 2015 and 2017. It is questionable, however, where some of the Bulgarian-made small arms go.

A December 2017 investigation by Conflict Armament Research (CAR) found that a "significant source of weapons recovered from Islamic State in Iraq and Syria were Eastern European countries who sold them to the United States". Considering that in 2017 Bulgaria sold over 114 million euro worth of weapons to Iraq, it is possible that both sides of the civil war in the Middle Eastern country have used Bulgarian-produced weaponry.

And it is far from being the only conflict in which Bulgarian guns have been used. According to a 2017 report by Armament Research Services (ARES), Bulgarian-made weapons have been used by Saudi-aligned militias in the devastating Yemeni civil war that has plagued the poor Arabian Peninsula country since 2014.

There are definitely reasons to question where Bulgarian weapons go. A series of Bulgarian police raids in late November, which seized enough weapons to "arm two platoons", as Mr. Borissov said, underlines that. It showcased that amid a ramp-up of weapons' production, huge quantities of arms and ammunition, including 65 automatic rifles, 43 handguns, 37 machine pistols, 400 gun barrels, 14 launchers for rocket-propelled grenades, RPGs, and around 50,000 rounds of ammo, could disappear unnoticed from Arsenal-Kazanlak, one of the largest factories in the sector.

What does Bulgaria export?

Most Bulgarian arms exports comprise small arms, artillery pieces and ammunition. Experts say these weapons contribute to insecurity and to the intractability of conflicts - and may have grave consequences for civilians stuck in combat zones.

"Those are hugely problematic weapons transfers, which carry a high risk that arms could be misused or sold off in conflict areas," Patrick Wilcken, an arms-control researcher at Amnesty International, told KQ.

The top five importers of Bulgarian arms in 2017 were Saudi Arabia, Iraq, the US, Algeria and India. Together, they bought over two-thirds of Bulgarian arms exports that year (see graph). Sales to Saudi Arabia alone were ten times higher than Bulgaria's arms exports to its European Union partners combined, 417 million euro compared to 40.4 million euro.

According to the UN Register of Conventional Arms 2017 report for Bulgaria, Saudi Arabia bought 145 large-calibre artillery systems, 17 armoured combat vehicles, over 1200 heavy and light machine guns and 1000 recoilless rifles, anti-tank missiles and mortars. Their largest single purchase in 2017 in terms of volume was 25,500 assault rifles. Arsenal-Kazanlak is one of the main manufacturers of assault rifles in Bulgaria, with its NATO-compatible 5.56 x 45 mm AR-M9 and AR-M9F models.

Weapons exports have breathed life into the Bulgarian arms sector that was, for over 20 years, either in free fall or stagnating. In 2017, the sector showed signs of having reached the peak of its current potential, as revenue growth of weapons manufacturers and traders slowed down to about 20% from 40% in 2016. Yet, it played a significant role in exports, forming 1/20th of the total export figure of 23.5 billion euro. Precise data for 2018 is not available yet, but the National Statistical Institute reported in November a 41.6% annual drop in arms exports. This might ultimately mean that the industry has overheated and, if it does not invest in R&D and innovation, could start declining again.

The arms sector also plays a pivotal role in the relatively disadvantaged regions where its largest companies are located - VMZ in Sopot, Arsenal in Kazanlak and Arcus in Lyaskovets are all based in central Bulgaria, while Dunarit is in Ruse, in northern Bulgaria, all of which have lagged well behind Sofia. The Bulgarian Defense Industries' Association, which comprises 27 companies, employs over 30,000 people.

In another scene in Lord of War, Nicolas Cage's character notes the cult AK-47 assault rifle was Soviet Russia's most profitable trademark. "An elegantly simple nine pound amalgamation of forged steel and plywood, it doesn't break, jam, or overheat. It will shoot whether it's covered in mud or filled with sand. It's so easy even a child can use it, and they do," he exclaims. To an extent, this also applies to Bulgaria, which maintains the high quality of its own "Kalashnikov" model.

Yet, being so good at "Kalashnikovs" is both a blessing and a curse, as Sofia's weapons exports industry is still a long way from transitioning to higher-value products that target more advanced allied militaries rather than its traditional customers of recent years. Currently, there are talks about manufacturing armoured personnel carriers and drones, the latter in collaboration with Israel. But if revenues from the weapons' sales spree are not used wisely for upgrades at the arms plants, Bulgaria may remain at the mid-low end of the industry.

"There are over 550 million firearms in worldwide circulation. That's one firearm for every twelve people on the planet. The only question is: How do we arm the other eleven?" asks fictional arms smuggler Yuri Orlov, played by Nicolas Cage, in the 2005 movie Lord of War.

Over the past five years, Bulgaria appears to have taken Orlov/Cage's mission to heart, revamping its previously struggling arms industry into a powerhouse of economic growth. And while the exports of small arms, ammunition and various types of mortars and rocket launchers are licensed by the state - unlike in the movie - the country's largest trading partners in the sector are regimes of dubious reputation, including Saudi Arabia and Iraq. 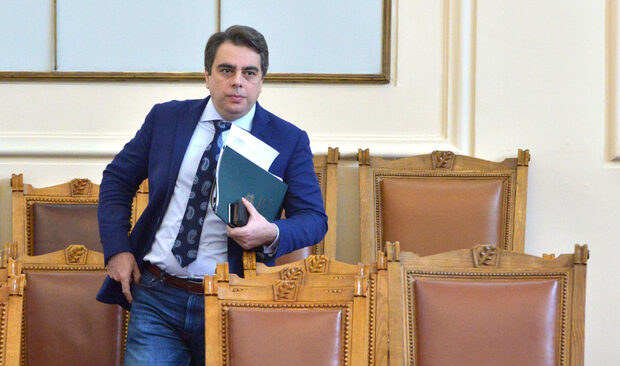