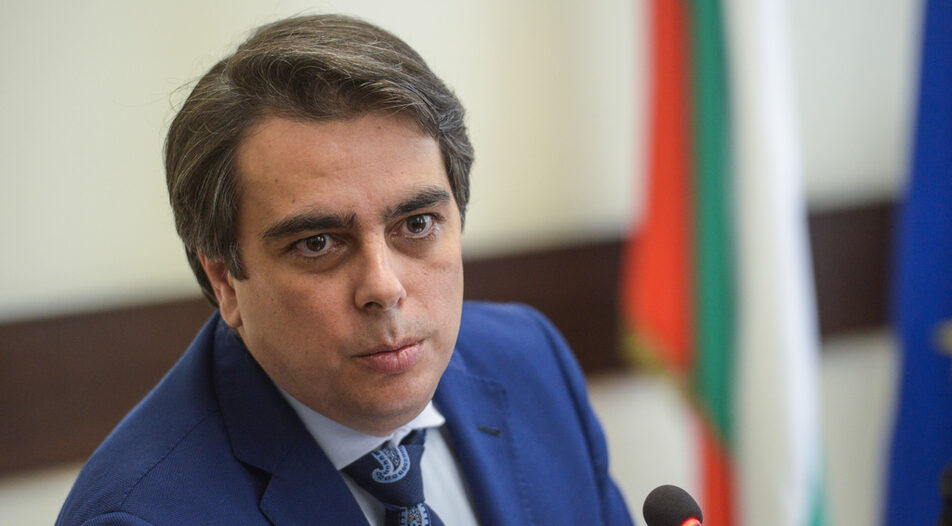 The National Revenue Agency will have its hands full in the next two months after caretaker Minister of Finance Assen Vassilev promised to conduct checks at all companies that benefited significantly from state resources and on those with large cash reserves. He's also vowed to improve tax collection.

These promises are mostly political as the NRA is likely to be unable to conclude the process by the end of the caretaker government's lifespan in July. Many firms hope that his words are an attempt to send a message that all companies will now be equal in the eyes of the NRA. However, the specifics are also important - who would be affected, in what way, and what the end results would be.

Vassilev's promised to carry out tax audits of the top recipients of state funding and their subcontractors. Here, the focus will be on public procurement and EU subsidies allocated by the coalition government led by GERB party. Last year, seven companies received a total of 4.3 billion levs (2.2 billion euro) in state resources - about a quarter of the total 15.8 billion levs distributed in the form of payments for public procurement contracts and subsidies in 2020. In the first four months of this year, three companies already received 1.3 billion levs. The largest recipient is state-owned motorway construction company Avtomagistrali which was awarded contracts worth over 2 billion levs last year with no public tenders. Among the bigger private recipients there are several construction companies working on rail and road infrastructure projects.

According to a tax lawyer, if the audits are carried out the way they should be, irregularities would be easy to spot in the accounting records. For example, a company with a low turnover and marketing costs in the hundreds of thousands of levs would be an immediate red light.

"I think businesses are aware that they will be audited. This also applies to companies that have benefited from aid for anti-Covid measures. But I find it strange that companies with large cash reserves would apply for aid," said Evgeni Ruikov, board chairman of the Institute of Professional Accountants in Bulgaria (IASB).

Tax consultants and accounting experts in the country generally believe that the NRA wouldn't have the capacity to initiate too many audits at once in a short period of time.

"An audit lasts at least three months, and it can be extended up to six months or even more than a year. In my opinion, in the last 5-6 years the NRA's work has improved significantly with regard to voluntary tax payments. Also, it's much less common now to visit the NRA offices in person - everything is done digitally, which makes tax inspectors much more compliant and easy to work with. From this point of view, corruption should have decreased," adds Ruikov.

Vassilev told Bulgarian National Radio that the finance ministry has begun analyzing companies' declared cash reserves. "We're talking about billions of levs [] If firms don't have the money they've declared in their reserves, the first question would be to ask them where it is," said Vassilev.

He didn't specify the amount of money he was referring to, nor the number of companies that made it into the report. But his words are a message that firms with large cash reserves may face questions. The previous government also initiated a series of audits in this regard in 2017. A year later, the total sum of corporate cash reserves had shrunk by 40% to 8.1 billion levs. Most of the money was distributed in the form of dividend payments.

"The audits for large cash reserves began in 2017. In the first year, the selection included firms with over 100,000 levs in reserves each. Afterwards, the bar was lowered to 50,000 levs. We all know that this is profit distribution under the table which, for the most part, firms cleared by paying a 5% dividend tax, and there are almost no normal enterprises with large cash reserves left anymore," said Ruikov. Colleagues of his add that following the NRA's actions in 2017 the practice of holding large cash reserves has changed. They also add that in general it's really not a question of setting aside cash to buy votes in elections.

In the shadow of lost billions

The most alarming of the minister's statements is that in the period between 2017 and 2020 the NRA wrote off 10 billion levs in dues to the state - a fact that the previous management of the agency refused to disclose to the public. About 60% of the sum is accrued interest. The largest receivables were established for the period 2006-2009 and are practically uncollectible. In a report examining good practices for managing arrears, the OECD has said that the sooner the revenue administration was able to contact the debtor, the higher the chance of recovering what was due.

"The period between 2006 and 2010 was the one with the most brutal stories of VAT theft. Frauds like that are not possible now because the NRA has established control mechanisms and competencies along the chain," says a tax lawyer. He adds that the more the competencies of the agency are improved, the more uncollected receivables will be established. They, in turn, are transferred to public contractors - the weak link in the chain, according to the lawyer, because they sometimes stall in favor of faulty taxpayers.

Vassilev also presented data on current dues to the NRA in the amount of 9.9 billion levs. He explained that efforts will be made to collect at least part of that sum. There are various companies on the list but so far there is no analysis of why they have become debtors to the state.

"The data shows that 1,400 taxpayers owe the NRA 9.9 billion levs. These are hollow companies - firms in tourism, energy, and companies that have allegedly benefited from preferential treatment by the government for years. Despite the somewhat fair outrage at what was seen, the overall policy of the NRA for the last 20 years gives the impression of increasing use of reputation and other incentives to support voluntary compliance with tax legislation," Bulgarian economist Krasen Stanchev said in an analysis published by Radio Free Europe.

The budget so far

By the end of May, the Bulgarian budget was expected to be in deficit of 173 million levs equivalent to 0.1% of the projected 2021 GDP, the finance ministry estimated last month. Revenues and expenditures have both been growing by double-digit rates compared with the previous year, and some analysts expressed doubts that the budget will be able to stay in line with the deficit target of 4.9 billion levs set for the year). According to Assen Vassilev, costs are increasing a bit faster than expected but that's not a surprise given the fact that state aid to businesses suffering Covid-induced losses has been extended into this year, and so were the pension supplements for retirees. Vassilev has said that he believes the deficit set for the year is achievable, and so far there's no need to look for funding through selling government securities on the domestic or international market. "At the moment we have liquidity and there is no need. But our colleagues are ready - if the market is good and need arises. In a few months, it may be necessary, if costs go up. Also, according to the budget framework, there are government securities still to be issued this year," Vassilev told Capital Weekly in an interview. He added that by the end of June the government should be ready with a roadmap for adopting the euro.

Who is Assen Vassilev, caretaker Minister of Finance

Assen Vassilev's first worked for the government as Minister of the Economy, Energy and Tourism in 2013. He holds a degree in economics from Harvard, specializing in business administration and law. He is a co-founder and director of the Center for Economic Strategy and Competitiveness, a Sofia-based independent non-profit organization. From 1999 to 2004 he worked as a consultant for Monitor Group in the USA, Canada, Europe, and South Africa. He heads marketing and strategic development projects for large international companies in telecommunications, energy, mining, insurance, and several major consumer goods manufacturers.

Who is Rumen Spetsov, new head of the NRA

Rumen Spetsov replaced Galya Dimitrova as head of the National Revenue Agency (NRA) in mid-May. Spetsov is a tax expert with over 10 years of experience in the NRA with a focus on tax policy and legislation and the protection of national security, an expert in the analysis and investigation of tax fraud. He is also a consultant in the field of healthy eating, fitness instructor and is a multiple bodybuilding champion. Hours after the announcement of his appointment at the NRA, allegations spread that in 2015-2016 Spetsov had drained a firm, accumulating significant debt to the state, and then transferred the company to a low-income person.

The National Revenue Agency will have its hands full in the next two months after caretaker Minister of Finance Assen Vassilev promised to conduct checks at all companies that benefited significantly from state resources and on those with large cash reserves. He's also vowed to improve tax collection.

These promises are mostly political as the NRA is likely to be unable to conclude the process by the end of the caretaker government's lifespan in July. Many firms hope that his words are an attempt to send a message that all companies will now be equal in the eyes of the NRA. However, the specifics are also important - who would be affected, in what way, and what the end results would be.