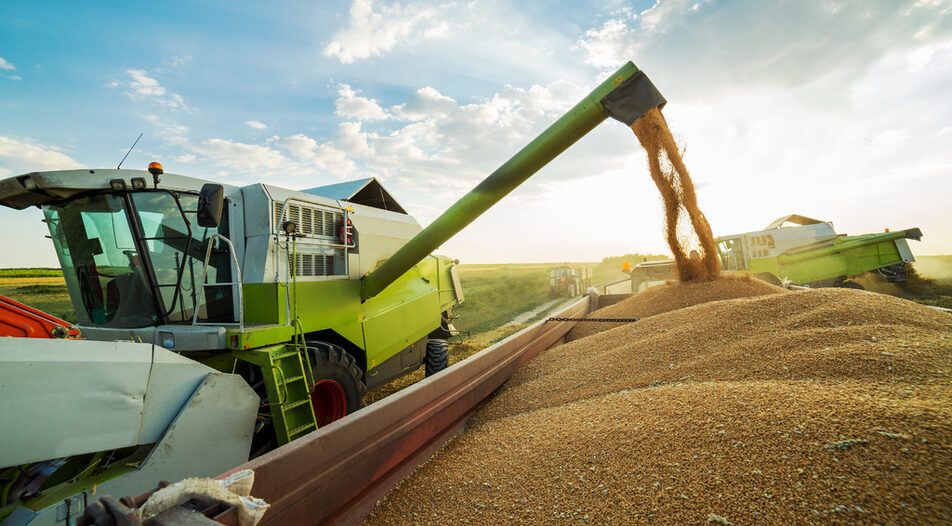 The rankings of the agribusiness giants are dominated by huge foreign and domestic traders, with a handful of large grain growers

The rankings of the agribusiness giants are dominated by huge foreign and domestic traders, with a handful of large grain growers

Record yields and good prices - this is the combination that has propelled the earnings of agricultural companies in the grain sector to unprecedented levels in 2021. As a result, the sector is among the fastest growing in the country, with average revenue growth of over 54%.

Even if the numbers look impressive, the war in Ukraine has shown that there is no ceiling for the prices of wheat, sunflower, corn. Here's an example: bread wheat price jumped twofold from its traditional levels to 300 euro a ton on the French Matif exchange at the start of the post-pandemic recovery. After the start of the war in Ukraine in February, quotes reached 440 euro and have only recently started to visibly fall due to fears of a global recession.

Making predictions in these turbulent times is difficult - first, the harvest this year is expected to be good, but below 2021 levels. Second, prices are going up and down fast. And the global economy may be entering a bad season.

Grain by grain and you make billions

The 2020/2021 season was incredible for the agricultural sector in Bulgaria. First, the wheat harvest was a record 7.2 million tons. Second, prices were good even before the start of the war made them unprecedentedly high. In 2021, Bulgaria officially exported wheat, corn and sunflower for BGN 4.1 billion (EUR 2.1 billion), compared to just under BGN 3 billion in the previous year. Add to that over BGN 1 billion worth of exported vegetable oil and other processed products worth hundreds of millions and you will see a sum that makes the sector among the most important for Bulgaria's foreign trade. "Last year was good in terms of yield. Producers received good money. But this year they bought expensive fertilizers, chemicals, rents went up and so the production of the new crop became 30-35% more expensive," says Artur Hakobyan, co-owner of the largest trader Sevan.

This spring, the state stirred up the market by saying it would buy wheat, corn and sunflower for over BGN 1 billion, temporarily preventing exports. But by the summer, the controversial scheme was canceled. Traders announced that almost everything on the market had been sold and there was only a transitional balance of 400,000 tons. "We have a good year in the making. Wheat yields will be good - around 6m tons, 20% below last year's record. Prices will also be good, they reached 800 BGN per ton and now at 650 BGN there is no supply, but probably attitudes [of sellers] will readjust," Hakobyan believes.

A little-known (and likely short-lived) champion

Completely unexpectedly, the first place in the ranking is occupied by the absolutely unknown company Agro Board. The company, although Bulgarian-owned, does business entirely abroad. According to its sole owner, financier Tsanko Kolovski, the company buys grain from Ukraine and exports it to markets in Asia and Africa. Asked how exactly he entered the niche, he said he had contacts in the country of production.

But a period of active business that began in 2019 and almost touched a billion-lev turnover last year was literally cut short this February when Russia attacked Ukraine. Now transport is taking place only overland and at low margins, which makes it unprofitable, according to the owner. Kolovski is a stranger to the grain sector, he is currently a shareholder in the investment firm MK Brokers, and years ago he was in the management of Investbank.

The real winner in the Bulgarian agricultural sector is the Burgas-based Sevan, owned by Artur Hakobyan and his family. With revenues of almost BGN 850 million, it is the largest trader in the country. The company works directly as an exporter and is not an intermediary for foreign traders. The good year is also visible in the profit - it more than doubles compared 2020. The company, founded 28 years ago, has topped the sectoral ranking several times.

The Bulgarian division of Cargill has also been leader several times and is permanently the top foreign-owned exporter of Bulgarian grain. In 2013, it chose the country as a service center within its billion-dollar group. According to the company's own estimates from previous years, it holds over 15% of the grain and oilseed market in Bulgaria and recorded a turnover of BGN 700 million in 2021, but the overall turnover (including service center revenue) is 800 million, which places Cargill second. Finally, the local subsidiary of China's Cofco which entered Bulgaria in 2018 saw its revenue double to almost BGN 770 million, effectively establishing itself as the third? largest trader of local grain.

The ranks of Bulgarian merchants

After the giants in the ranking come the medium-sized traders, which are all Bulgarian-owned, with some even having a little production of their own. The leader in this group is the family company of Dragomir and Masha Baldzhievi, Baldzhiev-91, which is part of Sevlievo-based agricultural holding Balea Group.

The next largest local trader is Bildkom, which trades mainly in wheat and corn but has also deals in other crops such as sunflower. The company is in the same group as sunflower oil producer Oliva, both owned by Angel Georgiev. ***In fact, if the turnovers of the next in line - Kristera and Korn Trade, which are part of Agria Group - are added together, the holding enters the trio of the largest Bulgarian traders.

At Farm Sens, 2021 was also a year of growth, but the real price explosion after the start of the war this year has certainly added further growth to the business. The company's owner Plamen Borisov explained that prices were insanely high this year, but now everything is hard to predict. His assessment is that prices have soared to insanely high levels, as costs for fertilizers, fuel and wages have gone up by 60%. "Bulgaria is blessed unlike other countries that have drought like Hungary, Italy, France. The wheat and barley harvest here is good, rains have fallen so that corn and sunflower harvest can be saved," Mr Borissov said.

For years, the country's largest grain producer has been Svetlozar Dichevski's group, which is merged into Octopus Invest Holding. According to estimates by industry officials, its companies cultivate about 1 million acres of land - owned and rented. The holding is the largest recipient of EU agricultural subsidies - in 2020 five of its companies have absorbed more than BGN 25 million. In the ranking, Dichevski is present with the parent company, Octopus - S, and with Varti Seeds - Vardim.

The second big representative of the grain growers is Zlatiya Agro of Kiril Ivanov, who also owns the chemicals and seeds trader ASM. This is the grain grower that, according to the latest available information, receives the largest agricultural subsidy in Bulgaria - BGN 6-7 million per year. Zlatiya Agro operates in north-western Bulgaria. There is no public information on how much land it cultivates, but it is believed to be over 100,000 acres valued at BGN 60 million.

Down the ranking there are mainly companies that trade in seeds, chemicals and fuels, and there are also producers of peeled seeds here and there. There is no single company from the livestock or fruit and vegetable sector in top 30.

Record yields and good prices - this is the combination that has propelled the earnings of agricultural companies in the grain sector to unprecedented levels in 2021. As a result, the sector is among the fastest growing in the country, with average revenue growth of over 54%.