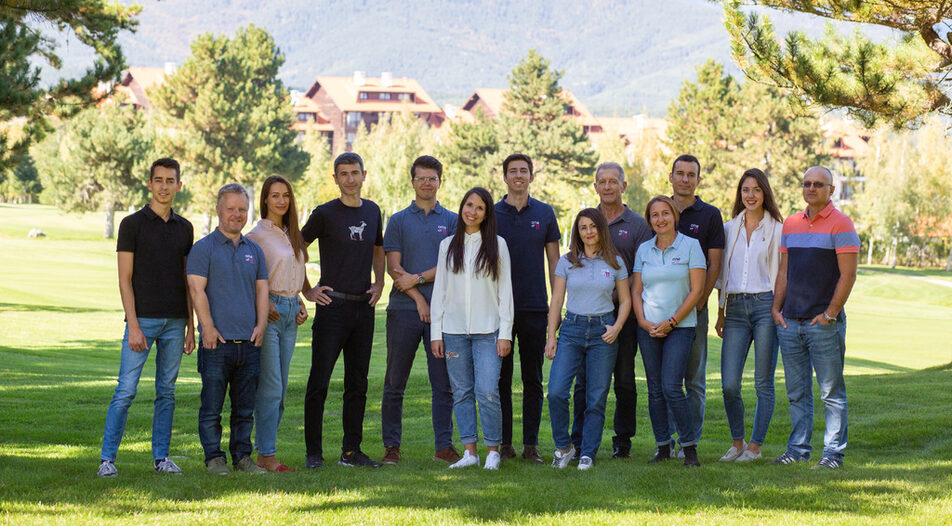 Here’s what happened in Bulgaria’s startup ecosystem in October

Entrepreneurs from abroad can now apply for a startup visa and legally transfer their business to Bulgaria, where they will be allowed to reside and work for a period of one year, with the option to apply for renewal of the document and prolong their stay.

Candidates will be evaluated on the basis of six criteria - financial security, available capital, customer network, investments, valid patent or utility model registration certificate, as well as a business plan and presentation. All startups must have received an investment from an equity or venture capital fund amounting to at least 100,000 levs (51,000 euro). Applications are free of charge.

Bulgarian venture capital fund Eleven Ventures is launching its new Eleven Alpha program. Participating startups, which must be at an early stage of development, will receive a fixed investment of 300,000 euro in exchange for a 10 percent stake. The deal will also include individually curated growth plans, meetings with mentors from Eleven's partner network and additional assistance in seeking future funding rounds.

The fund also calls Eleven Alpha a "Unicorn deal", because it is based on Eleven's investment in Payhawk, the first Bulgarian company that reached a valuation of 1 billion dollars. "We invested 300 000 in Payhawk, which back then was also a startup in an early phase of development. We were the first institutional investor there, which is what we are looking for in candidates for the program," company executives say.

Successful applicants are expected to come from the 4 sectors Eleven traditionally invests in, namely fintech, healthcare, future of food and future of work. The reason for the focus оn certain verticals is that companies from the same industry are able to support each other, and the fund, in turn, can focus its efforts on building a partner network and infrastructure in those specific industries, explains Ivaylo Simov, managing partner at Eleven.

Eleven Alpha is looking for companies from Southeast Europe, the application period ends on November 19th. Find more about the program here: https://www.11.vc/alpha/

The B2B trading platform for raw coffee Almacena has attracted an investment of 3.5 million euro. The funding round was led by Bulgarian venture capital fund Eleven Ventures and Greece-based VentureFriends. A previous investor in the startup, the American fund Acequia Capital, also participated in this round. The money will allow Almacena to reach a turnover of 100 million dollars through sales on its platform, says Nikola Yanev, marketing director at Eleven.

The company aims to consolidate its leadership position in the African coffee market within next year and enter several new locations, including Latin America and the USA. In addition to geographical expansion, Almacena aims to expand the range of products it offers. "Toward the end of 2023, we expect to launch our first pilot deals in new commercial verticals, such as cocoa," says Dimo Yanchev, founder of Almacena.

Bulgarian venture capital fund Innovation Capital, which works through co-financing from the European Regional Development Fund via the Fund of Funds, has invested 100,000 levs (50,000 euro) in Bulgarian protein candy producer Cardinal Bites. The money will go into strengthening the company's market presence in Bulgaria by entering 700 commercial establishments in the country in the next 11 months. Expansion of distribution is also planned in other countries in the region, including Romania and Poland.

The team is working on developing a new, fourth flavor to expand the range of products it currently offers in over 150 locations in our market. Through the investment, Innovation Capital enters Cardinal Bites with a 10 percent stake, which values the company at 1 million levs.

UK-based startup Daye has competed an 11.5 million-dollar investment round. The company, founded by Bulgarian national Valentina Milanova, invented a CBD-infused tampon which helps cramping and has just announced its newest product - a vaginal microbiome screening test, which can detect STIs and infections.

The company currently has production sites both in the UK and Sofia. The money will go into its US expansion and R&D team. Next on the agenda for Daye is the launch of several products which are already in the works - including products for menopause and women suffering from PCOS.

Entrepreneurs from abroad can now apply for a startup visa and legally transfer their business to Bulgaria, where they will be allowed to reside and work for a period of one year, with the option to apply for renewal of the document and prolong their stay.