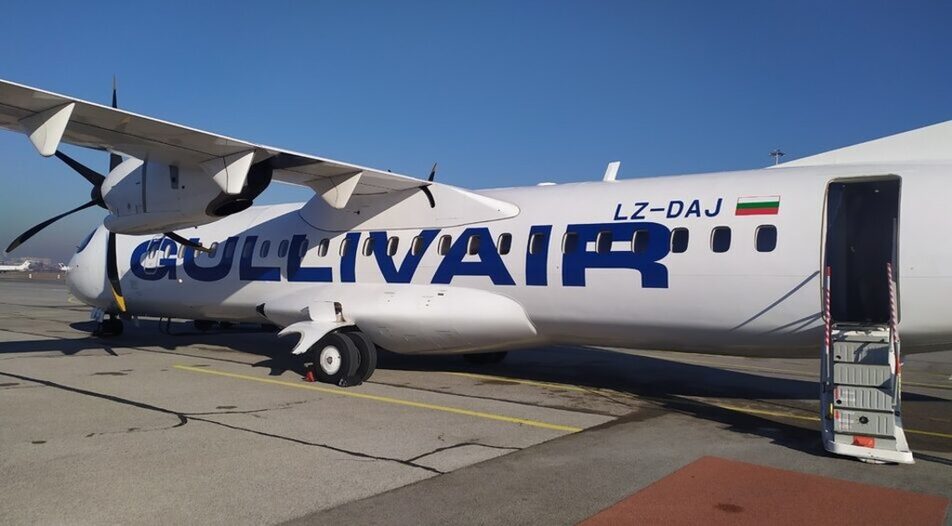 At the most difficult moment for global aviation, a new airline is trying to expand its offer. Meet the little-known Bulgarian carrier GullivAir, which started flights to several Balkan countries this spring. It already flies to Skopje and Tirana and serves the domestic route between Sofia and Burgas.

Recently, the company provoked interest with its intentions to launch a regular direct line to the United States. Or, in other words, to revive flights to New York - a service once offered by now defunct state-owned Bulgarian flag carrier Balkan Airlines. Since Balkan Airlines was declared bankrupt in 2002, no Bulgarian company has offered direct flights to the U.S. Therefore, GullivAir's planned service will compete with all existing transfer flights to the U.S.

Gulliver was registered in 2016 under the name Top Jets, replaced by the current one - GullivAir, in the middle of 2020. Gulliver is sole property of Yanko Ivanov and its capital amounts to 533 thousand levs. Ivanov is a former manager of Bulgarian charter airline BH Air, part of the Balkan Holidays tour operator and linked to one of the owners of Sofia-based First Investment Bank, Tseko Minev.

Yanko Ivanov's American dream has existed for years, including during his time at BH Air. In 2014, the company won the right to open a direct scheduled service connecting Sofia to New York and Chicago, and received a license from the United States. Expectations at the time were that the new line would launch in spring 2015. However, the intention failed to come to fruition.

Yanko Ivanov stepped down from the position of manager but according to the latest BH Air company report from August 2021, he is still on the list of BH Air owners. The report shows that in 2020 the company saw its revenues slump to to 36.9 million levs from 123.7 million levs in 2019, and the pandemic has surely hurt its activities. For 2020, the charter company reported a loss of 1.15 million levs. Financial data for 2021 will be available in a few months.

Ivanov's efforts are focused on GullivAir. Contacted by Capital Weekly, he refused to comment on the plans of the carrier, the construction of its network, the available aircraft and financing.

According to unofficial information, GullivAir has three large Airbus A330-200 aircraft and three ATR 72-600 for regional flights. According to industry representatives, part of the concept for the new service is for the smaller aircraft to bring passengers from Bulgaria and its neighbours for flights to the U.S. on board Airbus A330-200.

An important milestone was the launch of a service connecting India to Sofia, which will serve to provide passengers for flights to the United States. In July 2021, GullivAir was determined to be a national carrier on the Sofia - New Delhi route, but no flight dates have been announced yet.

The airline started flying between Sofia and Burgas last year. There were also ideas for flights on another domestic route, from Sofia to Ruse, but the reconstruction of the airport in the city on the Danube will take some time. Two weeks ago, it became clear that the Transport Ministry had requested the Ruse mayor to transfer ownership of the airport to the ministry.

The company has started developing the so-called Balkans portfolio, launching flights to Skopje and Tirana in March and April, respectively. Flights to Thessaloniki have been scheduled to begin on 17 June, but tickets are not yet on sale, while the start date of a service to Bucharest is still unknown.

The plans for overseas flights to New York and Toronto are still not quite clear. There is no information when they will start and how the large Airbus A330 aircraft will be filled with passengers. Industry representatives believe that the Bulgarian market is not big enough. In addition, there are big hubs near Bulgaria offering options for flights across the Atlantic, such as Istanbul.

Another important obstacle are American security requirements such as the airline's reservation system having to be able to communicate with U.S. security services to detect suspicious passengers. These requirements have delayed the launch of flights to the U.S., according to sources of Capital Weekly, but Yanko Ivanov has not confirmed the information.

So far, GullivAir has used its large aircraft for charter flights to destinations such as the Maldives or the Dominican Republic, which is a far more predictable business with measured risk. The company's 2020 financial report shows revenues of 3.2 million levs, of which 1.5 million levs came from flights between the EU and third countries, and 1.3 million levs from transport between Bulgaria and the EU or third countries. In 2020 and 2021, GullivAir succeeded in booking profit.

Also, the airline was chosen by the Bulgarian Ministry of Transport to operate on the routes from Sofia to Bangkok (Thailand) and Male (the Maldives) twice a week.

At the most difficult moment for global aviation, a new airline is trying to expand its offer. Meet the little-known Bulgarian carrier GullivAir, which started flights to several Balkan countries this spring. It already flies to Skopje and Tirana and serves the domestic route between Sofia and Burgas.