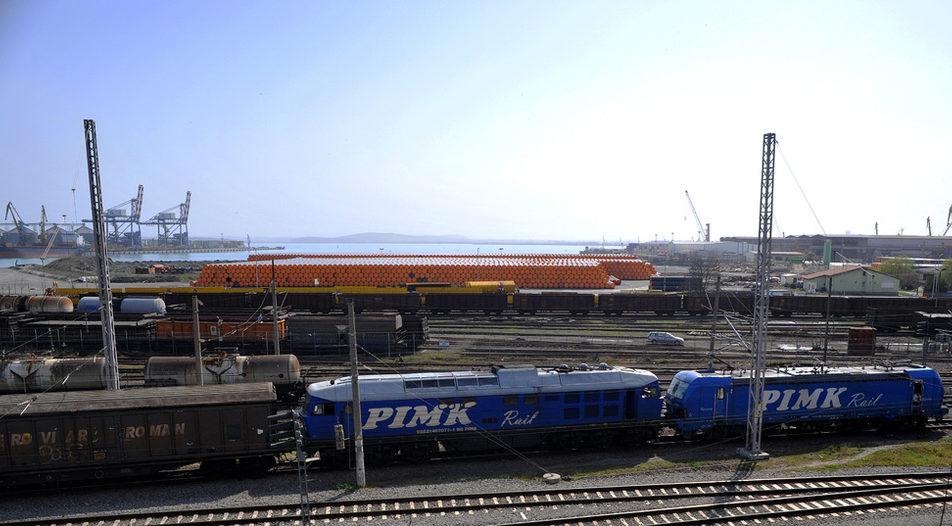 Transport is among the top 3 sectors of Bulgaria’s economy affected by Covid-19, with the aviation sector suffering the most

Covid-19 remade the world into something we've never imagined - it has put us all under a house blockade. And since you can't leave your house, all the business that is somehow connected with people moving, was severely disturbed.

Tourism, transport and as a result - the fuel sector, suffered massively.

The largest transport companies in Bulgaria lost a total of 500 million levs (250 million euro) in revenues last year, representing an annual drop of 13.4% on average. Most dramatic is the collapse of companies in the aviation sector, which on a global scale had to be saved by state aid and its recovery from the virus is expected to take the longest.

Advertising
Freight carrier Discordia is increasing its revenues despite the pandemic.

During the first waves of the pandemic, road transport businesses also suffered a severe blow - dramatic for bus companies and a little more moderate for freight carriers. The railway sector proved to be the most sustainable, with companies enjoying fewer roadblocks in addition to benefiting from traditional government subsidies.

It is most stable on the rails

Unsurprisingly, the leader in the ranking of the largest transport companies in this year's edition of Capital's K100 is the National Railway Infrastructure Company with revenues of 453 million levs and a 5.3% drop in turnover in 2020. A huge part of the state giant's revenues comes from the budget and a much smaller part comes from its business, namely fees paid by railway carriers.

The runner-up is BDZ - Passenger Transport, part of Bulgarian State Railways company BDZ Holding, which also saw a decline of about 5% in revenue. Most of its revenues come from subsidies based on its contract with the state. Although further lower down in the ranking based on the absolute value of revenues is the freight division BDZ - Freight. Here, there is even an increase in revenues by 2%, which confirms the opinion of experts in the industry that rail transport proved to be one of the most sustainable sectors in the pandemic.

Public transport in Sofia, which has four companies in the ranking, lost more than 50 million levs in revenue during the pandemic, with people staying at home and offices vacated, , according to a report by the Center for Urban Mobility. The collapse of the company's revenues is 25%, and it has also reported a loss of 32.5 million levs. There is a decrease of 5% of the revenues of the bus company of Sofia Municipality - Sofia Motor Transport. However, this is not the case with the other two companies in the system - Metropolitan and Metropolitan Electric Transport, which have recorded growth of 17% and 14%, respectively. The third metro line was launched last year, but NSI data do not show an increase in public transport passengers. A probable reason is the transfer of part of the revenues from the parent company to the subsidiaries.

The deepest fall in the ranking is logically at Bulgaria Air, as the company reported a year-on-year decline of 43.5% in revenues, from 334 million levs to 188 million levs. The company's annual report shows that flight numbers have fallen by half - from 6376 to 3133, with a 90% collapse in charter flights, the number of passengers dropped by 65%, and 80 people were laid off due to the pandemic. The Covid-19 aid received from the state rounds up to 1.6 million levs, and a credit moratorium has been used.

Advertising
BMF Port Burgas remains the most profitable company in the transport sector.

The large charter companies traditionally present in the ranking, such as BH Air, are missing from it entirely now, having reported a 67.4% decline. This is no surprise:airlines suffered the most dramatic damage, with their planes not taking to the air globally. The effect of Covid-19, however, is not yet fully clear, with a number of countries pouring large amounts of aid into their national airlines and this could lead to market distortions in the foreseeable future.

In the group of dramatic declines is also Air Traffic Management company, which has a 32.5% decrease in revenue compared to a year earlier. The state-owned company responsible for air traffic control over the country and for flights to Bulgarian airports reported a 57% drop in flights compared to 2019 levels.

Next in line is Sofia Airport, which has a decline in revenues of 27.8%, and a passenger decrease by more than half. This is also the last year of the state-run company's presence in the ranking, as since this spring the airport is operated under a concession contract by Sof Connect consortium led by Meridiam investment fund.

Eurocontrol's market recovery forecasts for the end of spring show that by the end of the year, air traffic will reach 60-65% of pre-Covid-19 levels. However, this will only happen if the vaccination process and control of the virus goes smoothly and there are no subsequent closures on the European market in the autumn. A full recovery of flights based on the numbers from 2019 can be expected in 2024.

The only airline in the top 20 that reported a slight increase in revenue is Cargo Air. The company saw its revenue grow by 3% and remained profitable. Not surprisingly, the courier business flourished during the pandemic. Carg Air works with global logistics companies such as DHL, TNT, UPS. DHL is the company's largest customer, which has employed 5 of the company's aircraft.

When the road closes

In mid-March, the borders of the European Union closed one after another, causing complete chaos on the roads, huge traffic jams, delayed and unpaid shipments. The situation for Bulgarian carriers became more complicated, as major markets for Bulgaria, such as Italy and Spain, were closed, and the problems on the border with Turkey, another major market for road carriers, continued for a long time. In the spring months of last year, managers described the situation as "day-to-day" work with zero predictability. The initial effect of the pandemic was a lack of transport service due to closed borders and the reluctance of drivers to travel, but volumes were subsequently restored, with the freight sector suffering significantly less than the passenger sector.

Discordia saw the largest revenue growth, of nearly 15%, among freight carriers. It is owned by Hristo Hristov and has repeatedly stated its goal to become a leader in Eastern Europe. In mid-June this year, the company announced that it has increased its fleet by 100 trucks, to 800, and a further rise to 1,000 vehicles is planned for the end of the year. The company also plans to increase its revenues by 35 -40% and expects a significant growth in employees.

The profitability of port operator BMF Port Burgas is not subject to Covid-19 woes. The company reported a profit of 51 million levs in absolute value for 2020, and the margin is almost 33%.

Shipping has faced a wide variety of problems, from China's initial closure to reduced capacity at sea, to a shortage of containers around the Chinese New Year and continuously rising prices.

Covid-19 remade the world into something we've never imagined - it has put us all under a house blockade. And since you can't leave your house, all the business that is somehow connected with people moving, was severely disturbed.

Tourism, transport and as a result - the fuel sector, suffered massively.