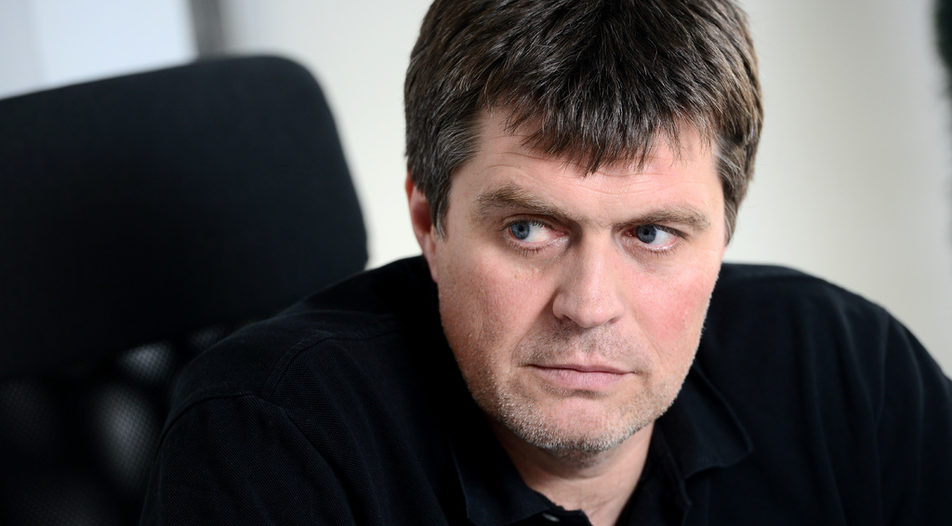 Bulgarian IT company Bulpros will merge with its German partner ec4u, and the European fund Silverfleet Capital will become the majority owner of the newly established firm. The deal was concluded several weeks ago, marking the biggest local sale in the IT sector in about five years and the third-biggest in Bulgaria's software industry.

Officially, the value of the deal will be announced alongside with the approval of regulatory authorities, expected in May. However, according to two sources of Capital Weekly, Bulpros' valuation at the time of the deal was marked at between 90 and 100 million levs (50 million euro).

The founders of Bulpros - Ivaylo Slavov, Petar Dushanov, Denitsa Mihova, and Yordan Ginev, will remain shareholders of the newly established enterprise. Bulgarian investment funds NEVEQ and BlackPeak which hold stakes of 7% and 15%, respectively, are making an exit.

It is unclear yetwhat will be the stake of the founders in the newly established company. At first glance, Bulpros should be the bigger company in the merger. According to the announcement, the new firm would have "over 1,400 employees and 25 offices in 11 countries". Bulpros alone accounts for 1,000 of those employees, and 20 of the offices.

However, a comparison with the German firm in financial terms is hard to make as the revenues and profit of ec4u are not public. Unofficially, revenues reached 40 million euro in 2020. Bulpros Consulting's consolidated revenues topped 86 million levs (43 million euro) in 2019, and 3.7 million levs in profits, making it the biggest locally-owned software company by revenue stream in the country. The four enterprises that are higher in the rankings - Paysafe, VMware, Progress, and SAP, are all local units of foreign enterprises.

In comparison, the Bulgarian company through which ec4u operates - ec4u Expert Consulting, made a lot less. In 2019, it had revenues of 1.27 million levs and a profit of 654,000 levs. Bulpros and ec4u had been working together for three years before the German company set up a shop in Sofia in mid-2019.

The deal was made with a valuation of about eight times the profit before taxes, interest, and depreciation (EBITDA), a source told Capital Weekly. Which is a standard estimate for the industry when it comes to an IT services company - i.e. one that makes custom software. For product firms, the figure is significantly higher at an average of about 15 times the EBITDA. The company offers services such as IT support and software solutions for firms in sectors like finance and automotive. For example, building collaboration systems, cloud technologies, big data management, and outsourcing. In recent years, Bulpros made several attempts to enter the product market, but the focus has remained on services.

The deal ranks in the top 3 of the largest transactions in the Bulgarian software industry. The biggest is the sale of Telerik 7 years ago for 262.5 million dollars. The second-largest investment is Dynamo Software, in which the US fund Francisco Partners acquired a majority stake for about 70 million dollars.

"This is the most financially significant exit in Bulgaria of the past 5 years. And with the greatest added value for all entrepreneurs making an effort to attract strategic investors to Bulgaria, because all of the key resources, processes, and legal dependencies are concentrated here. Just as the name of the company suggests: an emanation of Bulgarian IT professionalism," Pavel Ezekiev, co-founder of NEVEQ, told Capital Weekly.

Little is known about the newly established company's operational processes. So far, it is clear that Bulpros CEO Ivaylo Slavov will continue to be part of the company. However, it remains to be seen to what extent the brand will be preserved, and what significant changes might be incurred on the company's corporate structure.

"We are working hard to resolve [the question of the brand] before the official finalization of the deal. Our hope is that the transaction will be finalized within the next two months, depending on the approval of regulatory authorities in Bulgaria, Switzerland, and Germany," Slavov told Capital Weekly in March.

Immediately after news about the M&A transaction broke, Slavov told Capital Weekly that the activities of Bulpros and ec4u do not overlap but rather complement each other. Specifically, ec4u has a strong presence in Germany, Austria, and Switzerland. The company is primarily engaged in integration and consulting of corporate clients in the field of CRM solutions of Salesforce, Microsoft, and Oracle.

Also, additional acquisitions will be sought after, through the financial might of Silverfleet Capital. The private equity fund specializes in investing in companies valued at between 25 million and 300 million euro and has invested a total of 3.7 billion euro in 128 companies in four main sectors over the past 30 years - consumer, healthcare, manufacturing, and services. Silverfleet's average investment lasts about 5 years. Among their successful deals and subsequent exits are companies such as the British shoe chain Office, outsourcing group Competence Call Center, photo equipment and software manufacturer Phase One, and others. The fund's average return is over 3 times its investment.

Slavov also said they're already looking for companies suitable for acquisition in the US. For Bulpros, growth through acquisitions is nothing new - the company has been quite active in this regard over the past five years. In 2016 and 2017, it bought German companies Innotec Marketing and Group Business Software. At the beginning of 2020, it also bought a majority stake in Bulgarian integrator Beam.

"We are planning a significant expansion of all teams so that we can meet the growth requirements of both our investors and ourselves as shareholders in the main company," said Ivaylo Slavov.

The effects of the M&A will be felt gradually over the next year or two. The first of them is rather symbolic: now, all five largest software companies in Bulgaria are foreign-owned. Second, a similar outcome can be expected for other local companies looking for an external investor.

Bulgarian IT company Bulpros will merge with its German partner ec4u, and the European fund Silverfleet Capital will become the majority owner of the newly established firm. The deal was concluded several weeks ago, marking the biggest local sale in the IT sector in about five years and the third-biggest in Bulgaria's software industry.

Officially, the value of the deal will be announced alongside with the approval of regulatory authorities, expected in May. However, according to two sources of Capital Weekly, Bulpros' valuation at the time of the deal was marked at between 90 and 100 million levs (50 million euro).