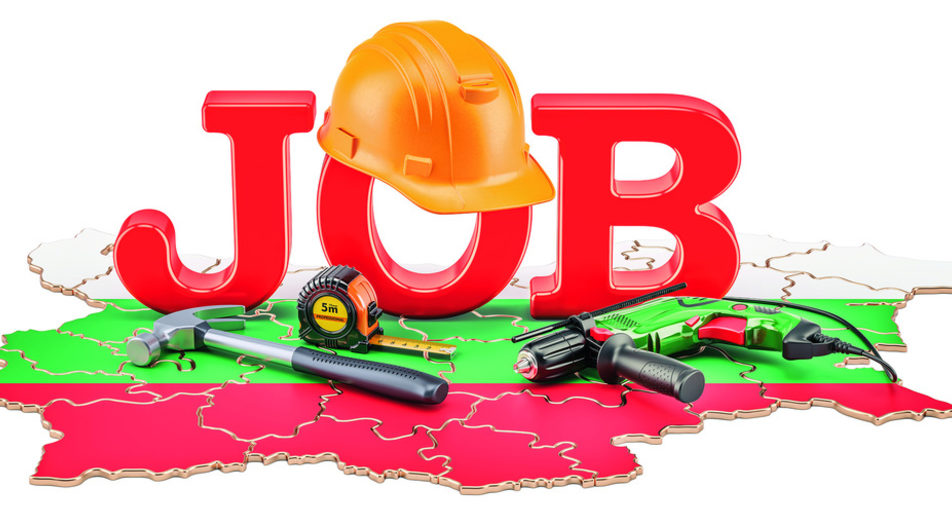 Investment projects worth 1.3 billion levs were announced last year, up 500 million levs on 2018

Investment projects in manufacturing totalling 1.3 billion levs will be completed in Bulgaria in the next few years. Though different in length and stage of progress, the 15 largest projects outline some common trends.

Most of them, including the largest ones, are in existing enterprises that are being expanded and upgraded. They are concentrated around Sofia, three are in Plovdiv and, for a second year running, Vratsa attracts two new investors.

Unlike in 2018, when nearly half of the projects were launched by German companies, in 2019 most of them were Bulgarian ones. The largest single foreign investment comes from Portugal and belongs to BA Glass, which several years ago bought Drujba Glassworks from Greece's Yioula.

The good news is that the total amount of new investment announced in 2019 is some 500 million levs larger than in the preceding year when the projects' worth amounted to 800 million levs. The investment in existing enterprises shows that companies have long-term plans and desire to increase production and that - once here - investors often manage to accommodate expansion plans. The new investors, however, are few. A notable missed opportunity was that of Volkswagen, as the German company preferred Turkey to Bulgaria for its new automobile assembly plant, although no final decision has been announced yet.

Another new trend started to emerge last year: with the rise in labour costs, low-tech production facilities shut down. Canada's leather seating cover producer ALC pulled out of Bulgaria and a lot of automotive wire harness manufacturers significantly curbed or entirely stopped production. For those that decided to stay the solution is switching to more complex products where labour costs do not have such a big weight.

The list only includes manufacturing investments and does not show projects in the mining industry. There were two large investments in that sector too: the $165 million new mine of Canada's Dundee Precious Metals near the town of Krumovgrad and the 60-million-lev quartz and kaolin processing plant of Kaolin (owned by Germany's Quarzwerke) in the town of Dulovo.

Portugal's BA Glass, which three years ago bought Bulgarian bottle and jar manufacturer Drujba Glassworks with factories in Plovdiv and Sofia, started a five-year investment program worth 400 million levs. The first 80 million levs was invested last year in the plant in Plovdiv. Most of it was used for a new furnace with a 70% bigger capacity and four automated production lines. The project envisages the installation of a second furnace in Plovdiv to replace the existing one, as well as a new furnace in Sofia. The investment is expected to increase BA Glass Bulgaria's sales by 40% to 360 million levs. The bulk of the output is exported.

Plovdiv-based metallurgical plant KCM will increase lead and zinc production by some 30% to 200,000 tons a year with a €130 million investment. The project will be implemented in 2020-23, with the European Investment Bank providing loan financing for half of the project cost. The project consists of several parts, the main being the reconstruction of the refinery in lead production and a new automated electrolysis unit in zinc production. KCM will also increase its capacity for processing secondary materials. The new investment will build upon the previous mega project of a similar amount, which finished a few years ago and included the construction of an entirely new lead plant.

Belgian automotive sensor maker Melexis will expand its production and R&D base in Sofia with a €75 million investment. The project is being implemented in stages and will eventually add 15,000 sq. m to the existing 7,500 sq. m of space. Construction will be finished this fall. The entire project, including equipment, will be completed in 2022. It is part of the Belgian group's plans to enhance its European footprint. A total of 300 new jobs are expected to be opened in R&D and production in 2018-22.

The plant for recycling plastic waste into raw material (granules) that is used to produce various industrial and household plastic goods is due to start operating this year. The investment in the town of Elin Pelin near Sofia amounts to €40 million and is made by Bulgaria's Integra Plastic. Majority owner of the company (51%) is Betainvest of Angel Georgiev, who also owns sunflower oil producer Oliva. The factory spans 3.5 ha and is fully automated. It will employ about 80 people. At full capacity, turnover is expected to reach some €20 million.

Sanitary ceramics and fittings producer Ideal Standard - Vidima, which is part of Ideal Standard International, has invested 62 million levs in production expansion and productivity enhancement. The first part of the project was carried out in the ceramics plant and finished two years ago. In 2019 the company completed the basic investments in its sanitary fittings plant. Many of the processes were automated, reducing manual labour. However, that does not result in staff reduction, as the purpose is to increase the production volume. The company plans to hire new workers for some of the processes but there is no information yet about their number. Several smaller investments and improvements will be carried out before the project is completed.

Metallurgical company Etem Bulgaria will invest €30 million in partnership with Spain's Gestamp in the production of automotive components. The project was announced in early 2019 and will be implemented over a three-year period. The new production facility will be built at Etem's site in Sofia. The partners have already set up two joint ventures: for production of extruded aluminium profiles and for additional processing of profiles. Etem, which is known mainly as a manufacturer of architectural aluminium systems, started producing automotive components several years ago. Its partnership with a major automotive metal component producer like Gestamp will further enhance its positions in the sector.

Sigmatech, which was registered in late 2017 by Ukrainian citizen Oleksiy Filippov, is building an R&D and production complex for applying protective coatings and repair services for turbine components of aircraft engines. The project cost amounts to $30 million and is carried out in Industrial and Logistic Park Burgas, where the company has bought a two-hectare plot. The production premises have been already built and are being equipped, with production expected to start by mid-year. The company did not provide more information but its initial plans were to open 200 jobs.

US sensor producer Sensata Technologies is building a new production facility and warehouse at its plant in Botevgrad. The factory manufactures high-temperature sensors for the automotive industry. The new building will span 4,300 sq. m and feature high energy efficiency. The investment in construction and equipment amounts to $27 million. Once completed, it will provide 300 new jobs. Currently, the company employs 2,700 people in Botevgrad. In addition, Sensata Technologies has a production facility in Plovdiv, where it manufactures pressure sensors for cars, farming machines and medical equipment.

Bulgarian starter battery producer Monbat will build a new plant in Vratsa. The company has informed the local municipality of its investment intention and plans to inject 42 million levs in the project, which will be carried out in two stages. Monbat has already bought a two-hectare plot of land. The plant will manufacture bipolar lead batteries under a new technology for which Monbat recently bought a license and which is used in renewable energy projects, industrial UPS systems, electric and heavy-duty vehicles. According to information from the municipality, the plant will initially employ 150 people. That will be Monbat's third plant in Bulgaria, the first two being in Montana and Dobrich.

Coca-Cola Hellenic Bottling Company Bulgaria has invested 40 million levs in the expansion of production in the town of Kostinbrod. The project includes a new PET bottling line that doubles the capacity of the enterprise. The new facility uses 20% less energy and saves water. The company has also expanded its warehouse base and refurbished the site infrastructure. A part of the project was certified by the InvestBulgaria Agency, with the company committing to open 8 new jobs.

The seventh Bulgarian plant of Turkey's automotive component maker Teklas will open in Vratsa in mid-year. The investment amounts to 30 million levs and will provide 500 new jobs. The plot Teklas Bulgaria bought last year, however, is quite large - 7 ha - with the company planning to build a second production facility if there is sufficient workforce. That can raise the number of workers to 1,000. The plant will manufacture rubber, plastic and metal components for practically all large automotive producers. Recently Teklas has started making components for Tesla too.

Devnya-based fertilizer producer Agropolychim will invest nearly 26 million levs in expanding its ammonia storage capacity. The raw material is crucial for the production of nitrogen fertilizers and the construction of a new storage facility is expected to further reduce the company's dependence on the price of natural gas, which makes up 60% of the cost of the ammonia it produces. The facility will provide an additional capacity for 20,000 cu. m of import ammonia. It is expected to start operating in the middle of the year and add 12 new jobs to the 700 workers currently employed in the company. The ammonia storage facility Agropolychim uses at present was built in 2014 with a €23 million investment.

Mondelez has invested more than 22 million levs in a new chocolate packaging line at its factory in the town of Svoge. Its capacity is twice that of the old one and can produce 6,600 chocolate blocks per minute. The implementation of the project started in 2018 and its completion allows the factory to become a hub for Milka chocolate production. Since 1994 the plant has been owned by Kraft Jacobs Suchard (now Mondelez). The company employs an average of 580 people. Company data show Mondelez has a 35% value market share in Bulgaria.

Germany's construction group Lindner, which has several companies in Bulgaria active in construction and real estate, will launch production of façade elements in Ruse. For the purpose, the group has set up a new company, Lindner Building Envelope Engineering. The new facility will be located on a 6.7-hectare plot and the investment will amount to €10 million. The company does not give information about the time of the expected launch.

Electronic medical equipment manufacturer BTL Industries will build its own factory in Plovdiv, where it currently works in rented premises. The company has already purchased a two-hectare plot in the city. The investment in land and building is estimated at 20 million levs with production there expected to start in 2021. The company has been growing steadily in recent years and currently manufactures 50,000 units a year. About 300 people are employed in production in Plovdiv and 30 engineers work in the company's R&D centre in Sofia.

Investment projects in manufacturing totalling 1.3 billion levs will be completed in Bulgaria in the next few years. Though different in length and stage of progress, the 15 largest projects outline some common trends.

Most of them, including the largest ones, are in existing enterprises that are being expanded and upgraded. They are concentrated around Sofia, three are in Plovdiv and, for a second year running, Vratsa attracts two new investors.