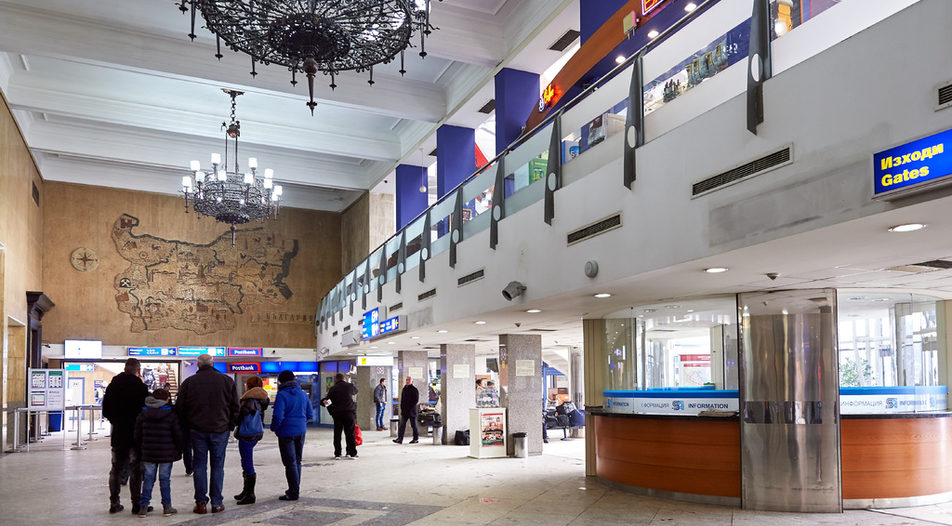 Landing in Bulgaria: a difficult mission

The old terminal of Sofia Airport, built in 1940's, is already too small to handle all low-cost flights

Landing in Bulgaria: a difficult mission

The country has only three properly functioning civilian airports

The old terminal of Sofia Airport, built in 1940's, is already too small to handle all low-cost flights

Airport infrastructure in Bulgaria is still in its infancy and there's plenty of room for improvement. Not that opportunities are boundless - nearby, Istanbul just became home to a massive air transportation hub which will lure passengers and cargo away from Bulgaria. Yet the expansion of international tourism due to low-cost carriers, and the growing popularity of Eastern Europe from a trade point of view, may offer some business potential to foreign and domestic investors.

The end of November was supposed to mark the end of a long and difficult process to award a concession contract to run Sofia Airport. However, the deadline for concession candidates to submit their bids in the tender was extended again to the end of January 2019.

A caretaker government had cancelled the previous procedure in 2017. The current government hired the European Bank for Reconstruction and Development and IFC, the World Bank's private investment arm, to advise it on the protocol. This may have been a smart move by the government as interest from potential candidates promptly grew.

Bulgaria expects to receive 1 billion euro over a span of 35 years from the concession deal. The initial one-off instalment would be at least 550 million levs before VAT and the yearly concession fees would contribute at least 525 million levs while the financial model used to calculate them expects them to reach 750 mln. levs. Also, a 600 million levs investment will be needed, part of which will be used to construct a third terminal at the airport. Eligible candidates must meet several requirements: they should have experience of operating at least one international airport with a traffic of at least 10 million passengers per year, have a net asset value of at least 200 million euro for each of the past three years and should have financed at least one infrastructure project valued at minimum 400 million euro.

According to information received by Capital newspaper, at least seven or eight candidates, mostly European, will bid for the Sofia concession. Manchester Airports Group (which operates three airports in the UK, including London Stansted) confirmed that they will participate jointly with a Chinese partner, Beijing Construction Engineering Group International. By October they were the only company that had officially announced its participation in the tender.

In the previous tender, other companies had expressed interest. Aéroports de Paris Group and Fraport were among them. The former operates the three airports in the French capital under the brand Paris Aéroport and manages a total of 26 airports globally. The latter runs Frankfurt Airport and several Greek airports and is already present in Bulgaria where it operates the coastal airports in Burgas and Varna.

Zurich Airport and Meridiam investment fund joined in the final stages of the previous procedure, as well as Australian fund First State and Spanish airport operator AENA. India's GMR Group (which was a candidate for Serbia's Belgrade airport concession) may also join the competition.

Flying to the seaside

In 2006 Fraport (one of the likeliest candidates to run Sofia airport) took control of the operation of the airports in Burgas and Varna. The concession contract has a 35-year term.

Germany's company has a 60% stake in the Fraport Twin Star Airport Management joint venture. The remaining shares are owned by Airport Services Bulgaria, part of local diversified business group Chimimport, which started as a security services business in the murky 1990s in Bulgaria.

Besides its joint venture with Fraport, Chimimport is a partner with Lufthansa in their regional technical maintenance hub and controls the national carrier Bulgaria Air.

Both airports are doing better than expected. Fraport Twin Star Airport Management grew its revenue by 6% in 2017, even though Russian tourists - the main target group for Bulgarian seaside tourism, decreased by 11%. However, tourists from Israel, Norway, Poland, Germany and the United Kingdom compensated. About 2.9 million passengers passed through Burgas Airport and 1.9 million through Varna in 2017. Burgas saw a 3.59% increase and Varna - 16.64% in passenger numbers. Low-cost carriers play a crucial role in growth. Wizz Air flies to both airports while Ryanair began services to Burgas in March 2018.

A change can often reap dividends. Infrastructure investments are the obvious next step and they are mooted for 2019 and 2020, as capacity and efficiency at the airports require improvement to better serve the growing passenger traffic. Burgas Airport is expected to have a bigger check-in zone at Terminal 2; there are also plans to build an improved security zone and more commercial areas and parking spaces. The reconstruction of the main taxiway at Varna Airport will be completed soon to allow bigger aircraft to land.

Former military airports all around Bulgaria await investor interest. Yet although phrases like "former airport" and "industrial zone" have often hit headlines over the past decade, somehow they have never evolved into concrete projects.

One example is the airport in Stara Zagora, a city of about 136,000 inhabitants. In 2007 the airport lost its operational license. Its convenient location - very close to the geographical centre of Bulgaria and just 3.5 km away from Trakia highway, makes it a suitable place for developing an industrial zone.

The city mayor, Zhivko Todorov, recently said at a conference that the matter had been discussed with the Ministry of Economy and Stara Zagora-based companies.

Building an industrial zone in the area of the airport has been frequently floated but only fleetingly. Another option is to transform the area into a logistical hub. All these ideas, however, have never got beyond the planning stage.

Similar inaction can be seen in the cases of Ravnets, an airbase near Burgas, and Uzundjovo airbase, located near Haskovo.

The story of Ravnets began in the early 1950s, with the airbase in active use until 1992. In 2017 the government transferred ownership of Ravnets to Burgas Municipality. Using it as an airport is impossible, as the Burgas airport concession contract says that there should be no other airport within 150 km. Hence, ideas to develop an industrial zone there seemed more plausible.

However, as Burgas mayor Dimitar Nikolov explained, the main issue for any potential investor would be the insufficient land available for such development as the Ravnets property is too small. The ex-airbase spans an area of 352.4 hectares and a litter of semi-demolished buildings would have to be razed.

In 2016 Uzundjovo airbase was also touted as a future industrial zone, possibly inspired by its location just 5 km away from Maritsa highway leading to the border with Turkey. However, its potential remains untapped with no real investor interest.

Airport infrastructure in Bulgaria is still in its infancy and there's plenty of room for improvement. Not that opportunities are boundless - nearby, Istanbul just became home to a massive air transportation hub which will lure passengers and cargo away from Bulgaria. Yet the expansion of international tourism due to low-cost carriers, and the growing popularity of Eastern Europe from a trade point of view, may offer some business potential to foreign and domestic investors.