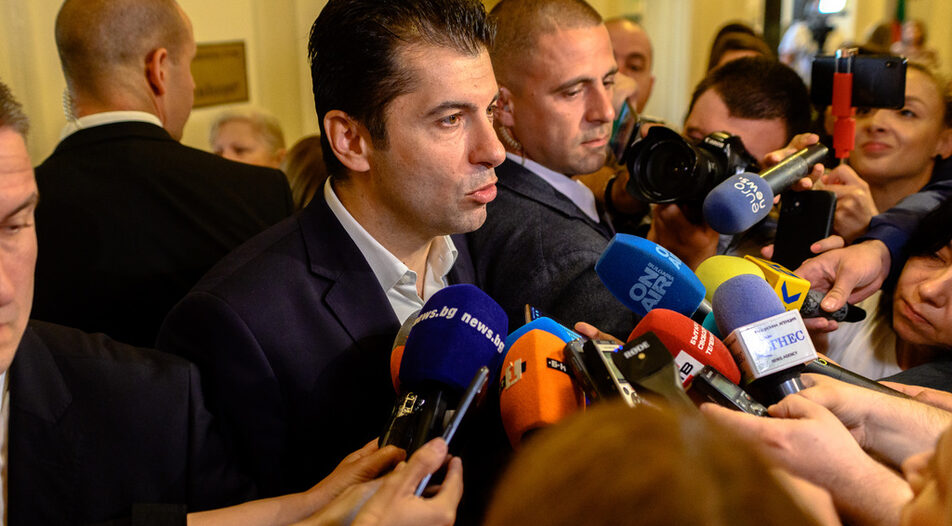 It looks increasingly unlikely that Kiril Petkov would be the new Prime Minister even if a new cabinet is brokered within the current parliament. This is because both the Bulgarian socialist Party (BSP) and "There are such people" (TISP) are calling for a different candidate for Prime Minister.

BSP does not want Petkov anymore

The BSP has withdrawn temporarily from negotiations for forming a new government with WCC. The novel reason is that BSP is demanding that WCC nominate another candidate for prime minister, and not former Prime Minister Kiril Petkov. With this move, BSP leader Kornelia Ninova has effectively backed the critique of TISP that Petkov made too many pivotal decisions on domestic and international affairs without consulting his coalition partners.

Another reason is the expulsion of the 70 Russian diplomats - a record in Europe in recent months. Ninova requested a meeting of the security council in order to hear a statement from the chairman of the State Agency of National Security, Plamen Tonchev.

"The government has done an excellent job of expelling 70 Russian diplomats and officials from Bulgaria," wrote Democratic Bulgaria's MP Ivaylo Mirchev on his Facebook profile. "The only criticism is that the Russian ambassador to Bulgaria, Eleonora Mitrofanova, was not expelled and this must be done as soon as possible," he added.

Mirchev said that the details that he and other deputies had gleaned about the scale of Russia's intelligence activities in Bulgaria and the extent of the penetration of Russian spy networks throughout the upper echelons of the Bulgarian state were "disturbing". He pointed out that Mitrofanova had been making inappropriate comments and accusations for a long time that were concerning for national security.

25 stotinki off every liter fuel

Thе budget revision debates continue today with news that drivers will receive a discount of 25 stotinki of the price of a liter of fuel. The measure is aimed at reducing the burden of fuel prices on Bulgarians and help the counter-inflation battle.

Members of the Bulgarian Oil and Gas Association are ready to start implementing this program, which according to government estimates is worth BGN 150 million in savings to drivers.

It looks increasingly unlikely that Kiril Petkov would be the new Prime Minister even if a new cabinet is brokered within the current parliament. This is because both the Bulgarian socialist Party (BSP) and "There are such people" (TISP) are calling for a different candidate for Prime Minister.