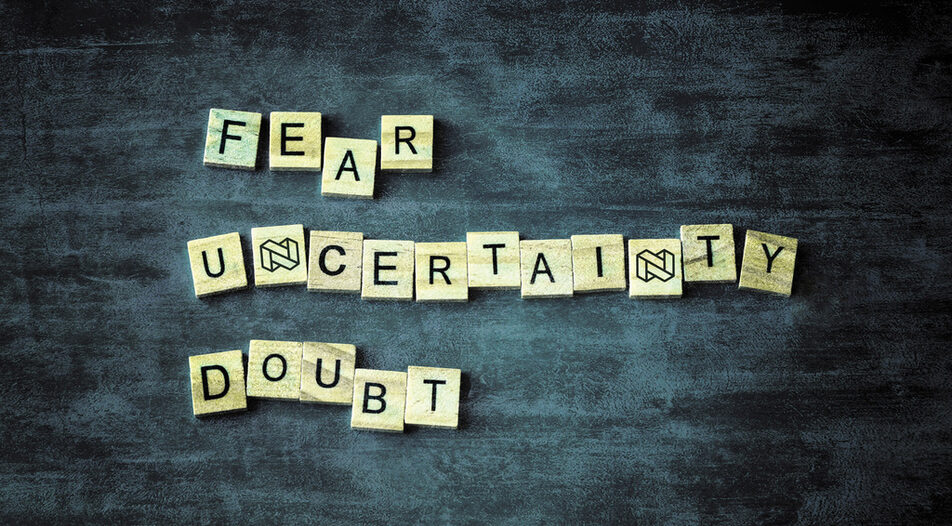 How the Bulgarian company convinced itself, its employees and its customers that all accusations against it were a conspiracy - or FUD

If you missed our earlier stories on Nexo:

The day in 3 news: Nexo's owner to seek damages from Bulgaria

"In a bit I'll tell you just how this FUD happened," Nexo co-owner and co-founder Kosta Kanchev wrote in the company's general chat hours after prosecutors began raiding its offices. "The clients need us. Unfortunately, BG is BG, that's just how it is," Kanchev also wrote. That statement, along with several mocking internal Nexo chats aimed at the prosecution, leaked quickly after news of the case broke out. On the one hand, they cast doubt on the abilities and true intentions of the Bulgarian authorities, but for the few people who know what FUD is, they also show the almost occult corporate culture prevailing at Nexo, which can be summed up in a few words: everything is always a conspiracy against the company.

The explanation FUD (fear, uncertainty, doubt; a term used primarily in crypto circles to explain the spread of rumors against a given company or cryptocurrency) is well known to everyone who has followed Nexo's activities through the last few years. When a Nexo employee was outed as the author of a report aimed at manipulating the price of the Chainlink cryptocurrency, it was dismissed as FUD. When New York prosecutors accused Nexo of offering deposits without a license, it was dismissed as FUD. When three Irish entrepreneurs said the company had cost them $60 million, this was also dismissed as FUD.

For many of Nexo's employees and customers, the accusation leveled by the Bulgarian prosecutor's office that it is an organized criminal group led by Kanchev is nothing more than FUD. And this tactic works not least because of the extremely low level of trust in the Bulgarian authorities. While Bulgarian media space has been flooded by the Nexo case, the company continues to operate and the Twitter channel posts as if nothing happened. Kanchev himself writes in the general chat that the situation is business as usual - in other words, everything is fine, and if it is not, then it is FUD. Of course, the company is in a rough spot right now, and its team is one of its most valuable assets in the hyper-competitive tech job market. Internal communication is extremely important at the moment, and this is a completely understandable strategy. But this didn't start now.

Capital's sources, whom the media has spoken to over the past two years, give a general explanation for what looks like a parallel reality from the outside: internally, the company has been molded into a cult.

In 2020, Nexo had a problem. It was not well-known in Bulgaria, because the company's product was not available here and accordingly was losing its competitive edge in its bid to hire quality staff. That's why Nexo, which at that time had existed for more than two years, started a massive campaign - at first with billboards all over Sofia, with inscriptions like "Mom is proud of you? You don't belong here" and "Are you doing perfectly? It's not enough." The billboards may have appeared to be in random places, but insiders say they were put up right outside the offices of other IT companies to lure their recruits.

This campaign gives us a little glimpse into the Nexo mindset. A contractor who worked on Nexo's communication strategy tells about offers for employees to tattoo the company's logo on themselves for a bonus of 10,000 levs. It is not clear whether anyone took advantage of the offer. Another proposal that ultimately did not see the light of day was for a hologram monument depicting the company's employees in order to attract new ones to the rapidly growing business. Recalling calls from Nexo at night, topped with the company's party culture, the contractor sums up: "It's a Wolf of Wall Street situation, what can I tell you?"

However, with the growth of the business came something else - paranoia. Several former Nexo employees, whom Capital has spoken to at various times over the past two years, say that over time the surveillance of the company's main office has progressively increased. This is easily noticeable to anyone who has been inside - once someone enters the building, video cameras follow them everywhere. The office of the co-founders Antoni Trenchev and Kosta Kanchev can only be accessed via facial recognition, and once you've passed it, all doors are automatically locked - including the one that separates the office from the toilet.

According to some of Capital's sources, over the years the number of security guards has risen significantly, especially after March 13, 2020. In Bulgaria, this was the day the government declared a state of emergency and closed the country due to the coronavirus. In the crypto world, the date is known as Black Thursday because cryptocurrency prices crashed by 50%. At the time, in order to save itself from particularly heavy losses, Nexo liquidated a huge number of positions and changed its rules so that they no longer said that the crypto given as collateral remains the property of the user. In 2021, Kosta Kanchev and Antoni Trenchev denied that the rule change had happened, but Capital published the deleted old rules from before the change, provided by its sources.

This atmosphere leads to two logical developments. The first is that most employees do not last long in the company. Those who leave are often written off as traitors - some of them, for example, claim that they never received the bonuses they were paid in the corporate Nexo cryptocurrency. Others leave quietly.

The second is that loyalty is rewarded. Another part of Nexo's branding campaign in 2020 and 2021 is advertising material, mostly in business publications (including Capital), dedicated to their employees. One of the best examples of loyalty and reward is Simeon Rusanov, who is officially responsible for researching new assets to be released on the platform. An interesting story from the company's recent past is associated with him:

In July 2020, Nexo began accepting the Chainlink cryptocurrency as collateral for loans. Days later, a report by Zeus Capital posing as an analyst company appeared on the Internet. The report claimed that Chainlink was a scam, had no real value and the price of the cryptocurrency would crash to 7 cents. Within days, Twitter and Reddit users were doing a thorough check on the report and the site on which it appeared: they found links to Nexo's site and the name "Simeon" in the metadata. Additionally, some users received the report by email, which they only ever used for their Nexo accounts.

In 2021, Trenchev and Kanchev denied the connection between Nexo or Simeon Rusanov to the report, but three separate employees confirm that they witnessed the compilation of the report. They also provide a draft of it, leaked from email correspondence within the company. One of the three sources also confirms the logical explanation for it - Nexo had a short position on Chainlink, i.e. a bet that the price of cryptocurrency would fall.

The explanation, as always, is the same - the company was framed. FUD. Rusanov has become something of a legend inside Nexo, and many of the employees in the inner circle enjoy frequent reminders of the case on Twitter.

When, in September 2022, New York prosecutors accused Nexo of providing a deposit product without a license, the explanation was simple - FUD and misunderstanding by the authorities. When financial regulators in Kentucky wrote that the company's solvency was questionable if one did not consider the value of its own cryptocurrency, the market price of which could not be be determined, the explanation was familiar - FUD.

Nexo's repetition of this explanation is not surprising. But many of Nexo's customers are just as convinced. And not only them. On January 14, two days after the company's offices were raided and one day after the prosecutor's office accused Trenchev, Kanchev and two other directors of forming an organized crime group, the website Cryptopolitan predicted that by 2032 the price of the NEXO token would grow exponentially and it would be worth at least $30, at a current price of about 70 cents.

This belief builds on another refrain at Nexo: that the company makes a unique product that changes the world. Allegations aside, Nexo's product is indeed a success. Few companies in Bulgaria can boast that at any time they managed assets worth 10 billion dollars. However, the business model is not that unique, nor can it be said to be changing the world - it just provides a quick solution to a niche problem among investors in a niche industry.

Nexo, of course, is not the only company that sincerely believes it is changing the world and requires its employees to put business above all else. In that way, it's a lot like WeWork, the shared workspace company that's also becoming a cult and also believes it's changing the world, even though it's just subletting offices. Thanks to its founder Adam Numan, WeWork reached a valuation of more than $40 billion, just before collapsing to its current valuation of around $1 billion.

This also explains why, almost two weeks after the raid on the company's offices, Nexo continues to work as if nothing has happened. The core employees sincerely believe that the prosecutor's office in Bulgaria, like the one in New York, is simply producing FUD. Of course, everyone is innocent until proven guilty, and it is possible that none of the charges against the company will hold up in court - if, in the Bulgarian case, it comes to court at all. But even in the age of corporate cults, it's good to understand the difference between skeptical thinking and conspiracy. After all, not everything is always FUD.

If you missed our earlier stories on Nexo:

The day in 3 news: Nexo's owner to seek damages from Bulgaria

"In a bit I'll tell you just how this FUD happened," Nexo co-owner and co-founder Kosta Kanchev wrote in the company's general chat hours after prosecutors began raiding its offices. "The clients need us. Unfortunately, BG is BG, that's just how it is," Kanchev also wrote. That statement, along with several mocking internal Nexo chats aimed at the prosecution, leaked quickly after news of the case broke out. On the one hand, they cast doubt on the abilities and true intentions of the Bulgarian authorities, but for the few people who know what FUD is, they also show the almost occult corporate culture prevailing at Nexo, which can be summed up in a few words: everything is always a conspiracy against the company.