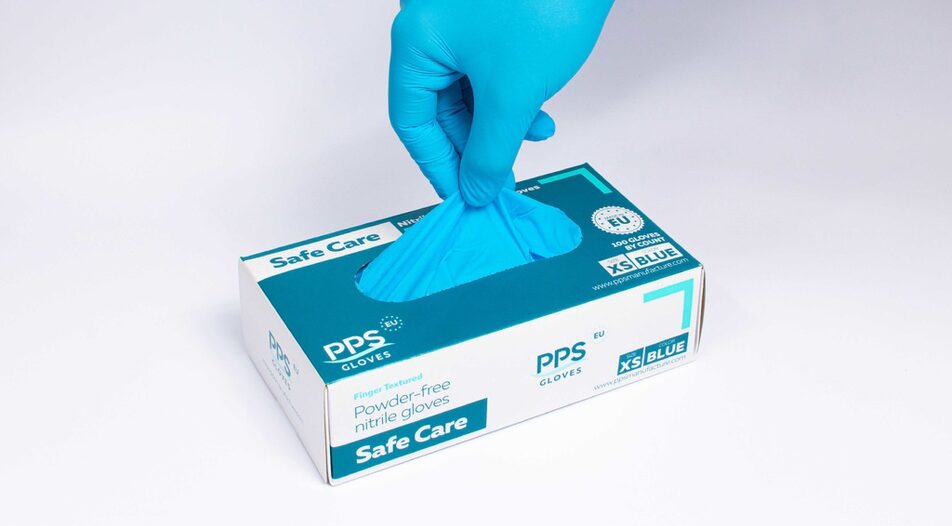 by Special project for PPS

At the start of the Covid-pandemic the world suffered global shortage of personal protective equipment and almost complete dependence on Asian products, which however, in addition to being sparse, were increasingly difficult, expensive and slow to deliver.

On the background of this major global problem, the team behind the Bulgarian PPS Manufacturing recognized the opportunity and within less than two years managed to start the first nitrile glove factory in Europe. It is located in Plovdiv, where the custom- designed automated production line is located on an area of 6 000 square meters. The production process is continuous and its capacity is 35 thousand gloves per hour or about 250 000 boxes per month.

The investment so far amounts to BGN 16 million, but the company is already planning for a capacity increase and an additional investment of nearly BGN 10 million by the end of 2024. Currently, 50 employees are engaged in the production, and after the expansion, their number will reach 100.

Ostensibly, the European production of PPS Manufacturing could hardly compete with Asian factories, mainly due to the far better working conditions and pay it provides, as well as complying to stricter environmental requirements and paying higher energy and raw material supply costs.

"Our only chance is to do things smarter, better, faster and more efficiently," sums it up with a smile the executive officer of PPS Manufacturing, Anton Petrov. He believes that this business is relatively new on a global level and there has been large-scale production of nitrile gloves for no more than 10 years, and the technologies of a large share of the existing productions, unlike the ultra-modern factory in Bulgaria, have already become obsolete.

The desire to be one step ahead of its competitors is amongst the reasons why the company invested in its own R&D department. Currently, its focus is the development of biodegradable nitrile gloves, with the plan being to fully transition to such production within the foreseeable future.

For this purpose, the Plovdiv company, together with applied-science organizations in Germany and other European countries, have established the German company PPS Innovation GmbH. Its main task will be to transform the life cycle of nitrile gloves - from the production of the input ingredient from ecological raw materials, through energy and resource efficiency, to the complete organic recycling of the gloves at landfills. This will make the product completely sustainable and eliminate contamination.

Made in the EU

The European address of the PPS Manufacturing factory brings a number of advantages for the company's customers based on the old continent. There are no customs duties, the logistics risk and all accompanying customs formalities are eliminated. The product already has obtained all the required registrations and has passed the strict certification and licensing procedures. The main bonus, however, is the possibility to order smaller quantities.

"The minimum quantity you can order from any Asian factory is one container. For a distributor this would mean blocking funds for at least a few months until the product arrives, and then some more until they are able to sell it", explaines PPS' General Manager Georgi Petkov and adds that part of PPS' strategy is to maintain high stock levels, which would allow fast deliveries. A maximum of three days, to any point in Europe, and for the domestic market - the very next day. Another huge advantage is their easier access to large tenders organized by the state institutions of the EU member-states.

Customers from Bulgaria, Romania, Greece, Croatia, Slovenia, France, Germany and Hungary have already demonstrated their interest in the product of the Bulgarian company.

"Our strategy is to work with major distributors in various European countries. We usually partner with the two key players in a country. One for the medical sector - a supplier for the main healthcare facilities, and another for personal protective equipment", this is how Dimitar Stamov, member of the board of directors and one of the founders of PPS Manufacturing, explains the company's strategy.

He maintains that the product has two main areas of application - medicine and industry (in food production, for example, where it is used as personal protective equipment).

Gloves as part of national security

Another important fact is that their customers are no longer facing the risk of an unpleasant surprise resulting from product quality. The company gives an example with the infamous CNN investigation, which revealed that millions of used gloves were imported into the USA, after being repackaged and sold as new.

"Our company was created as a result of a call for action in the midst of a global pandemic. We aim to achieve this by providing independent access to reliable personal protective equipment, while seeking green solutions. The very fact that there is already such production in Europe reduces the risk of shortages not only on the Bulgarian market, but also on the entire European market and to a large extent reduces our dependence on Asia, which is one of the strategic priorities of the European Commission", says Dimitar Stamov.

The fact that the construction of the factory is supported by funding from the "Sustainable Cities Fund" under the financial instrument "Urban Development Fund", is indicative that their project is in harmony with the European understandings of industry development. The total amount of the credit resource provided is BGN 12 014 990, of which BGN 7 088 844 is received from the Operational Program "Regions in Growth 2014-2020" and includes co-financing from the European Regional Development Fund.

A Partner is Wanted

The next goal for the PPS team is the planned production expansion, with the idea being to duplicate the already operational production line. The entire supply infrastructure has been built, and the building itself is planned to house two similar but independent production lines. Therefore, the investment required for the expansion is far less than the initial investment.

"We are able to find a financial investor for the second stage of the project relatively easily, but rather we are looking for a partner who already has gained experience in similar production and would join forces with us," says the executive officer of PPS Manufacturing, Anton Petrov.

"We have already seen this process start in the US and the growing number of Asian companies that are opening their own bases there. I believe that, albeit with a little delay, this will also happen in Europe", comments the manager and adds that the low corporate tax, relatively lower labor costs and the central location on the continent makes Bulgaria a highly attractive investment destination.

A comfortable fit, with an improved sense of touch due to the soft and light design.

Shelf-life: 5 years (in original packaging, if stored according to ISO 2230)

At the start of the Covid-pandemic the world suffered global shortage of personal protective equipment and almost complete dependence on Asian products, which however, in addition to being sparse, were increasingly difficult, expensive and slow to deliver.

On the background of this major global problem, the team behind the Bulgarian PPS Manufacturing recognized the opportunity and within less than two years managed to start the first nitrile glove factory in Europe. It is located in Plovdiv, where the custom- designed automated production line is located on an area of 6 000 square meters. The production process is continuous and its capacity is 35 thousand gloves per hour or about 250 000 boxes per month.