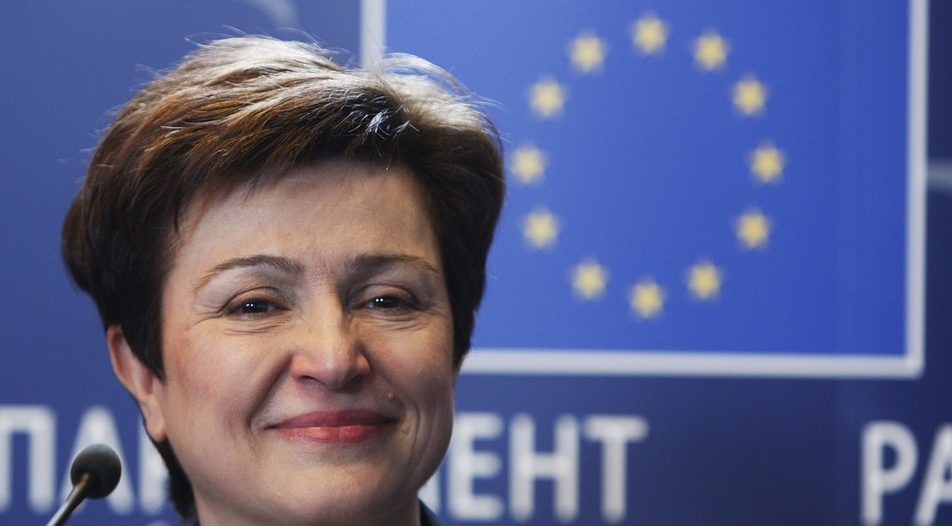 During her seven years in Brussels, Ms Georgieva challenged the notion that Bulgaria is not ready to supply top-notch bureaucrats and politicians.

Even though three Bulgarians were considered for four of the five top positions in the EU institutions, in the end Sofia got a second-tier spot in the European Commission.

During her seven years in Brussels, Ms Georgieva challenged the notion that Bulgaria is not ready to supply top-notch bureaucrats and politicians.

If someone had suggested in early May that three Bulgarians would be considered for four of the five top positions in the EU institutions, that person would have probably been deemed mentally unstable.

For a country with no significant weight in EU politics, it is a one in a million chance to appear at the centre of the political gameplay in Brussels. Bulgaria, however, flickered briefly above the horizon, only to recede into oblivion without securing any top position in EU institutions. Later, Ms Georgieva was nominated to head the International Monetary Fund (IMF) and now she is the uncontested candidate for the position - a great success for her, but with less significance for Bulgaria.

Why was the chance missed? Securing a key position in the European institutions was never going to be easy since Bulgaria is a marginal player in EU politics. Fact is, Bulgaria's brief foray into Brussels' deal-making was more down to the personal qualities of Ms Georgieva who is respected in the EU's capital. But more importantly, Bulgarian Prime Minister Boyko Borissov tackled the situation like a footballer who had received an unexpectedly good pass in front of an almost empty goal and while wondering how to react the ball slipped away.

How Bulgaria came into play

Kristalina Georgieva's name came into play when several countries and EU political families expressed doubts about Manfred Weber. The German politician was the candidate for European Commission president from the centre-right European People's Party (EPP) which won the highest number of votes in the European Parliament elections in May. Countries like France and the Netherlands, (whose prime ministers belong to the rival Liberal political family) viewed Ms Georgieva as a worthy contender who could derail Mr Weber and win the support of the East European countries. Even though she quickly won the approval of Poland and Hungary which were unhappy with Mr Weber, it was not enough to overcome Germany's staunch support for its own national and reluctance to accept candidates who hadn't run in the European Parliament elections.

In the ensuing discussion, Ms Georgieva emerged as a possible EU foreign policy chief. The position was a good match for her personal interests and capabilities. Surprisingly, during the EU summit which discussed appointments in EU institutions, Mr Borissov said on July 1 that he had refused to have Mr Georgieva elected to the post. His explanation: to prevent possible conflicts with Serbia and Macedonia if both countries are not invited to start accession negotiations with the EU. He said he wanted something "more substantial". However, Mr Borissov's aversion probably had more to do with his reluctance to see Sofia at the helm of deciding EU's policies towards Russia. For example, the High Representative is very visible when sanctions against the Kremlin are being discussed.

Since the foreign policy slot was assigned to Bulgaria during the negotiations between the bigger EU members, France put forward Bulgarian commissioner Mariya Gabriel but soon it became clear that she had no support. Later, former Bulgarian Prime Minister Sergey Stanishev emerged as a possible candidate for president of the European Parliament. Mr Stanishev was proposed in order to introduce an East European as leader of one of the key EU institutions, but he too failed to secure the post.

Independently of the Bulgarian government, Ms Georgieva was proposed for President of the European Council, the forum where the 27 heads of state and government meet. On July 2 she was very close to being appointed. But opposition from Mr Borissov's political allies at the EPP derailed the plan. During early morning negotiations, the Bulgarian PM appeared reluctant to display any enthusiasm in the fight for Ms Georgieva.

Finally, when France orchestrated Ms Georgieva's nomination for the position of managing director of the IMF by introducing a special procedure to overcome German opposition, Mr Borissov tried to attribute the success to his diplomatic skills.

The first lesson, sad but true, is that conspicuously successful Bulgarians who think they can stake a claim to a top international position cannot rely on their government's assistance. Sofia can't grasp how having its own nationals in important roles on the world stage helps the country. Ms Georgieva is a good example. During her seven years in Brussels, Ms Georgieva challenged the notion that Bulgaria is not ready to supply top-notch bureaucrats and politicians. Of course, it doesn't help that Mr Borissov doesn't like the idea of Bulgarian representative whose personal qualities and talents clearly surpass his and who could theoretically use his position to gain political support in Bulgaria.

The second lesson, which should have been obvious, is that you can't win a game by staying on the sidelines. Ms Georgieva's name was fielded in discussions about appointments in EU institutions without Sofia's knowledge. But the Bulgarian government was unable to convert the unexpected good pass and reacted with bemusement at Brussels' machinations.

And finally, when good balls are carelessly missed, no one will bother to repeat the past.

If someone had suggested in early May that three Bulgarians would be considered for four of the five top positions in the EU institutions, that person would have probably been deemed mentally unstable.