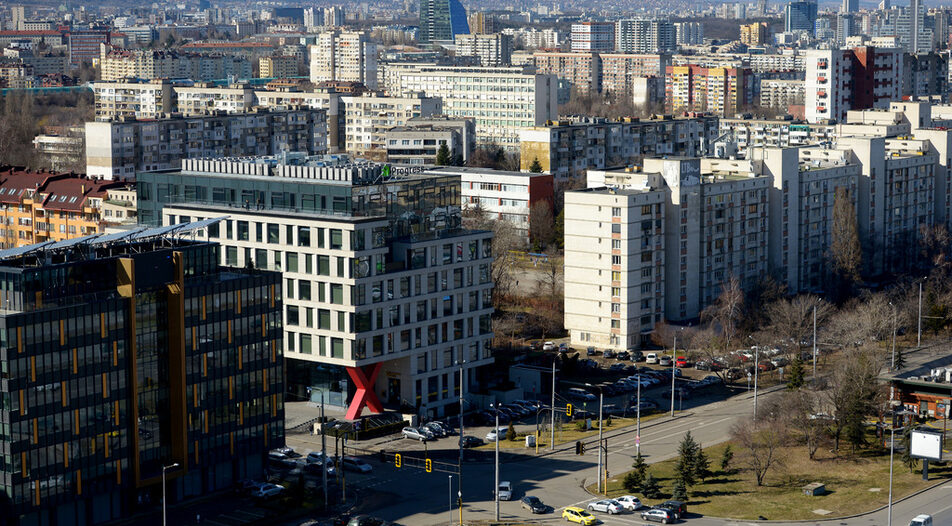 First drop in real estate deals in Bulgaria since the pandemic

The drop is huge - out of 113 registry offices, only 24 saw an increase, while four saw retention in the number of sales and purchases.

First drop in real estate deals in Bulgaria since the pandemic

The number of property sales falls 7% year-on-year in the third quarter, with the contraction in Sofia twice as big

The drop is huge - out of 113 registry offices, only 24 saw an increase, while four saw retention in the number of sales and purchases.

The activity of the real estate market declined in the third quarter of 2022 year-on-year, following a slowdown in the second one. There were 62,459 property sales registered in July-September, according to the Registry Agency. This is down 7.23% compared to the same period in 2021, or 4869 fewer transactions. The data includes registered transactions with buildings, parts of buildings and land. The drop is huge - out of 113 registry offices, only 24 saw an increase, while four saw retention in the number of sales and purchases. Thus, the fear of a looming global recession and the beginning of interest rate hikes is settling in Bulgaria's housing market.

Thanks to the strong start of the year, the data for the first nine months show an increase in annual terms. The number of sales of real estate is up 1.5% compared to the same period in 2021.

Five of the six largest cities in the country report an above-average decline of 7% in the third quarter. In Sofia, for example, a quarter earlier the number of transactions froze, and in the third quarter, they fell 15.23% year-on-year. In Plovdiv, the decrease deepened from 3.8% to 10%, but it is still closer to the country's average.

Among the big cities, only the market in Varna fared a touch better. The transactions at the beginning of the summer grew by 10.6% year-on-year, and now they decreased by 8.4%. In Burgas, the growth of 10.5% in the second quarter turned into a decline of 14% in the third quarter. Stara Zagora already observed a drop of 8.9% in the three months to end-July and now it is 21% - a record among the six big cities. The market in Ruse held on - the decline in the second quarter was 3%, and in the third, it accelerated to 3.25%.

Registration offices along the Black Sea coast report a rise in the number of property transactions in the third quarter. These are Nessebar (21%), Pomorie (7%) and Tsarevo (4%). It is difficult to determine whether this is mainly due to increased demand for vacation homes, or whether the Russian-Ukrainian war is a factor. So far its impact has not been sufficiently studied.

The winter resort area of Pamporovo also sees growth, as reported by the offices in Chepelare (4%) and Smolyan (17%). Increased activity is also observed in Tryavna (29%).

The other settlements with more real estate deals are mainly those in the periphery of the country, where it seems that the real estate boom has come with a delay and will probably recede in some time.

Among the six major Bulgarian cities, only the offices in Varna and Burgas ended the nine months through September with an increase in the number of transactions on an annual basis. In Varna, it is 8.8%, and in Burgas - almost 2%. Sofia and Plovdiv deals are down by 3%, Ruse stagnates (-0.23%), and Stara Zagora posts a drop of 8%.

Against the 1.5% growth of the real estate market for the nine months, 16 registration offices have recorded double-digit increases in the number of transactions. Four of them are along the Black Sea coast. The undisputed record holder is the registry office in Nessebar with a rise of 54.5%. It includes the transactions in Black Sea resorts from Ravda to Obzor which are 7460 for the nine months. This is the fourth largest number of real estate deals after those recorded in Sofia, Plovdiv and Varna. With more than 1,000 transactions each and growth between 17% and 22% are the registration offices in the coastal towns of in Balchik, Pomorie and Tsarevo.