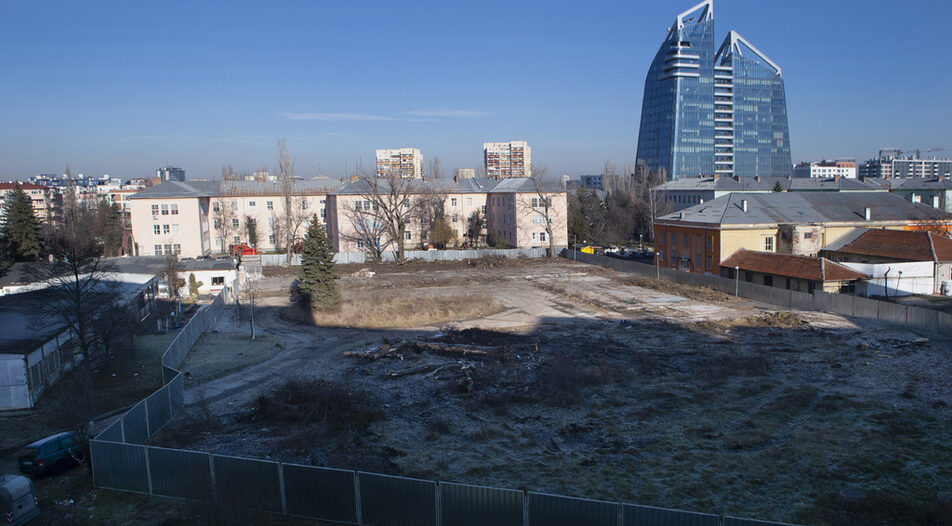 PIMK, which in July started building the largest residential project in Sofia - Capitol Residence behind the Central Railway Station, is poised to expand its activity in the capital city.

The Plovdiv-based transport and construction group has bought land with a construction permit for a residential building from Rumen Gaitanski’s Wolf company for 11.3 million BGN

PIMK, which in July started building the largest residential project in Sofia - Capitol Residence behind the Central Railway Station, is poised to expand its activity in the capital city.

It will be interesting to see what prices the investor would charge, as PIMK has been selling at the lower end of the market
This article is part of the Special Issue of KInsights dedicated to the most important developments in the real estate sector of Bulgaria. You can buy it here.

The Plovdiv-based transport and construction group PIMK, which in July started building the largest residential project in Sofia - Capitol Residence behind the Central Railway Station, is poised to expand its activity in the capital city. In November of 2021 it bought a plot of land with a building permit from Wolf LTD, a local company owned by Rumen Gaitanski a.k.a. The Wolf. The plot is located in the old part of the Studentski Grad district, close to the G.M. Dimitrov boulevard. The plan for the development of the plot spanning 6.5 hectares includes the construction of 19,000 square meters of housing and public facilities. Together with the planned underground parking lots, the total area that will be developed goes up to 25,000 square meters.

The project can hardly rival the residential complex under construction behind the Central Railway Station of Sofia - it equals only a quarter of the first stage of the mastodon, which will take up 108,000 square meters of floor area. In total, about 350,000 square meters comprising 3200-3300 apartments are planned for the bigger project of PIMK.

Even for Sofia standards, however, where the trend is to build ever larger residential buildings, a project of 20-25,000 square meters is far from small. What makes the Studentski Grad project even more curious is the geographical expansion of the Plovdiv developers. They started with a building in the Lyulin 8 district on Slivnitsa boulevard (currently properties there sell at 800 euro per square meters). With the Central Railway Station project, PIMK declared their intentions to practically build a new mega-quarter that would change the appearance of the industrial area north of the railway station. Now they are shifting their aim to the southeastern parts of Sofia, which are the preferred living areas in the city and are a field of competition for many developers.

Land and permit for 11.3 million BGN

The estimated price for the land and the building permit is 11,338,900 BGN, which equals the capital of the company Capitol Build 2. It was established on 8 November by Wolf LTD - one of the companies owned by Sofia mogul Rumen Gaitanski. On 23 November, Capitol Build 2 was acquired by Capitol Build - the main company through which PIMK carries out its expansion in Sofia. This company was established at the end of 2019 and is co-owned by Petko Nestorov and Ilian Filipov (the owners of PIMK, through their PIMK Property firm), and Tsvetan Pulev.

Capitol Build is also the owner of Capitol Build 1, the company behind the Capitol Residence project. Separately, Nestorov and Filipov, through their company PIMK Build, are also currently developing 11 residential projects in Plovdiv. Construction is an additional business for them, as their main company, PIMK, is the third largest in the transport sector in the country after the state-owned Bulgarian State Railways (BDZ) and National Railway Infrastructure Company. It is the seventh largest company by revenue in Plovidv.

The plot of land seems to have originally belonged to the former state-owned company Univers Invest. In 2002, the Ministry of Economy sold it to the waste cleaning company from the group of Rumen Gaitanski, Wolf 96, for a price of 455,000 BGN. In 2006, Univers Invest transferred the ownership of the site to a company called Avangardstroy. In September 2019, both companies merged into Wolf LTD, whose ultimate owner is Mr Gaitanski.

The plot of 6,458 square meters in Studentski Grad is surrounded by buildings owned by the University of Mining and Geology St. Ivan Rilski on two sides, and the campus of the Technical University of Sofia and a number of student dormitories on the other. The entrance to the site is from the narrow Prof. Georgi Bradistilov Street. Nearby are the Vitosha Park Hotel Sofia, and the Invitro Clinic Sofia. In general, the plot is adjacent to a large area intended for use by education institutions.

PIMK refused to comment on its new project and the buyers it is targeting. It could be expected that it would be of interest to employees whose offices are in the new NV Tower building on G. M. Dimitrov boulevard. From the Dianabad side of the boulevard, PIMK will face the competition of two large-scale newly constructed residential buildings by Artex and First Investment Bank, which are also close to the G. M. Dimitrov metro station. Another hypothesis is that housing in Studentski Grad would be particularly attractive for parents from outside of Sofia whose children study in the capital.

It will be interesting to see what prices the investor would charge, as PIMK has been selling at the lower end of the market. According to property website ocenime.bg, the average price in the area of the future building is 1,446 euro per square meter (for an 80 square meter apartment). On a 10-point system, the website rates the parking spaces in the area at 1.4, the parks, safety and connectivity at between 4.5 and 5.4, and the clean air and schools at 7.0-7.2.

Interest toward construction in Studentski Grad last year was huge. It is number one in Sofia in terms of the volume of building permits issued in 2021, according to the Architecture and Urban Spatial Development Service website. Permits for as many as 46 new buildings with a total floor area of 248,013 square meters have been issued - an increase of 62 percent compared to the previous year. "Almost all permits, however, are for the Malinova Dolina area, and in the old part of Studentski Grad new residential buildings are rare," the chief architect of the area Dian Dimov says.

Advertising
It will be interesting to see what prices the investor would charge, as PIMK has been selling at the lower end of the market
This article is part of the Special Issue of KInsights dedicated to the most important developments in the real estate sector of Bulgaria. You can buy it here. 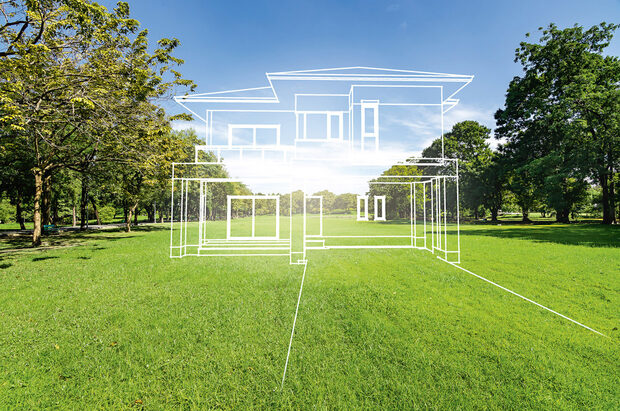 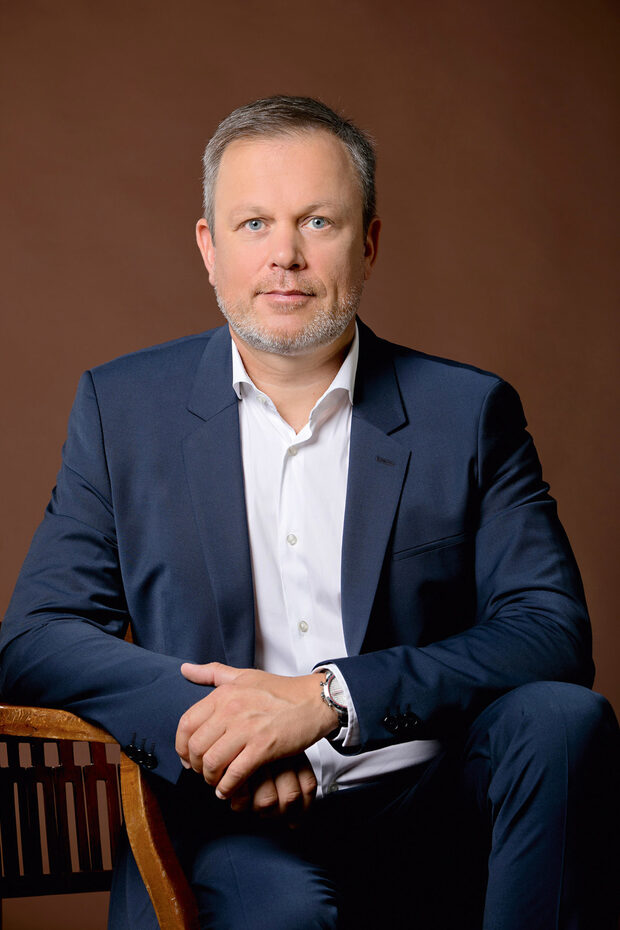 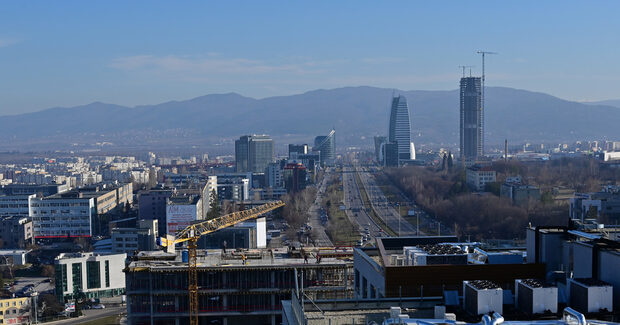 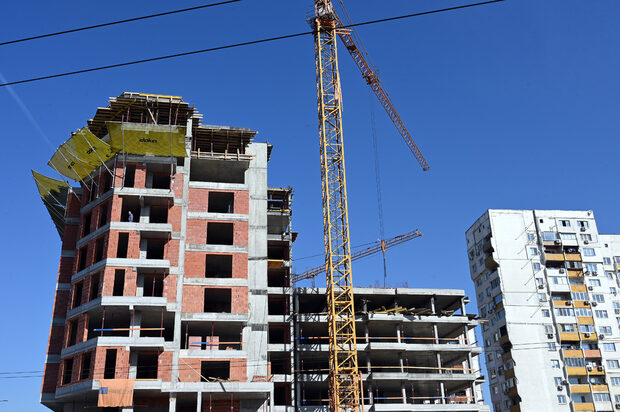