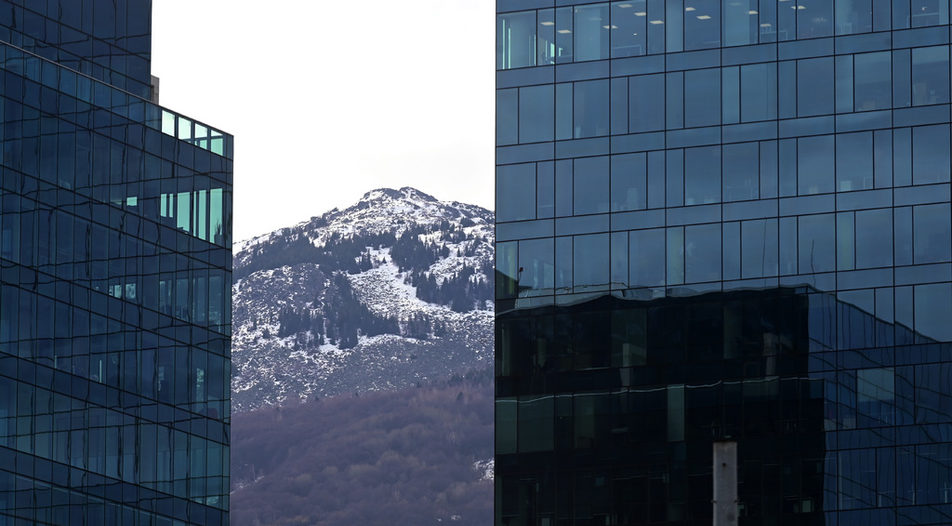 Unsurprisingly, the pandemic has had an effect on the biggest office market in Bulgaria - Sofia. Last year, vacant office space increased, construction decreased, and prices went down.

In terms of rented office space in Sofia, 2020 marks a five-year low, according to surveys conducted by several consulting firms in the industry. According to Sofia-based property adviser Cushman & Wakefield Forton, 107.8 thousand square meters were rented last year, whereas real estate consulting firm Colliers sets the number at 107.6 thousand square meters. Both companies report a decline of 39% compared to 2019.

There were new deals but they were far and between. Several leases for areas under construction were signed in the fourth quarter, for example Allianz Holding renting the Park Lane Office Center in Sofia's Hladilnika district. But the market in 2020 was driven mainly by renewed leases, relocations, and consolidations. The effects of the pandemic were felt in the second half of the year as the momentum from 2019 ran out. Demand came predominantly from the IT and outsourcing sectors, professional and financial services, utilities, and trade, according to an analysis by Colliers.

According to real estate company MBL's data, net absorption in the fourth quarter of 2020 was 9,500 square meters - a significant decrease compared to the 36.2 thousand in the same period of 2019.

According to corporate real estate consultants Avalant, the areas leased in the fourth quarter totaled 27,000 square meters (an increase compared to 16,000 in the third quarter) but net absorption was very low - at only 4,700 square meters. Among the office deals of last year, 66% were for existing buildings and 34% were for properties under construction, Avalant added.

Over 13% of spaces are vacant

At the end of 2020, vacant office spaces in Sofia jumped to 13.6% of the total - an increase of 2.2 percentage points compared to the previous quarter, according to C&W Forton. According to MBL, vacant spaces of classes A and B increased by 25,000 square meters in the fourth quarter compared to the previous one, reaching 260,000 square meters. The increase was partly due to vacant spaces in newly constructed office buildings, while about 40% was due to firms vacating spaces in existing offices to optimize their business processes, according to Avalant consultants.

Avalant estimates that the vacant spaces of class A are 12.72% of total, located mostly in areas outside the city center. The level of vacant class B areas remains almost unchanged at 14.68%. Avalant expects a sharp increase in vacant space in the first half of 2021 due to several delayed low-occupancy office projects.

Last year also brought a new trend to the office market in Sofia - tenants subletting part of the office space to others in order to reduce expenses. The practice is carried out mainly by firms in IT and BPO who have either leased additional space in anticipation of high growth that didn't come into fruition, or vacancies due to remote work, С&W Forton experts told Capital Weekly. According to a С&W Forton survey, on average 20% of employees in IT and BPO are expected to continue working from home even after the pandemic. C&W Forton estimates this new type of supply in Sofia at 28,000 square meters at the beginning of 2021 which is close to one-tenth of total supply currently.

The length of time for which the areas in question are offered varies but in most cases contracts are much shorter than standard leases in commercial buildings. This means that companies view the practice as a temporary solution. Moreover, the remaining uncertainty in the business environment does not allow for long-term planning, consultants say. C&W Forton advises that subletting office space is possible only with the explicit consent of the landlord.

According to Avalant's assessment, in central Sofia the rental price offered for class A space varies between 11 and 14 euro per square meter, and for class B buildings - between 9 and 12.50 euro. In other areas price levels are in the range of 6-11 euro.

The sharp decline in demand and growing competition in supply have put significant pressure on rental levels in all areas of the capital. This has had little effect on initial price offers where the decline is around 2% on average (more noticeable in areas outside the city center) but more landlords are ready to offer significant discounts in more advanced negotiations.

C&W Forton notes that the growth in the volume of vacant spaces is expected to keep rental levels under pressure in the coming months, especially in areas with new office projects. Colliers notes that rents remain relatively stable despite the pressure coming from the pandemic and the economy. In the short term, they expect a small decline due to the forecasts for growth of vacant space and the release of new projects on the market.

The development of the office market will depend on the state of the economy, the pandemic and vaccination rates, corporate strategies, and the balance between working from home, from the office, and in co-working spaces, real estate consultants say.

Analysts from Colliers expect employees to gradually return to their offices after the spring of 2021, and that this process will accelerate in the second half of the year. According to Avalant, the overall level of uncertainty about demand levels will continue in the first half of 2021.

Many tenants feel insecure about their business. This, combined with the wider introduction of remote work during the pandemic, makes them extremely careful and willing to postpone long-term decisions about the office space they occupy.

"Many companies are still unable to build a long-term strategy for their office space. This uncertainty makes them look for flexible rental terms," said Hristo Andonov. The company also expects that the trend of shifting power dynamics from a market in favor of landlords (2017-2019) to one in favor of tenants will continue in 2021. Krastev believes that the market for office space will stabilize as 2021 progresses and various sectors gradually begin to recover. However, the flexibility of all parties involved in a deal will be a key factor in 2021 and 2022, he told Capital Weekly. Tanya Koseva-Boshova, chairperson of the Association of Commercial Building Owners in Bulgaria, adds that the financial condition of potential tenants is good - companies are healthy, working, their difficulties are logistical rather than financial. Also, office expenditures are often only 7-8% of total costs.

Previously, firms rented more space than they actually needed, in order to accommodate their growth plans. Now, with the spread of remote work, firms are more relaxed regarding growth. They know that if they start a new project, they can combine their employees to work on shifts either from home or from a shared workspace.

chairperson of the Association of Commercial Building Owners in Bulgaria

Unsurprisingly, the pandemic has had an effect on the biggest office market in Bulgaria - Sofia. Last year, vacant office space increased, construction decreased, and prices went down.

In terms of rented office space in Sofia, 2020 marks a five-year low, according to surveys conducted by several consulting firms in the industry. According to Sofia-based property adviser Cushman & Wakefield Forton, 107.8 thousand square meters were rented last year, whereas real estate consulting firm Colliers sets the number at 107.6 thousand square meters. Both companies report a decline of 39% compared to 2019.