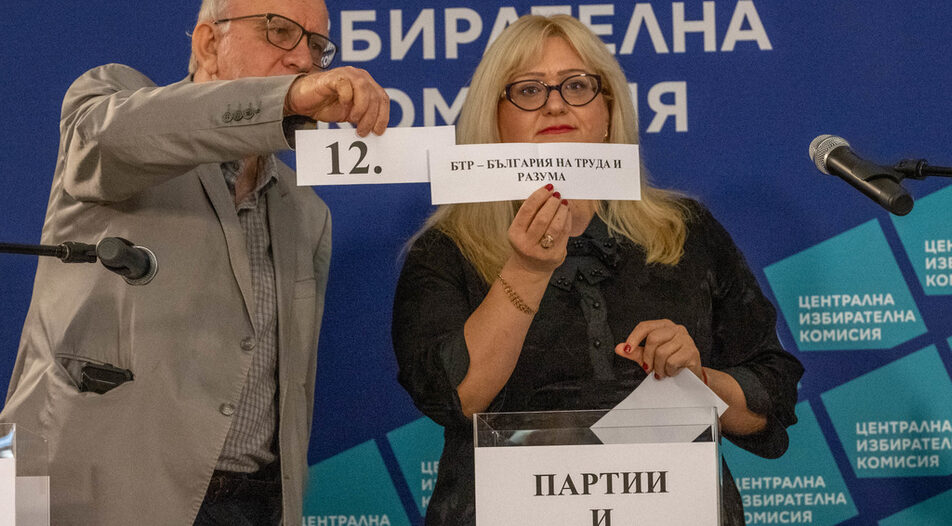 The new political season kicks off with smear campaigns, corruption allegations and president’s interference that would likely result in yet another fragmented parliament unable to support a government coalition

While the campaign for the early elections won't start officially until Friday, the main political parties have long geared up for the upcoming 2 October vote, doing what they do best - smear campaigns against their political opponents combined with a crossfire of corruption claims which largely serve to consolidate their core electorates.

Coupled with the strange, self-serving games played by President Rumen Radev through his proxy caretaker cabinet that has taken aim at ex-PM Kiril Petkov and Socialist leader Kornelia Ninova (both considered Radev's allies in the past), you get a recipe for yet another inconclusive election. This, in turn, would likely result in a fragmented parliament, lack of - or unstable at best - government coalition and a continuation of the semi-presidential mode of ruling the country through a winter that promises to be very difficult

Who is likely to get in?

While the latest sociological surveys are likely to be published in the coming days - precisely a month ahead of the vote - surveys by the two of the main polling agencies, Alpha Research and Market Links, from earlier in August have already suggested a repetition of the last fragmented parliament, with 6 or 7 parties likely to enter.

In the first week of August, Dobromir Zhivkov, head of Market Links told bTV it is almost certain that the precarious balance between "reformist" and "status-quo" parties from the last National Assembly would likely replicate in the new one. Both he and a later Alpha Research poll projected GERB winning the elections with a 3-4 percentage points lead ahead of the former governing party WCC of Kiril Petkov, which would probably get 17-19 percent.

Then come MRF with their typically stable 10-12 percent of the vote, followed by BSP with 10-11 percent, to be followed by the radical Russophiles from Vazrazhdane and their pro-Western counterparts from Democratic Bulgaria, which will tread around the 8.5 percent mark. Finally, two more parties are seen on the verge of crossing the 4-percent barrier - former caretaker PM Stefan Yanev's Bulgarian Rise movement and Slavi Trifonov's TISP.

Gas and corruption at the heart of the campaign

As the Bulgarian political tradition goes, the main parties lack any coherent programs to coax voters, relying instead on allegations against their opponents as the main campaign drivers. Things don't look too different for the upcoming parliamentary race, especially for the big dogs from GERB and WCC.

Both parties have been trading accusations throughout the summer. GERB picked on Mr Petkov's party for various alleged mismanagement and corrupt practices, ranging from buying more expensive Russian gas through Gazprom proxies after the supply cut in May to budget imbalances that might result in a record-high deficit next year.

WCC returned the fire by putting the focus of their early campaigning efforts on the legacy of GERB's alleged corrupt practices. Kiril Petkov and Assen Vassilev launched their election tour with visits to Kapitan Andreevo border crossing, where their leaders pinpointed alleged corrupt practices that have persisted throughout GERB's 12-year rule. Then they spoke from the Lukoil-controlled oil refinery near Burgas, blaming Bulgaria's fuel dependence on GERB's erroneous policies.

Overall, one of the most contested issues of the campaign so far appears to be the relationship Bulgaria ought to have with Gazprom. BSP, Bulgarian Rise and Vazrazhdane staunchly support the policy of a soft restart of relations with the Russian gas monopoly, while Democratic Bulgaria and WCC oppose any such move (which might make a potential coalition with Ms Ninova's Socialists harder after the vote). GERB and MRF, for their part, send mixed messages.

At a special press conference on 23 August, GERB leader Boyko Borissov expressed views similar to those of BSP. In his words, the existing contract with Gazprom should "go on until 31 December", and during this time the government should negotiate supplies from the US, "talk with Erdogan and book slots [for LNG deliveries] so that after the New Year's day there is full diversification," only to call for a restart of talks with the Russian company a few days later. In an interview for the Trud newspaper MRF leader Mustafa Karadayi said that "Goal No. 1 of both the caretaker cabinet and the next government should be to guarantee gas at affordable prices for people and businesses," which practically leans towards restart of talks.

In an attempt to regain some relevance after it single-handedly toppled the Petkov cabinet it was part of, TISP of Slavi Trifonov announced on August 26 that the aim of his party - if it enters Parliament again after the 2 October elections - would be to push for a referendum for making Bulgaria a presidential republic. This might simply be Trifonov's last-ditch effort to keep his party relevant after the fiasco with the withdrawal from Petkov's coalition cabinet. Or it might be an attempt to jump on the bandwagon of President Radev's popularity (his public support rating remains as high as ever) and try to replace BSP and WCC as "the President's party".

In any case, it is an outright attempt to change the core political discourse at a crucial moment. But it also creates a dangerous precedent - this is the first time a relatively significant party has called for a switch to presidential republic in the modern history of Bulgaria, and it might well escalate into a realistic possibility, bearing in mind the deadlock the Bulgarian political system is in right now.

Stagnation in the populist camp

Lastly, we turn eye to the populist parties - Vazrazhdane and Bulgarian Rise. The latter, led by former caretaker PM Stefan Yanev, seems to be having an underwhelming start, mostly after Mr Yanev's attempt to join the gas supply debate backfired. He wrote an unfathomable Facebook post, where he exclaimed: "Bulgarian brothers and sisters, don't you understand that you are being deceived? Why is the pipe whole? Why is the gas flowing? How many months would it take for the people with a heart in Washington who are in a "state of war" with Russia, to stop the gas? Why is the pipe whole? Why is the gas flowing?" This strange statement attracted significant mockery and is the only memorable thing that has come out of Mr Yanev so far, putting in question the anticipated rise of his party.

Vazrazhdane also seems to be running out of steam - mostly because of internal squabbles that would likely alienate a significant part of its core electorate. Arguing he seeks to combat party disloyalty, Vazrazhdane leader Kostadin Kostadinov eliminated the so-called citizen quota, which included most of the popular faces of the party such as Elena Guncheva, Plamen Paskov and Tsveta Glaunova. This would certainly have an effect on the score of the radical faction, which was on the rise in polls since the start of the Russian invasion of Ukraine.

If there is a wild card in the current election campaign, it must be the direct interference of President Rumen Radev and its proxy caretaker government led by PM Galab Donev in the political process. Even before the fall of the Petkov cabinet, Mr Radev did not spare his criticism of its policies, especially with regard to the war in Ukraine and its energy policies.

The attacks on the the Petkov government have only intensified since Mr Radev practically took personal control of the country with his appointment of a caretaker cabinet. The onslaught began with Mr Donev announcing "chaos and destruction" in the energy sector after Mr Petkov's stint, then went on to change key directors and members of the state administration and the state-owned companies. He specifically targeted BSP-controlled institutions (the Socialists were in charge of the state-owned enterprises through the Ministry of Economy and Industry, controlled by party leader Kornelia Ninova). The latest developments in this direction are the replacement of heads and board members at public gas supplier Bulgargaz and Kozloduy nuclear power plant earlier this week by people close to the opposition to Ninova within BSP.

These moves mean that Mr Radev either plans to remain at the helm of day-to-day government for long, which is very possible if there no coalition is formed after the elections, or that he wants to make it hard for the next cabinet to conduct its own policy at the beginning of their term in office. First, they will have to change the heads of various state-owned companies, boards and regulators. In any case, his moves ironically serve GERB and the other opponents of BSP and WCC - the parties that backed his re-election just a year ago.

"The cabinet does not behave like a caretaker one, but as an active participant in the election campaign. This places it on the very edge of its constitutional rights and leaves the impression that it aims to remain in power for a longer time," Alpha Research's Boryana Dimitrova told public radio BNR earlier this week. So, its actions that favor further erosion of the only possible coalition after the vote (WCC, BSP and Democratic Bulgaria) may have its explanation

While the campaign for the early elections won't start officially until Friday, the main political parties have long geared up for the upcoming 2 October vote, doing what they do best - smear campaigns against their political opponents combined with a crossfire of corruption claims which largely serve to consolidate their core electorates.

Coupled with the strange, self-serving games played by President Rumen Radev through his proxy caretaker cabinet that has taken aim at ex-PM Kiril Petkov and Socialist leader Kornelia Ninova (both considered Radev's allies in the past), you get a recipe for yet another inconclusive election. This, in turn, would likely result in a fragmented parliament, lack of - or unstable at best - government coalition and a continuation of the semi-presidential mode of ruling the country through a winter that promises to be very difficult