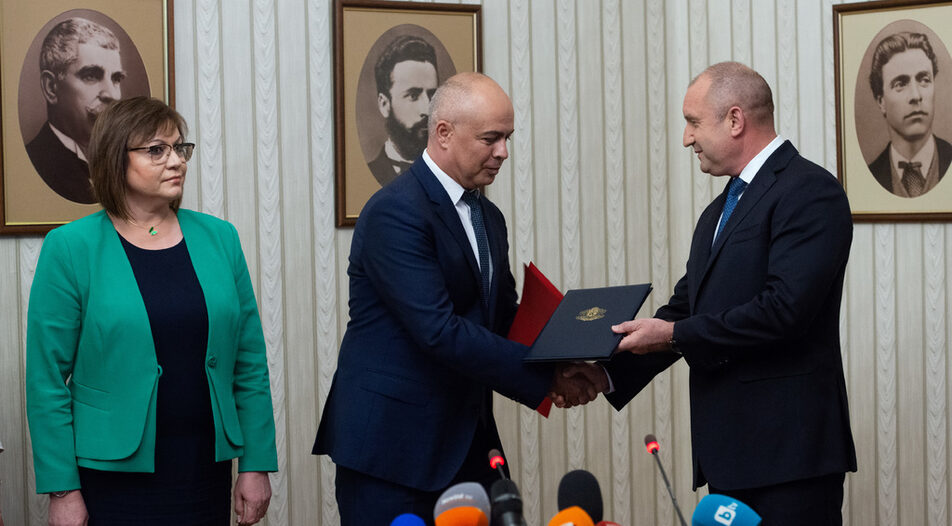 On Wednesday the last hopes for the creation of a new cabinet within the current National Assembly fell flat. The Socialists who were the last party tasked with forming a new government, announced that they will return it to the President unfulfilled on Thursday.

The Bulgarian Socialist Party (BSP) came to this decision after earlier today lawmakers refused to vote on the Socialists' draft resolution for a legislative programme for the July-December 2022 period, which was meant to be a test of whether an ad hoc majority can be put together and potentially back a new prime minister. The proposal to drop the item from the parliament's agenda was made by MRF and GERB and was supported by 119 MPs, including lawmakers from TISP and Vazrazhdane. According to the BSP floor leader Georgi Svilenski, the vote was a test of whether there is an anti-corruption majority in parliament, and MPs failed it. According to Dnevnik.bg, President Rumen Radev is likely to dissolve the 47th National Assembly next week - on Wednesday or Thursday. Thus, the head of state is likely to call early parliamentary elections for 2 October, as he already noted two weeks ago.

The public gas supplier proposed to the Energy and Water Regulatory Commission (KEVR) to increase the natural gas price applicable for August by 54 percent, which would translate into 287 BGN per MWh, excluding fees and taxes. The proposal was from the end of last week, but was posted late on the website of KEVR, which was left without a chairman after a Constitutional Court ruling last week. In this situation, it is not known how and when the regulator will rule on Bulgargaz's application and approve the new gas price for next month. For now, the opinion of lawyers is that the regulatory commission cannot meet, as its meetings are convened and chaired by its chairman, and a new one has not yet been elected. Currently, businesses that use gas do not know how the price for August would be set and who the public supplier would declare it to. The price for the industry is set on the basis of Bulgargaz's proposal.

In the last days before its official closure under a parliamentary decision, the Specialized Prosecutor's Office announced that it had terminated the investigations against two of the persons, sanctioned last summer under the global Magnitsky Act - the MRF MP Delyan Peevski and former deputy chairman of the Bureau for Control of Special Intelligence Means Ilko Zhelyazkov. The reason is lack of evidence of any committed crime, the administrative head of the special prosecutor's office Valentina Madjarova told public radio BNR on Wednesday. She added that the reason prosecutors could not press on with charges was that it has not received any information about illegal activity from the National Revenue Agency. The investigation of another sanctioned individual - lottery mogul Vassil Bozhkov - remains open, Ms Madjarova added.

On Wednesday the last hopes for the creation of a new cabinet within the current National Assembly fell flat. The Socialists who were the last party tasked with forming a new government, announced that they will return it to the President unfulfilled on Thursday.