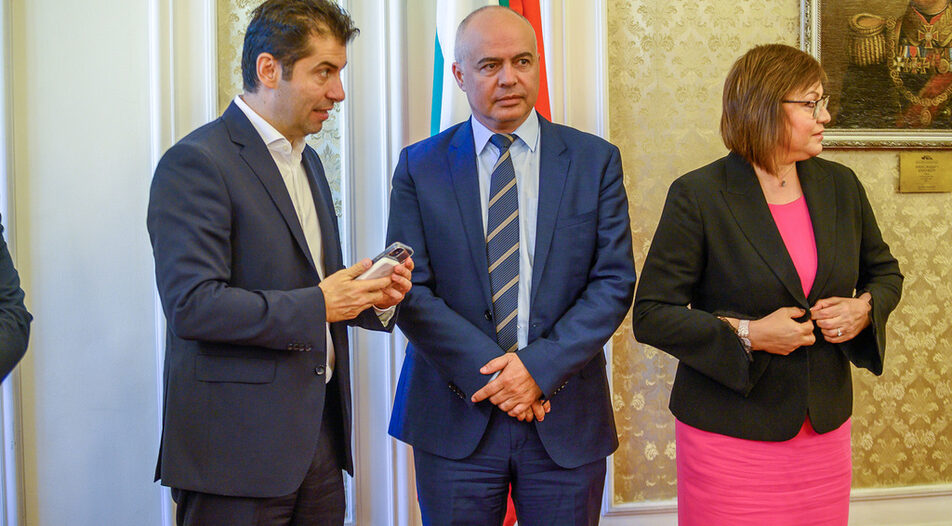 Day in 3 news: BSP to announce next steps with mandate on Friday, Mortgage rates to rise by 10%, Bulgarians among the most mistrustful in state institutions

Day in 3 news: BSP to announce next steps with mandate on Friday, Mortgage rates to rise by 10%, Bulgarians among the most mistrustful in state institutions

xAfter a weekend marked by extremely hot weather conditions, Bulgarian news on Monday revolved mostly around the attempts of the Socialists to form a cabinet - the third and final try by political parties in the existing National Assembly:

BSP will announce how it would use the third mandate on Friday, 29 June

Socialist party leaders met on Monday to discuss how to proceed with the third exploratory mandate to form a government granted to the party by President Rumen Radev. The final decision lies with the party's decision-making National Council, which will convene on Tuesday. After Monday's meeting, the head of the parliamentary group of the party, Georgi Svilenski, said that the leaders have discussed two options for dealing with the third mandate and will propose them to the National Council. "On Friday we will present both options and decide on them," Mr Svilenski said. He refused to specify what the proposed options are, but one might be for Parliament to vote on the governing program drafted by the members of the former ruling coalition. On Friday, TISP leader Slavi Trifonov reiterated his party's position to not back a new cabinet that would include WCC leaders Kiril Petkov and Assen Vassilev.

By the end of 2022, mortgage loans' interest rates will rise by 10%: Unicredit Bulbank board member

Ekaterina Kirilova, Sales Director and Member of the Management Board of UniCredit Bulbank, told Euronews Bulgaria on Monday that she expects interest rates on mortgage loans to increase by about 10 percent by the end of the year, and interest on consumer loans and overdrafts to rise "by a little more." "The expectations of UniCredit Bulbank's macroeconomists are that by the end of 2023 the base rate in the euro area will jump to 1.75. This will inevitably lead to a rise in lending rates, as interest rates on euro-denominated loans will be raised more actively, while interest rates on lev-denominated loans will move up in slightly smaller steps. The average interest rate on newly issued mortgage loans currently is 2.56%, while the average interest rate on consumer loans is around 7%," Ms Kirilova said.

Bulgarians' trust in national, EU institutions among the lowest in Europe: Eurofound survey

Trust in national and European institutions has declined across EU member states over the past two years, but the trend is most pronounced in Poland and Bulgaria, according to the fifth round of the Living, working and COVID-19 e-survey by Eurofound, the EU Agency for the improvement of living and working conditions. "Driven by increasingly difficult economic circumstances and unreliable news sources, even people who previously expressed higher trust levels - such as those in financially secure positions - have become less trusting," the report concludes. According to the report, over 40 percent of Bulgarians have said that they may have difficulties paying their bills in the next three months - the highest percentage in the EU alongside Greece. The same people are more likely to distrust national authorities, Eurofound says.

xAfter a weekend marked by extremely hot weather conditions, Bulgarian news on Monday revolved mostly around the attempts of the Socialists to form a cabinet - the third and final try by political parties in the existing National Assembly: