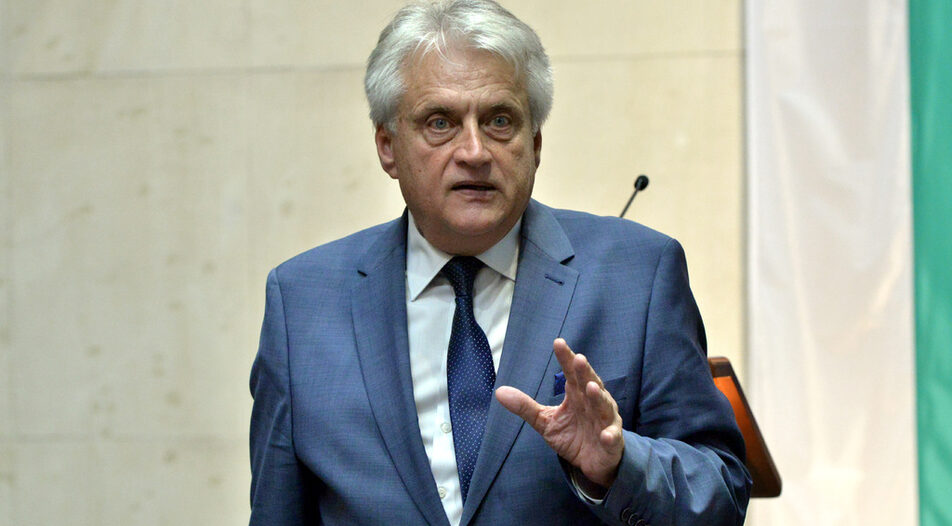 By far, the biggest news from yesterday was the contract signed between Overgas and US energy giant Excelerate Energy. This means that Bulgaria has made another step to energy independence from Russia and increased gas supplies for the whole Balkan region.

The election of resigned Minister of Internal Affairs Boyko Rashkov as head of the anti-corruption commission (KPCONPI) would mean "war" with Boyko Borissov's party, said GERB's parliamentary group leader Desislava Atanasova today in a statement read out to parliament. Rashkov has been one of the most vocal critics of alleged corruption involving GERB and Borissov in Kiril Petkov's cabinet.

Yesterday, WCC indicated that Rashkov's election and the adoption of anti-corruption legislation were preconditions for supporting a future cabinet with the (third) mandate of the BSP. Atanasova, for her part, called on the BSP not to "submit to the racketeering and extortion of the WCC" regarding Rashkov's nomination and to restore dialogue between all political players.

New US offer for fighter jets

Yesterday, the USA offered Bulgaria the chance to buy eight more new F-16 Block 70 fighter jets. Bulgaria now has until the beginning of November to respond.

However, the deadlines for a response unfortunately coincide with likely election dates for a new Parliament - if the BSP fails to implement the third mandate to form a new government. A possible deal with the US for more F-16s needs the approval of parliament, which might not be sitting over the next two months.

Also, future deputies are unlikely to want to start their work in a new parliament by approving a contract with a foreign state that will cost the Bulgarian taxpayers more than BGN 2 billion on the purchase of weapons.

Buglarian natural gas supplier Overgas and US company Excelerate Energy have agreed to cooperate in supplying liquefied natural gas (LNG) to Bulgaria through a new terminal in Vlora, Albania. According to the plan, the Bulgarian company will book an annual capacity of up to 1 billion cubic meters as part of a long-term plan over the next 10 years after the facility is completed.

If a real deal is carried out, this quantity would be equal to a third of Bulgaria's annual needs, which together with the Azeri contract through TAP would ensure almost 70% of consumption.

However, deliveries cannot start soon - the floating terminal in Albania must be built first, which is not expected to happen until the end of 2023.

By far, the biggest news from yesterday was the contract signed between Overgas and US energy giant Excelerate Energy. This means that Bulgaria has made another step to energy independence from Russia and increased gas supplies for the whole Balkan region.