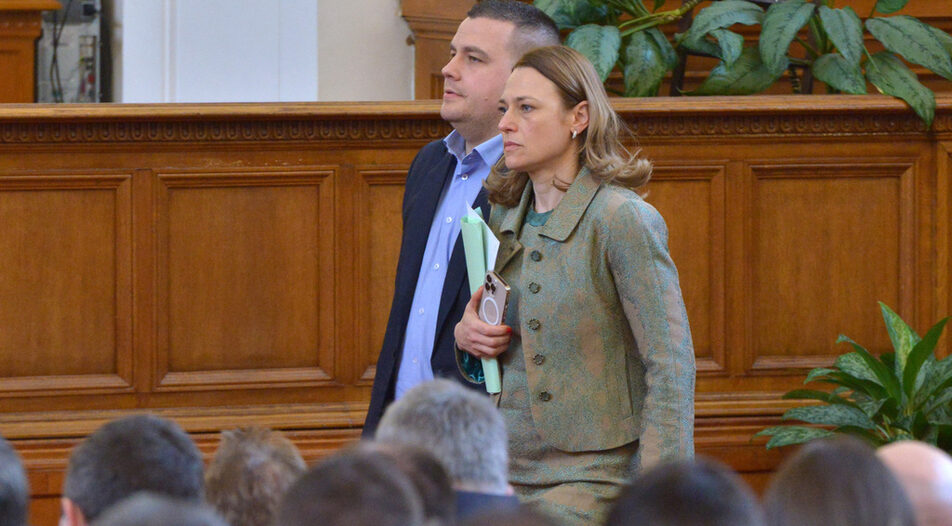 The day in 3 news: TSP accuses PM of trying to bribe its MP’s, New nominee for head of the anti-corruption commission, Row over Macedonia ‘timeline’

The day in 3 news: TSP accuses PM of trying to bribe its MP’s, New nominee for head of the anti-corruption commission, Row over Macedonia ‘timeline’

On the last working day of the week, recriminations continued to flow about the disintegration of the four-party coalition:

Barbs were traded between Prime Minister Kiril Petkov's WCC and Slavi Trifonov's There is Such People (TSP) party over the collapse of the ruling coalition. Toshko Yordanov, MP and one of the leaders of TSP, accused Petkov of attempting to bribe three MPs from his formation. He claimed that they resisted.

Earlier today, TSP's Iva Miteva announced that late last night Petkov had called MP Kiril Simeonov "to persuade him to support the government and the cabinet". Simeonov confirmed the talks, saying he had met Petkov privately.

"He is a man whо does not make any concessions, does not depend on anyone and can crush the backbone of corruption," said Kostadinov.

The Commission for Combating Corruption and Confiscation of Illegally Acquired Property (KPKONPI) has been without a chairman since early March, when former Chief Prosecutor Sotir Tsatsarov resigned. Petkov has claimed that disagreement over who will head the key body is one of the reasons for the coalition unraveling - because TSP did not agree with WCC's nomination of Interior Minister Boyko Rashkov.

Allegations over PM's 'timeline' for Macedonia

"Today, the Prime Minister spouted more lies about North Macedonia," TSP MP Stanislav Balabanov claimed. He waved a letter with some confusing drawings on which Petkov had apparently sketched his vision for a timeline for action regarding northern Macedonia. "The plan" was supposedly mapped personally by Petkov while the two were talking on the train carrying the Bulgarian delegation from Poland to Ukraine in late April.

Balabanov added that Petkov had told him that this was his plan, which he offered to all international diplomats during talks on the issue in the EU. The MP announced that he was ready to submit to a lie detector test over his allegations. He also suggested allowing graphologists to study the document to say whether this was Petkov's handwriting.

For several months now, Balabanov has been accusing Petkov of pursuing a parallel official veto policy against northern Macedonia. This was one of the reasons cited by party leader Slavi Trifonov on Thursday for ending the ruling coalition.

On the last working day of the week, recriminations continued to flow about the disintegration of the four-party coalition: