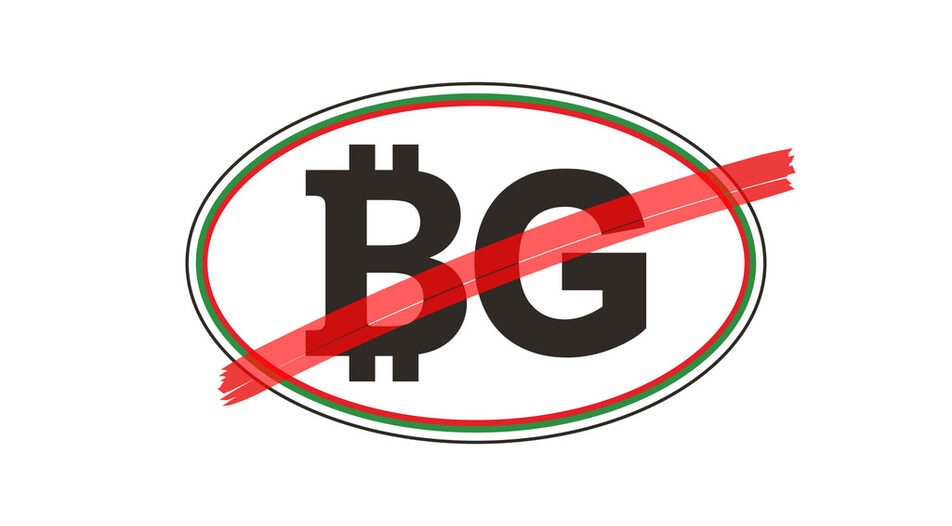 The whole mess comes from the information sent from GDBOP to SELEC. It states that law enforcement had seized wallets with 213,519 bitcoins in them. But the case was actually of wallets, through which 213,519 bitcoins had passed through

Five years after the first information that the Bulgarian state had seized crypto worth billions of dollars, inside sources and other information from the new cabinet reveal that there were never any bitcoins at all

The whole mess comes from the information sent from GDBOP to SELEC. It states that law enforcement had seized wallets with 213,519 bitcoins in them. But the case was actually of wallets, through which 213,519 bitcoins had passed through

Bulgaria is the world's richest country in crypto. In 2017 law enforcement officers confiscated 213,519 bitcoins, which at one point were worth 14.7 billion dollars. This sum is close to one third of the overall value of this year's state budget. Or to give you some idea of the amount involved - this could be used to fund educational programs, to build modern hospitals, to pay off nearly all of Bulgaria's state debt, to buy 70 more F-16 fighter jets or just to give around 1,500 dollars to every Bulgarian citizen, including newborns.

All of this would have been wonderful, if it were true. But it isn't. There are two theories about the bitcoin story, but both of them show that despite the popular myth floating around in the last five years, particularly in foreign media, Bulgaria does not have ant bitcoins. And it never had.

The real story is every bit as absurd as it is revealing.

It is absurd because the whole story most likely comes from wrong information sent from General Directorate Combating Organized Crime (GDBOP) to the Southeast European Law Enforcement Center (SELEC) about an operation of a group that had infected the Bulgarian customs. This information would later be cited by the Bulgarian investigation media "Bivol", and from there - by thousands of media around the world, business reports and even academic papers. There is also a second theory - that there were confiscated computers with bitcoin wallets, but the police and the prosecutor's office never accessed them. In both cases there is no real money.

And it is revealing because ever since 2017 four financial ministers from four different governments have claimed not to be aware that Bulgaria possessed any bitcoins or that they figured in any way in the state budget. But nobody believed them.

The story with the bitcoins began in 2015 when GDBOP and the Specialized Prosecutor's Office started investigating a group of people whom they believed were committing fraud at the border. Two years later, on May 19 2017, six people were apprehended for participating in an organized crime group. Three of them stayed in detention - customs officers Emil Milchev and Yanaki Evtimov, along with the then 20-year-old computer programmer Dimitar Peshev. Apart from them, a farmer, a cafe-owner, and a bank worker who held the money in his wife's safe box were also identified as members of this group.

The operation, called "PRATKA/VIRUS" (SHIPMENT/VIRUS), led to an announcement that for at least two years the group had manipulated data about trucks on the border - for example, by changing the date of entering and leaving the country, or by simply deleting information. All of it was perpetrated by malware, written by Peshev, which was used at seven different customs locations.

According to the prosecutors, the group's clients were involved in drug trafficking and the scheme guaranteed them transit without physical checks. Along with them there were other clients, who used the software for generating fake transits for tax fraud. At first the criminal case didn't contain any crypto in it.

Everything changed on May 29 when SELEC published a message that Bulgarian law enforcement had confiscated "more than 200,000 bitcoins", from the group, a figure later revised to 213,519. At that point the bitcoins were said to be worth around 500 million dollars. The information spread quickly.

GDBOP and the Prosecutor's office denied taking any crypto from the start, although they confirmed that the group had been taking payments in bitcoins. But the genie was already out of the bottle. Thousands of media articles - in the crypto space and beyond - wrote about the confiscated bitcoins, which theoretically made Bulgaria the second largest owner of crypto after the inventor of bitcoin Satoshi Nakamoto. And because bitcoin has a hard cap on the number of coins that can ever exist - 21 million - this made the confiscation seem even more impressive. As of May 2017 there were only 19.3 million mined bitcoins, which meant that Bulgaria had (theoretically) 1.3% of all bitcoins in circulation. Today, that would still amount to more than 1%.

The broken telephone between GDBOP and SELEC

Tentative denials by Bulgarian authorities could never break the beautiful legend and so the story of the mythical bitcoin wealth gathered momentum. Over the last five years hundreds more media outlets and reports have commented on Bulgaria's bitcoins, even hailing the country as the wealthiest crypto nation.

Changes in government have helped to establish the truth. Ivaylo Mirchev, MP from Democratic Bulgaria, started sending official questions to the Ministry of Interior Affairs and the newly-founded Ministry of e-government, but got short shrift from both. There is no information about any crypto being taken. After that he asked SELEC. Minister of Finance Assen Vassilev has also answered questions from Bulgarian and international media about bitcoins, but his answers were the same as these of his predecessor Vladislav Goranov - he doesn't know about any bitcoins and there are no documents pertaining to them.

There are two versions as to why no one knows about them. But both of them say that at the end of the day Bulgaria doesn't have bitcoins and never did.

According to a former high-ranked representative of GDBOP, who spoke to KInsights on condition of anonymity, the reason is simple - there are no bitcoins.

The whole mess, according to the source who has direct knowledge of the case, comes from the information sent from GDBOP to SELEC. It states that law enforcement had seized wallets with 213,519 bitcoins in them. But the case was actually of wallets, through which 213,519 bitcoins had passed through, i.e. this was the overall number of coins there at all stages in the wallet's lifecycle, not the number of coins found at the time of operation. According to the source of KInsights, no cryptocurrencies had been taken during the operation.

There is also a second theory regarding the Ministry of Interior, which cannot be verified: that during the operation the authorities seized computers which actually contained bitcoins. But the password was never encrypted. There are some inconsistencies with this theory - for example, if the wallets cannot be accessed, it is hard (and maybe impossible) to know the number of bitcoins in them at the moment.

In the second theory the bitcoins would go in the "lost" graph of crypto, which is not something unusual - keys for crypto wallets are lost all the time and they essentially go out of circulation. This is a scenario that Satoshi Nakamoto considered in the very early days of bitcoin - he thought that way that the coins will be worth more because of the deflationary effect.

Why the numbers don't add up

Aside from the facts and theories, there are several logical gaps in the story.

At first, GDBOP and SELEC said that the fraud had cost the Bulgarian budget about 10 mln leva - or around 5 mln euro. Even if the bribes were significantly higher than this sum, buying 213 thousand bitcoins at their average price in 2015 would cost 64 million dollars - or more than 100 million leva. If we take the average price between 2014 and 2017, the sum is pretty much the same - around 61 million dollars. And this would have been the price if the group was only buying and never selling.

Apart from that there is an obvious question - why would an organized crime group, which in 2017 already has more than half a billion dollars, if their wallet contains 213 519 bitcoins, continue to perpetrate small-scale scams against Bulgarian customs. At the time GDBOP conducted its operation, the group was still operating and although officers seized some items, including real money, nothing suggested that those detained were multimillionaires.

This makes the first version, of the total sum of bitcoins passing through wallets, more credible.

The second logical gap is that, according to the law, GDBOP cannot confiscate items seized without first going through the court. In this case there is no information about how far, if at all, the investigation or prosecution progressed - the Specialized Prosecutor's Office would not provide any information to KInsights, and it was subsequently abolished in any case. However, no indictment was announced at any time over the past five years.

There is also no information on the main players in the group. Emil Milchev still has a firm, EOM Consult, of which he is the sole owner. EOM Consult publishes financial reports, but only to declare that it is no longer operating. The last one dates from 2019 and it is personally signed by Milchev. There is also no information about the hacker, Dimitar Peshev. His famous historical namesake, the World War Two-era Bulgarian politician, means that searching for information about him is even harder.

Over the last five years there have been a number of conspiracies about the Bulgarian bitcoins - and if corrupt politicians had taken the money, of course, they would not have admitted it, right? But there are signs that we are waking up to the reality that the state has no crypto. Kraken, one of the world's biggest crypto exchanges, recently published a report that stated Bulgaria is the world's wealthiest crypto country. Later the report was uploaded again, this time without a mention of Bulgaria.

The slow death of any hopes for developments on the story has come about against the background of three different cabinets and two financial ministers over the course of the last year alone, none of which disclosed anything about the case. This death, however, will be slow, simply because the case is way too curious to die fast. The legend is always more interesting than reality.

Bulgaria is the world's richest country in crypto. In 2017 law enforcement officers confiscated 213,519 bitcoins, which at one point were worth 14.7 billion dollars. This sum is close to one third of the overall value of this year's state budget. Or to give you some idea of the amount involved - this could be used to fund educational programs, to build modern hospitals, to pay off nearly all of Bulgaria's state debt, to buy 70 more F-16 fighter jets or just to give around 1,500 dollars to every Bulgarian citizen, including newborns.

All of this would have been wonderful, if it were true. But it isn't. There are two theories about the bitcoin story, but both of them show that despite the popular myth floating around in the last five years, particularly in foreign media, Bulgaria does not have ant bitcoins. And it never had.