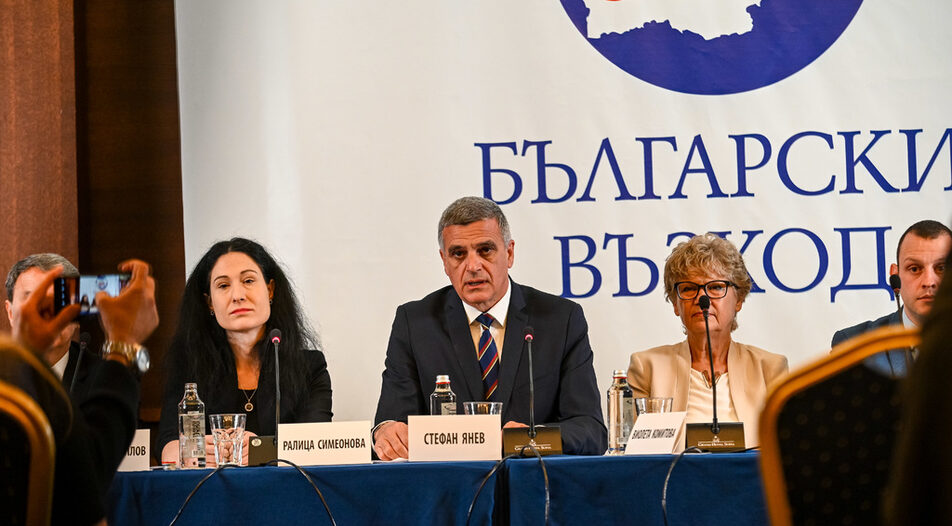 Pro-Russian parties exploit the fears of the disillusioned

Pro-Russian parties exploit the fears of the disillusioned

The war in Ukraine and the general public's perceived disillusionment with the pace of "change" promised by the We Continue the Change (WCC)-led coalition have triggered a sudden frenzy of political engineering from various political players, attempting to capitalize on their public capital and discontent.

While sociologists unanimously claim that trust in the ruling coalition, the cabinet and Parliament is at all-time low, only one party seems to be benefitting - the openly pro-Russian Vazrazhdane. This has inspired others to follow the main narrative employed by the anti-systemic party by claiming they are anti-war, neutral and against sending weapons to Ukraine.

The new parties in town

In just 10 days, three new formations were formed. Two of them define themselves as "left" and one as "national-conservative". Regardless of their self-designation, however, they mix leftist and right-wing demands, which actually puts them in the political center, precisely because they address issues across the spectrum. For now, the only radical difference between the future formations and the WCC (which famously vowed to pursue "left-wing goals with rightist instruments," according to its co-chair Assen Vassilev) is the nature of their geopolitical pledges.

On 5 May, former caretaker prime minister (and defense minister during the first three months of the Petkov cabinet) Stefan Yanev founded his already announced party, Balgarski Vazhod (Bulgarian Rise). The primary ideal of the party was described in one word - "sovereignty".

Just before that, former socialist spearhead and later ombudswoman Maya Manolova announced the transformation of her already existing Stand up, Bulgaria movement into a party. She pledged to oppose the government because it "makes deals with weapons under cover of darkness," i.e. with arms deliveries to Ukraine. She added that the "social vector" of government policy has also been missing.

Shortly before that, former cadres (most of them proposed ministers in the TISP cabinets that were never formed last year) of Slavi Trifonov's party TISP created their own party - Razvitie (standing for Development). Its leadership also declared it would stand for "neutrality" in the Ukraine war.

It is obvious even to the naked eye that all the newly announced projects all have one thing in common - they make Bulgaria's relations with Russia the centerpiece of policy.

Thus, at the founding of her party, Maya Manolova, who until recently claimed she gave the Petkov cabinet a "credit of confidence," stated that "the promise of change has become a charade of change". She cited the "deals for weapons that reach Ukraine conducted in the dark" and the substitution of gas from Gazprom with one bought via intermediaries - another topic closely linked to Moscow's interests in Bulgaria.

In addition to Stand Up, Bulgaria, another new party - Razvitie also positioned itself in the "neutral" part of the spectrum. Its chairwoman Desislava Dimitrova, who was nominated by Slavi Trifonov as economy minister in the unsuccessful attempt of TISP to form a government last summer, said at the party's foundational press conference that "we are against the war. Providing military equipment to Ukraine will only prolong the agony".

Stefan Yanev's party, Bulgarian Rise, also homed in on Bulgaria's attitude vis-a-vis Russia. Perhaps this was not unexpected as Mr Yanev lost his job as Defence Minister precisely because of his stance on Russia's invasion of Ukraine. Mr Yanev had made a series of statements on the conflict that diverged sharply from the official view of the government. From the outset Mr Yanev had referred to Putin's war as a "special operation", effectively parroting Kremlin propaganda. In the weeks since he announced the foundation of his new party, Mr Yanev has constantly taken aim at the cabinet over the war in Ukraine. In particular, he has repeatedly argued for "sovereignty", implying that the current government is swayed by external forces.

Apart from their shared commitment towards "neutrality" and "Bulgarian foreign policy that is forged in Bulgaria" - both of which are popular pro-Russian propaganda refrains - the three parties also share concerns over similar domestic issues - poverty, demographic decline, energy sector concerns and pensions. Although Ms Manolova and Ms Dimitrova's factions propose left-wing solutions to those problems, while Mr Yanev's party promises to offer a "conservative" approach, it is doubtful how significant these differences would be.

What matters the most is their relationships with each other, as well as their attitude towards the other, established pro-Russian factions like BSP, and especially Vazrazhdane.

A complicated fight for voters

Despite the fact that, superficially, all parties are against weapons' donations to Ukraine and "for" neutrality, their motivations differ. For this reason they should not necessarily be seen as future allies. On the contrary - currently, they appear to be vying for votes.

Ms Manolova, for one, probably opposes aid to Ukraine not out of genuine sympathy for the Kremlin but rather because she's courting BSP voters who are disillusioned by their party's leader Kornelia Ninova and its mixed approach to the conflict (officially opposing weapons aid, while practically acquiescing to weapons' exports through third countries). Besides, the Stand Up, Bulgaria leader probably hopes to gain the blessing of President Rumen Radev, who has shown growing animosity towards the Socialist leader. Razvitie likely has a similar goal in mind - BSP lost 250,00 votes in the last election which now seem to be "up for grabs".

On the other hand, Mr Yanev's Bulgarian Rise project seems to distance itself from President Radev, who gave the ex-general a kickstart in his political career. Thus, on the one hand, by criticizing the foreign policy of the cabinet, and on the other, by declaring himself a right-wing conservative, Mr Yanev is seeking to appeal to a wider range of voters. First of all, to socialists who, although left-wing, have fallen into the trap of the typically conservative "anti-gender politics" popularized by Kornelia Ninova in BSP circles recently. Another target of Bulgarian Rise is obviously the classic nationalist right-wing voter - so putting the party in direct competition with Kostadin Kostadinov's Vazrazhdane - which he himself acknowledged in a recent media appearance, calling Mr Yanev "the next American project" in Bulgarian politics, referring to WCC as the previous such project.

All in all, all three new parties join the fight - alongside Vazrazhdane - for the vote of the average Bulgarian, disillusioned by the promises of change delivered by the liberal centrists from WCC and Democratic Bulgaria. In the event of an early election, they would likely gain some advantage based on this positioning against them. But the biggest loser would most probably be BSP, which is likely going to lose from the (generally) pro-Ukrainian approach of the cabinet of which it is a member.

The big question, in the long term, however, is whether the new parties - if they gain traction in the first place - might find a way to collaborate between each other - and with Vazrazhdane. The party of Kostadin Kostadinov has capitalized massively on the pro-Russian attitudes brewing in Bulgaria since the start of the war and might become a very influential factor if there is an early election. This anti-systemic party could become yet more dangerous if it gains support from a wider coalition that questions Bulgaria's commitments towards NATO and the EU.

The war in Ukraine and the general public's perceived disillusionment with the pace of "change" promised by the We Continue the Change (WCC)-led coalition have triggered a sudden frenzy of political engineering from various political players, attempting to capitalize on their public capital and discontent.

While sociologists unanimously claim that trust in the ruling coalition, the cabinet and Parliament is at all-time low, only one party seems to be benefitting - the openly pro-Russian Vazrazhdane. This has inspired others to follow the main narrative employed by the anti-systemic party by claiming they are anti-war, neutral and against sending weapons to Ukraine.