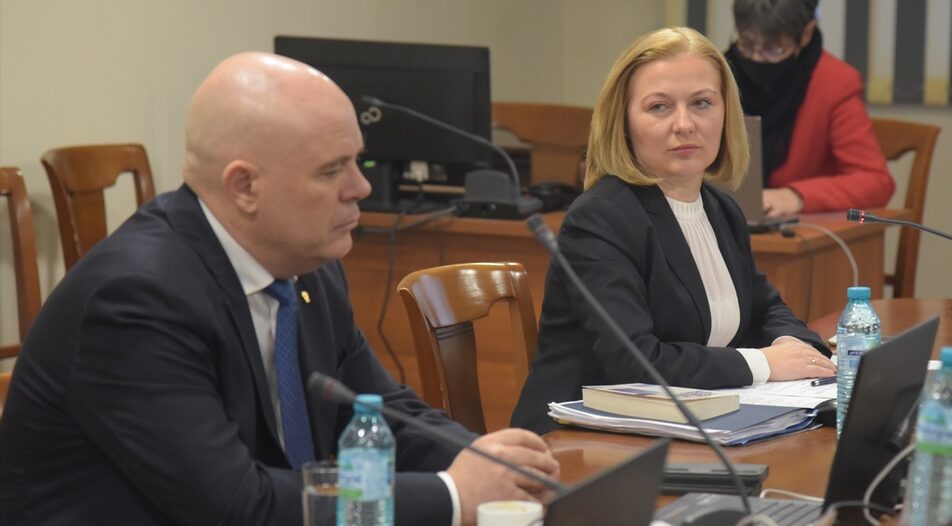 What next for Justice reform?

What next for Justice reform?

The besieged cabinet has entered an inter-institutional war with the Prosecution, which has the backing of SJC and the parliamentary opposition

It consisted of several core elements - some were short-term, and others - long term. The short-term ones included disbanding the specialized magistrature (both prosecution and court), dividing the anti-corruption agency CIAF into two - one section dealing with forfeiture of illegally accumulated assets and another devoted to anti-corruption investigations - as well as the transformation of the Supreme Judicial Council (SJC).

The most important and glaring long-term issue was the "reform of the State Prosecution so that it becomes democratically accountable". This pledge came with an unwritten caveat - that it has to be accompanied by the personal dismissal of Ivan Geshev, the current Prosecutor General. Geshev has been widely censored for his long standing track record of burying high-level corruption cases and using his authority to launch political attacks against opponents of him and his political patrons.

So where is this reform process going, four months on? Unfortunately, it appears more and more like the proverbial Gordian knot that is impossible to untie.

No good place to start from

First, the short-term reforms are either moving much more slowly than anticipated or are just cosmetic, mostly involving personnel changes that do not affect the ineffective superstructure of the magistrature.

For example, the much-lauded dismissal of the head of CIAF, former Prosecutor General Sotir Tsatsarov, has been the only promise wholly fulfilled during the coalition's three months in office.

Yet, his ousting was not accompanied by promised reform of CIAF, which has mostly been used to freeze assets of various business people, legitimately and illegitimately accused of some sort of misconduct over the years. Cabinet speaker and jurist Lena Borislavova has been personally tasked with coordinating the reform bill, but is already almost a month overdue even with its submission. Adding insult to injury, Mr Tsatsarov, far from being reprimanded for the ineffectiveness of his institution, has now been appointed as head of the Normative analysis bureau of the Supreme Prosecution of Cassation.

Another promise - the closure of the specialized prosecution and courts - has so far only reached first reading in Parliament. But it is still unclear how the current ruling majority is planning to substitute the anti-corruption functions of this branch of the judiciary.

As for the transformation of the SJC - it has so far proved insurmountable for the coalition. And, unfortunately, this means that the most substantial part of the judicial reform, namely - fixing the highest judicial organ that appoints and dismisses senior magistrates, including notorious Prosecutor General Ivan Geshev - is going nowhere. The implications of this are already visible.

SJC to the rescue of Geshev

On Monday the SJC once again broached dismissing Mr Geshev over nine pretexts described by Justice Minister Nadezhda Yordanova (Democratic Bulgaria) in the first weeks of office. Mr Yordanova's accusations, however, appear likely to fall on the deaf ears of the majority of the 24-member council, which is politically appointed by the status-quo parties and has already shown its attitude to Mr Geshev, when it voted him in power not once, but twice (after President Rumen Radev's veto) in 2019 by an overwhelming majority.

Since then, most SJC members have done everything in their power to protect Mr Geshev. They directly dismissed caretaker Justice Minister Yanaki Stoilov's bid to oust him in 2021; they cast doubt on whether the Justice Minister even has the legal right to seek the resignation of the Prosecutor General. After the question reached the Constitutional Court later last year, and the constitutionalists said that the Justice Minister indeed has that right, the SJC members have used various procedural maneuvers to postpone hearing Ms Yordanova's case for months.

The hearing on Monday sent mixed messages. On the one hand, SJC finally agreed to discuss whether some of the nine pretexts listed by Ms Yordanova are sufficient to get Mr Geshev fired. Included in his rap sheet are his overtly political comments, his shirking a probe into the poisoning of arms dealer Emilian Gebrev, and the police beating of a young man during 2020 protests, as well as the lack of substantive investigations into the "Eight Dwarves'' network of prosecutors that have allegedly extorted private businesses. On the other hand, attempts by many SJC members to downplay these pretexts give little hope that they will deem them significant enough to oust him on Monday next week when the next session of the council is due.

While Mr Geshev has repeatedly pleaded, including during his opening speech before the SJC on Monday, that he is scapegoated for all the problems of the Prosecution, it is widely accepted that his institution is simply unwilling - or unable - to do its work. His complaints that Ms Yordanova's motives are politicized and seek to "personally eliminate the Prosecutor General and capture the State Prosecution in order to subjugate it under political and economic interests" ring increasingly hollow, as several high-profile cases demonstrate.

The most conspicuous is the operation against GERB leader Boyko Borissov. Despite being far from unproblematic, as KInsights already wrote two weeks ago, it undoubtedly succeeded in illustrating how Mr Geshev's Prosecution would do anything (or rather - not do anything) to ensure that no effective investigation of his political masters would ever get off the ground. On the other hand, it's no surprise that GERB (and MRF), which ensured Mr Geshev's appointment, would try to block any substantial reform that might lead to his replacement by a new, more dedicated Prosecutor General.

In the aftermath of Mr Borissov's arrest, members of the Prosecution made two contradictory claims - that they are not an investigative organ, so implying that the real reason for their failure to prosecute the alleged extortion by the former Prime Minister and his team is that the police had not gathered good evidence. At the same time, Prosecutors practically repeated the interrogations of the police from 17-18 March just a few days later and so far have not pressed formal charges against Mr Borissov and his acolytes, despite the police and several other witnesses claiming that they have evidence to charge.

This is far from the only high-profile case that the State Prosecution has dismissed. On Monday, Internal Minister Boyko Rashkov published a list of 116 police files "of high public interest" that prove how the Prosecution is simply ignoring clear evidence of wrongdoings furnished by police inspectors, including cases going back to 2013. Instead of giving a substantiated answer to any of these cases, the Prosecution responded that "there is no legal provision that demands prosecutors to inform the Internal Ministry of any ongoing proceedings". In plain language that would mean that nobody can make the prosecutors account for their serial inaction.

Mr Geshev's potential dismissal itself won't solve these deeply entrenched systemic issues of the centralized and intransparent State Prosecution. But his continued tenure will certainly not restore accountability to the most ineffective branch of the Bulgarian judiciary. The question is if this increasingly unpopular, disunited coalition, which is facing ever more daunting domestic and international challenges, will ever gain the political will - and expertise - to cut through this Gordian knot.

It consisted of several core elements - some were short-term, and others - long term. The short-term ones included disbanding the specialized magistrature (both prosecution and court), dividing the anti-corruption agency CIAF into two - one section dealing with forfeiture of illegally accumulated assets and another devoted to anti-corruption investigations - as well as the transformation of the Supreme Judicial Council (SJC).