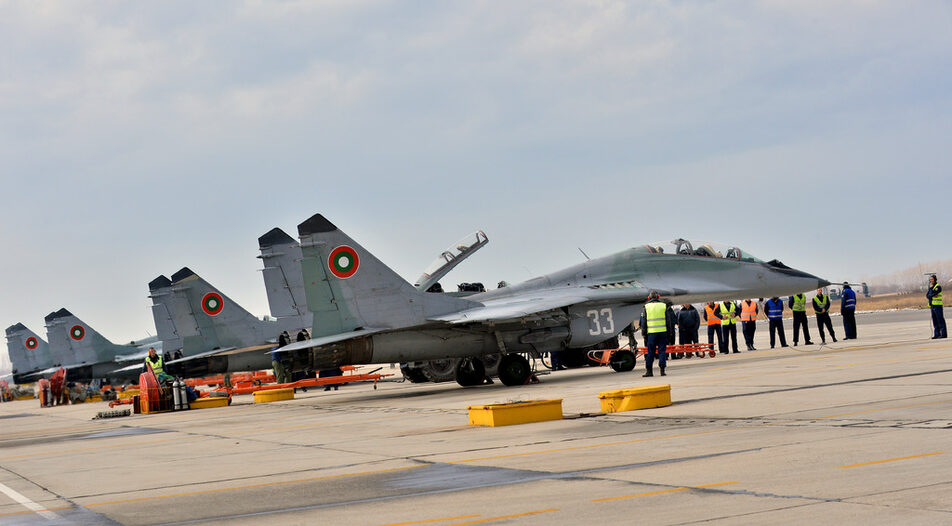 MiG-29 fighters. There are only a handful of operational ones remaining in Bulgaria

MiG-29 fighters. There are only a handful of operational ones remaining in Bulgaria

On Monday the ongoing war in Ukraine continues to dominate Bulgarian public discourse. Read more about it in our piece from earlier today. And, as a follow-up:

Kiril Petkov will propose former caretaker Defense Minister (2013) Prof Todor Tagarev to take over from Stefan Yanev as Minister of Defense, Dnevnik.bg wrote on Monday. Prof Tagarev led the coalition negotiations in the defense sphere on behalf of the We Continue the Change party after the November elections. He is seen as extremely pro-Euroatlantic and has been at loggerheads with Mr Yanev for years, as the latter dismissed Prof Tagarev from his position as head of the Defense Institute of Bulgaria in 2016. Mr Yanev's resignation will be voted on tomorrow in Parliament.

Different international and domestic sources have claimed that Bulgaria has promised to send all - or part of - its aging Soviet-era fighter jet and tactical bomber fleet to Poland, where it could be manned and used by the Ukrainian Air Force. In the EU, only Bulgaria, alongside Poland and Slovakia, still operates the types of aircraft that can be immediately taken into combat by Ukrainian pilots. This plan, however, would likely involve Bulgaria having to rely fully, or to a significant extent, on allied NATO aircraft for the protection of its airspace. This might explain why outgoing Defense Minister Stefan Yanev opposed the decision.

"Based on studies and analyses of the unemployment rate and labor market trends and taking into account the level of education and qualifications [of Ukrainian refugees], we believe that the labor market could employ about 200,000 Ukrainian citizens," Bulgarian employers' organizations wrote in an open letter to the state authorities. The letter was signed by the association that unites the Chamber of Commerce, the Chamber of Commerce and Industry, the Association of Industrial Capital and the Confederation of Employers. Many Bulgarian businesses from various sectors have long complained about a shortage of skilled workers.

On Monday the ongoing war in Ukraine continues to dominate Bulgarian public discourse. Read more about it in our piece from earlier today. And, as a follow-up: