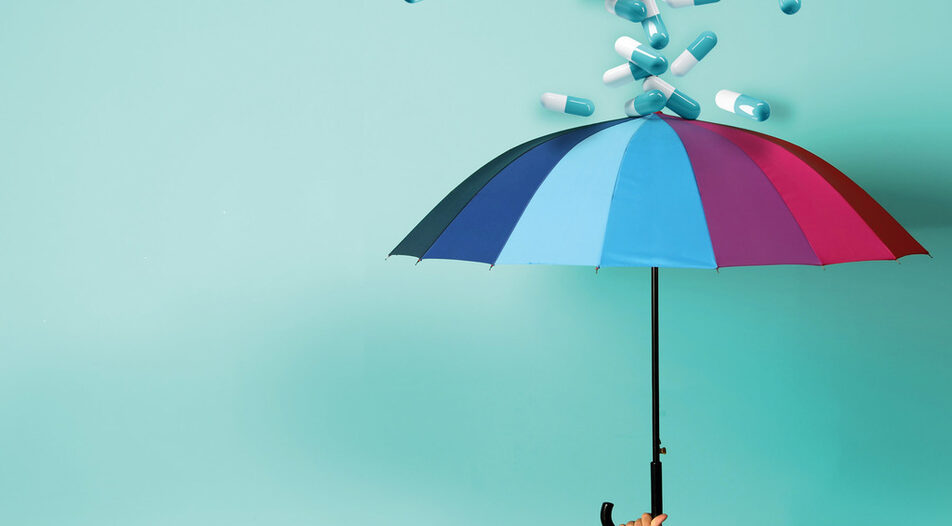 The dangerous attack of antibiotics in Bulgaria

Antibiotic resistance is on the rise in Bulgaria

The dangerous attack of antibiotics in Bulgaria

Antibiotic resistance is on the rise in Bulgaria

According to global statistics, only 7 percent of Covid-19 patients required antibiotic treatment because they developed a bacterial infection. In Bulgaria, however, 75 percent of those infected have taken at least one antibiotic, according to Dr Ivan Ivanov, head of the National Reference Laboratory for Control and Monitoring of Antibiotic Resistance at the National Centre for Infectious and Parasitic Diseases (NCIPD). This is just the latest example of an extremely dangerous trend that leads to the deteriorating health, or even death, of thousands of Bulgarians every year.

Excessive use of antibiotics creates bacteria resistant to them, which over time cause severe and sometimes fatal infections. The huge increase in the prescription of antibiotic drugs over the last two years has been caused by a combination of panic, mismanagement in the health system, poor supervision of the work of private pharmacies and irresponsibility on the part of doctors themselves.

This issue is even more prevalent now, at the start of the Omicron wave, as a record number of people are likely to contract Covid-19 in the coming weeks, either at home or in hospitals. Their doctors will likely prescribe them huge amounts of antibiotics without any real need for them.

The correct way to prescribe antibiotics in 90 percent of cases is to have an antibiogram to determine the appropriate medication for the specific bacterial infection, if there is one at all. In 2020, the National Health Insurance Fund (NHIF) paid for only 106,000 antibiograms, while pharmacies sold 12 million packs of antibiotics. The trend did not change in 2021 - by the end of November, NHIF had paid for 103,974 antibiograms. In other words, millions of Bulgarians are not only taking antibiotics needlessly, but also lighting the fuse of a bacterial bomb that will explode in coming months and years.

A favorite country for antibiotic producers

Bulgaria must have a special place in the hearts of pharma companies. It is one of the few countries where consumption of antibiotics has grown by an average 2.4 percent since 2011. According to the health information technology company IQVIA, consumption of this type of drugs is 3.8 times higher per capita than in Germany and 2.3 -2.5 times higher than in countries such as Slovenia, Slovakia and Hungary.

And as if that wasn't enough, the spikes due to Covid-19 are impressive. According to IQVIA, in the 12 months prior to October 2021, sales of antibiotics in Bulgaria reached 184 million BGN, an increase of 43 percent. 80 percent of these sales were made through pharmacies, where growth reached 36 percent on an annual basis. In hospitals, the administration of antibiotics increased by 77 percent in value.

This increase of usage has ominous effects. A well-known neurosurgeon told Capital weekly that he recently left the hospital where he worked before the pandemic for one very good reason: "I was removing a brain tumor, when my patient became infected and died. Not from the tumor, not from the operation, but from an intra-hospital infection with an antibiotic-resistant bacterium. What is the point of my job then?"

Since last year, another hospital-acquired infection - Covid-19 - has been added to the list of stubborn, unkillable bacteria that haunts the walls of most operating rooms in Bulgaria. Patients with strokes or severe trauma often die not from the underlying illness, but from a viral infection, trapped as they are in hospital corridors and wards that exacerbate their already severe condition. According to the surveillance system for hospital-acquired infections of the Bulgarian Association of Microbiologists of the NCPID, which is incomplete and is not recognized as reliable by the European Center for Disease Control, 3 percent of patients treated in hospital in Bulgaria contract a hospital-acquired infection, mostly from bacteria that are resistant to most known antibiotics. This amounts to about 69,000 people a year, and according to the study, 2000 of them subsequently die.

At the same time, Covid-19 treatment protocols in Bulgaria led to the spiraling increase in the use of two groups of antibiotics last year - azithromycin and the latest generation of fluoroquinolones - levofloxacin, with 68 percent and 100 percent, respectively.

Combined with the rampant nosocomial infections, the excessive use of antibiotics by Bulgarians is practically rendering alternatives for the treatment of life-threatening conditions with whole groups of antibiotics useless. The overprescription of drugs and their untimely and incorrect use in turn leads to the development of antibiotic resistance.

According to data from the European Center for Disease Control (ECDC), Bulgaria ranks in the top 5 EU countries for the highest use of antibiotics per capita and is the only one that has seen an annual increase in the use of these drugs. While other EU countries are restricting the use of antibiotics in every possible way, in Bulgaria the adoption of such a programme has been delayed for more than a decade and still does not exist. Add to that the fact that, in the past 20 years, there have been no new antibiotic drugs discovered, which means that the tools for fighting multidrug-resistant bacteria are progressively dwindling.

In Bulgaria, even acknowledging the existence of nosocomial infections, let alone discussing how to eliminate them, are taboo topics. In other countries, tackling hospital-acquired infections is part of hospitals' ratings. Razing old hospitals to the ground and rebuilding them to remove antibiotic-resistant bacteria is considered a legitimate practice in many places. Not so in Bulgaria.

The latest data on the presence of multidrug-resistant strains on the Bulgarian Association of Microbiologists' Bulstar system website is from 2018. They do not indicate specific healthcare facilities where the superbugs were found, but it is clear from patients' blood tests that there are many such strains. This particular type of bacteria is not found out of hospitals, and for it to get into a patient's bloodstream means that the person has already developed a very severe infection (sepsis).

At the same time, according to studies by the NCPID, every second patient admitted to hospital in Bulgaria receives an antibiotic as part of their treatment. In practice, this means that at least 1 million people a year receive antibiotics in hospitals. According to statistics, between 50 and 80 percent of antibiotics are also needlessly prescribed in out-of-hospital care.

Instead of doing a complete review of infections and antibiotic consumption and finally approving a national program for their rational use, the health authorities went in the opposite direction last year. They relaxed the rules for the prescription of three groups of antibiotics and allowed NHIF to pay for them as a way of prevention and treatment of viral diseases like Covid.

Add to that the zero interest of the authorities in how antibiotics are used in husbandry, which passes the drugs to humans through their food. The effect of all this is that Bulgarians are more and more likely to die from banal and preventable infections because they had already used an antibiotic incorrectly and the organism does not respond to it when they really need it.

Self-treatment and insurance that harm

Most patients prefer not to go through all the steps for getting a prescription medicine and often buy an antibiotic directly from the pharmacy because they have used it, heard that it works on a relative, neighbor or friend, or read on the Internet that it is just right for their illness. Antibiotic prescribing in outpatient care is a luxury, antibiotics are generally prescribed on sight and often at the patient's explicit insistence with the "just in case" justification. Patients go as far as to change their GPs if they are not prescribed an antibiotic immediately.

After the lockdown in 2020, all antivirals and many antibiotics disappeared from pharmacies, and were used to treat Covid-19 without patients following any protocol. This happened despite Covid-19 being a viral infection and unaffected by antibiotics except in the extremely late phase where the lungs are affected and a bacterial infection develops, which is very rare, and rarer still in vaccinated patients. The state solved the issue in the special way it fixes many issues - it did not provide any incentives for immunization and never carried out a vaccination campaign, but started paying for antibiotic treatment.

What can be done?

The rational use of antibiotics and antimicrobial resistance in the EU has been talked about for more than 20 years.

However, there is no program or national plan for decreasing their use in Bulgaria, and the EU concept of OneHealth - equal focus on antibiotic use and antimicrobial resistance and an institution to monitor this in both human and veterinary medicine - does not exist.

There has been no mention of a link between the high mortality from Covid-19 and inappropriate antibiotic treatment, nor has there been any acute action against the uncontrolled prescription of antibiotics without antibiograms.

Uncontrolled antibiotic use in veterinary medicine is similar to that in human medicine. "They are pouring out antibiotics like water," says a farmer who believes that controls on antibiotic prescription for husbandry should be as strict as for humans, especially given the danger of multi-drug resistant bacteria developing or diseased antibiotic-treated animals entering the food chain.

The first step, around which doctors and microbiologists are uniting, is to adopt a program on the rational use of antibiotics and on antimicrobial resistance. The idea is to tighten up controls over the prescription of antibiotics, especially without antibiograms, and to start strict checks on the purchase of antibiotics from pharmacies without a prescription from a doctor.

The second important step is for the state to extend on-the-ground control of hospital-acquired infections. Instead of covering them up, hospitals need to eliminate them. This would, of course, require a plan to renovate entire hospitals and wards, but it would save thousands of lives.

The third and particularly timely action that the state should take with regards to Covid-19 is to rewrite treatment protocols and consider whether it should pay for antibiotic treatment, especially when it comes to out-of-hospital care. The other important point is for the health authorities, together with hospitals, to consider how to prevent seriously ill patients from becoming infected with Covid-19 while they are treated in hospitals.

These measures have a cost measured in effort, time and money. However, the cost of inaction is much greater.

According to global statistics, only 7 percent of Covid-19 patients required antibiotic treatment because they developed a bacterial infection. In Bulgaria, however, 75 percent of those infected have taken at least one antibiotic, according to Dr Ivan Ivanov, head of the National Reference Laboratory for Control and Monitoring of Antibiotic Resistance at the National Centre for Infectious and Parasitic Diseases (NCIPD). This is just the latest example of an extremely dangerous trend that leads to the deteriorating health, or even death, of thousands of Bulgarians every year.

Excessive use of antibiotics creates bacteria resistant to them, which over time cause severe and sometimes fatal infections. The huge increase in the prescription of antibiotic drugs over the last two years has been caused by a combination of panic, mismanagement in the health system, poor supervision of the work of private pharmacies and irresponsibility on the part of doctors themselves.