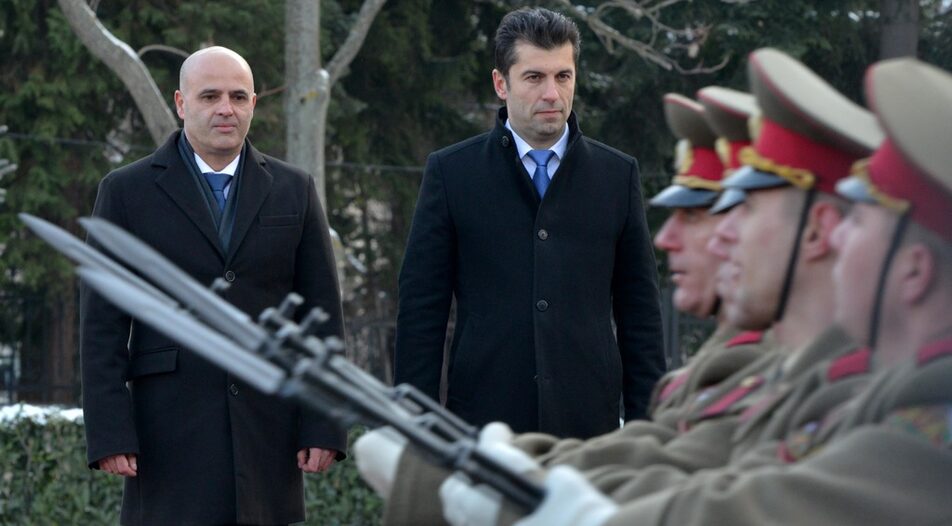 Good afternoon on Monday! This Saturday Bulgarian President Rumen Radev and his deputy Iliyana Yotova had their official inauguration ceremony marking the formal start of their second mandate. But that was not the only interesting event that took place over the weekend.

Kornelia Ninova keeps the reins of BSP despite election rout

Also on Saturday the Bulgarian Socialist Party (BSP) voted down the resignation filed by its leader Kornelia Ninova, under whose leadership the Socialists fell to fourth place for the first time. Ms Ninova, currently Economy and Industry Minister in the Kiril Petkov cabinet, filed her resignation the day after the 17 November election in which the party got only 268,000 votes. She kept her place due to her tight grip over the party and for securing BSP's participation in the current ruling coalition.

On Monday members of the newly elected government of N. Macedonian Prime Minister Dimitar Kovachevski arrived for a two-day visit in Bulgaria. During their stay, the N. Macedonian ministers will meet their Bulgarian counterparts in four newly launched groups for bilateral cooperation in the fields of economy, trade and innovation, transport and infrastructure, European cooperation and rule of law, as well as education and culture. Additionally, Mr Kovachevski will meet President Rumen Radev on Tuesday. The visit comes just a week after Bulgarian Prime Minister Kiril Petkov traveled to Skopje for the first time.

As US President Joe Biden announced that the US may deploy up to 50,000 troops in the three Baltic states and NATO members, Lithuania, Latvia and Estonia, the Bulgarian Council of Ministers said that on Tuesday Prime Minister Petkov is convening the National Security Council over increasing tensions in Ukraine. Members of the Council will discuss the situation in the region and the Alliance's plans to bolster the Eastern flank of NATO.

Good afternoon on Monday! This Saturday Bulgarian President Rumen Radev and his deputy Iliyana Yotova had their official inauguration ceremony marking the formal start of their second mandate. But that was not the only interesting event that took place over the weekend.