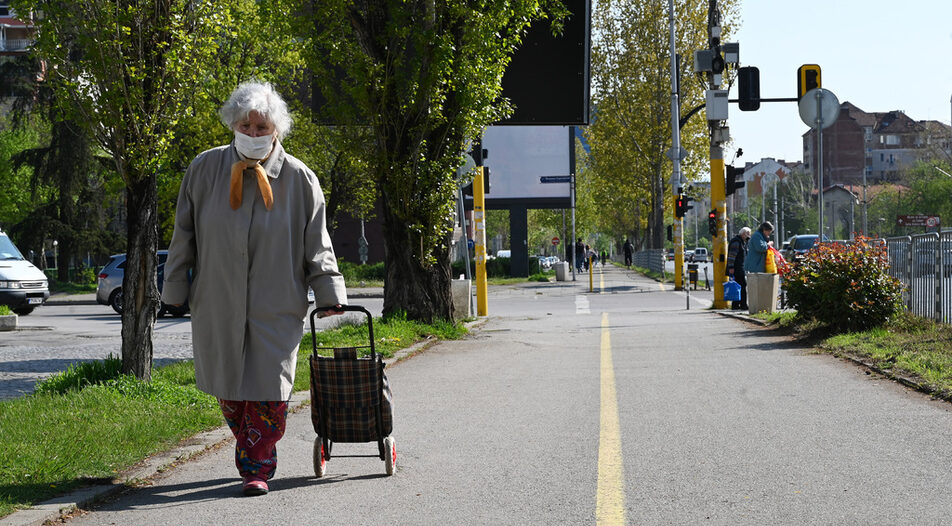 Fewer working people, decimation of the North, migration as important as death - those are some of the basic lessons from the preliminary results of the demographic study published last week

The population of Bulgaria is dwindling, and it's going down fast - this is no news and the preliminary data presented by the National Statistics Institute (NSI) last Thursday only confirms it. Last week, Kapital Insights summarized the basic results shown by the statisticians in our weekly newsletter, but now we want to look beyond the headlines and delve into several trends worth noting. And pose some questions that would only be answered at the end of the year when NSI publishes the final results of the long-awaited census.

Before we start, for those who missed our summary, here are the basics: the population of Bulgaria has collapsed by 844,000 people in the decade between 2011 and 2021, which amounts to 11.5 percent decline. This is the lowest number Bulgaria has had since the interwar years and almost 2.5 million lower than at its peak as recorded in the 1985 census.

What is more, the decline has accelerated - the contraction is nearly twice as bad as in the periods between the previous four censuses (see graph 2). In addition to this, the shrinking population is also getting older, with almost a quarter of Bulgarians (24 percent) declaring they are over 65.

With these fundamental elements out of the way, let's focus on some overlooked details:

When talking about depopulation, focus is often placed on the aging and death of the "Baby Boom" generation of the post-war years. The rate of natural increase (or decrease, in the case of Bulgaria), however, only accounts for 53 percent of the drop in population in the country over the past decade.

According to NSI, the other 47 percent, or just under 400,000 people, have left the country and become migrants in the last decade. Bearing in mind that the last trustworthy estimate of immigration was made in 2017 by the Open Society Institute, which showed that 1.1 million people had left between 1990 and 2016, this means that currently around 1.3 million Bulgarians likely live abroad, driven by economic and social reasons. This leads us to our second takeout:

The combination between aging and migration of the most active working-age people has resulted in the workforce shrinking by one fifth over ten years. In fact, the decrease in the number of people between the ages of 18 and 64 is larger than the overall decrease of population - close to 900,000 people have either moved up the age bracket or have left Bulgaria between 2011 and 2021.

This is worse - twice as bad, in fact, than the decline in the 20-year period between 1992 and 2011, and ought to be the focus of any present or future government in the country.

Two points on that. First, this is easily understandable given the political process Bulgaria underwent. Around 2010-2011 all the EU work restrictions for Romania and Bulgaria were lifted. It was only natural that many able and willing people fled to other EU countries, looking for better opportunities. Unlike in the 90's Bulgarians were well prepared for this opening of the borders and many more of them jumped on the opportunity - especially when coupled with the ability to return home easily.

On the plus side, this means that the percentage of active Bulgarian workers is much higher than officially stated, and that the GDP per capita is respectively deflated.

The downsides, of course, are much more blatant - a reduced working-age population means fewer FDI incentives and mounting pressure on the pension system.

If there is a region that's almost beyond salvation, that's the North.

Ten out of 14 regions in Northern Bulgaria have lost between a quarter and a fifth of their population. Three of the remaining ones are close (Vratsa with 19.8 percent decrease, Lovech with 17.2 percent and Gabrovo with 19.2 percent) and just Varna is in a slightly better place, with "only" 10 percent population decrease, similar to that of Sofia-Region and Plovdiv in the south.

Regional discrepancies are not really news, but they still are a serious reason for concern - practically half of Bulgaria has been left to deal with the combined effects of open borders, open markets and no investment or infrastructure. The results are not pretty. Focused regional policy, especially the finalization of long-postponed key infrastructure projects (such as the Hemus highway) and the creation of investment incentives ought to turn the tide soon - or there will be nobody left in the North.

One of the strangest takeouts from the preliminary data by NSI comes from the survey of the buildings and the housing stock. According to the census findings, there are just under 2.1 million buildings in the country, which mark a 1.8 percent increase compared to 2011, or 36,000 new buildings have emerged in the period.

Even more curiously, the number of dwelling places (both habitable and uninhabited) jumps to just over 4.1 million, or 295,000 more (7.6 percent increase) compared to the last census.

This means that, despite the overall number of people decreasing, Bulgarians haven't lost their impetus to build, especially homes. It would be interesting to find out if most of the new buildings and apartments have appeared in Sofia when the final data comes out. The housing market, in other words, is driven by the appetite for investment and probably some foreign money, not by a desire to have a home.

The issue of outdated voting registers is something well known in expert circles, but has never been addressed - either for political reasons (parties can hide vote-buying and "dead souls" votes through these outdated registers) or due to incompetence.

If we take into account that there are 4.5 million Bulgarians above the age of 18, the turnout rate in the last election would jump from the dismal 42 percent to the much better 62 percent, and the finalized census results ought to give this a boost.

There are many other questions left for when the final census data is released - such as the ethnic distribution of the population, a more precise age group distribution, and more besides. NSI promised that the final results would be out by the end of the year - so expect further analysis down the road.

The population of Bulgaria is dwindling, and it's going down fast - this is no news and the preliminary data presented by the National Statistics Institute (NSI) last Thursday only confirms it. Last week, Kapital Insights summarized the basic results shown by the statisticians in our weekly newsletter, but now we want to look beyond the headlines and delve into several trends worth noting. And pose some questions that would only be answered at the end of the year when NSI publishes the final results of the long-awaited census.