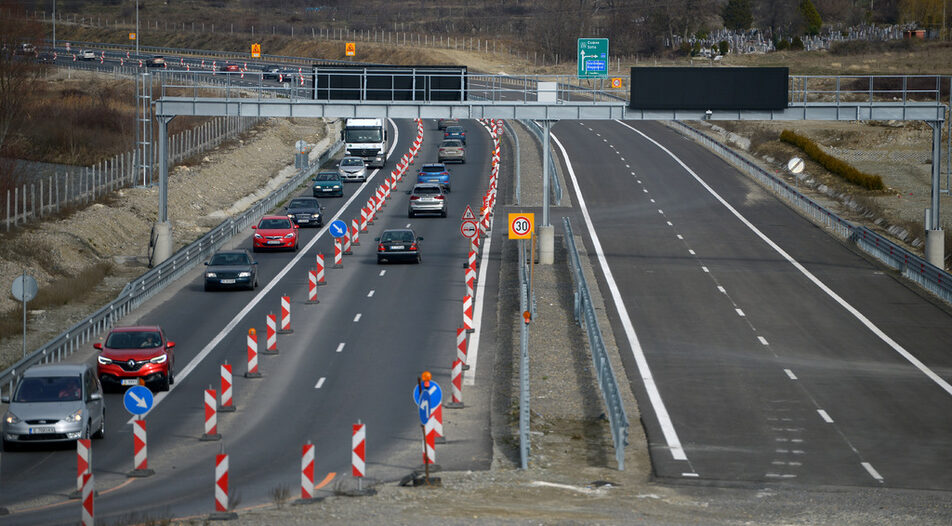 The abandoned roads of Bulgaria

The abandoned roads of Bulgaria

The Struma tragedy is unique in scale, but follows years of negligence and poor oversight

More than two weeks have passed since the tragic bus crash on the Struma Highway just outside of Sofia that took the lives of 45 North Macedonian citizens, including many children. The exact reasons for the vehicle plunging into the safety guardrail of the road are still unclear, but the investigation has already exposed one stark reality - the road safety conditions on the highway contributed to the scale of the tragedy rather than minimized it.

According to the investigators, the "fishbone" style guard rail literally impaled the bus in the middle, precisely where the plastic gas tank is located. Part of the rail broke from the main frame and dragged on the asphalt, creating sparks that ignited the leaking diesel fuel. In turn, the fire engulfed the interior of the bus, which is laden with combustible materials such as plastics, textile and rubber, among others, which caused the tragedy.

The fact that the bus ended up between the two safety rails separating the two lanes of the road already condemned most passengers, as the main exits were blocked from the outside by the metal fence. The only survivors were those who managed to break the rear windscreen of the bus and jump out before the fire and smoke engulfed them.

It was clear from the onset of the investigation that the guard rail played a significant role in the tragedy. "This rail that literally impaled the bus, is not simply not useful, but is dangerous for traffic and contributed to the accident," said the director of the National Investigation Service and deputy Prosecutor General Borislav Sarafov.

"In practice, this rail, which under the Road Traffic Act is described as a flexible barrier to prevent a vehicle leaving the carriageway, in this case was placed on the inside of the bend and was an obstruction for the bus to plough into," head investigator Marian Marinov added.

Flexible fences, like the one used at the Struma Highway rest area where the accident happened, have long been scrapped in Western Europe. In Bulgaria, however, they were still being installed until the end of last year, as they comply with "technical rules for the application of safety fences on national roads" adopted in 1994. The reason for this compromise is simple - lack of money. "Just the replacement of all the shoulders on Lot 0 of Struma (where the accident happened), which is 30 kilometers long, will cost 30 million BGN, explained the Acting Chairman of the Management Board of the Road Infrastructure Agency (RIA), Ivaylo Denchev.

And while the asphalt on the road was in good condition, it was badly marked - there was no light-reflective paint, and whatever marking existed was already half-worn-out. Absurdly, the status of this section of the road is unclear - it is not certified as a highway, but the speed limit (120 km/h) is higher than that of a normal road (90 km/h). While these issues are serious problems by themselves, they likely did not contribute to the crash, as the bus never exceeded 100 km/h.

Other elements of the road design, however, are definitely to blame - there was no sign for the incoming rest stop (it had fallen several months earlier) and, more importantly, the very location of the stop - behind a significant road bend - was a recipe for disaster, especially when you factor in the problematic guard rail and bad road marking.

On the tragic night in question, the driver was probably following the white line marking the end of the road on the right. In the absence of the warning sign for the rest stop and clear markings to guide him to the adjacent lane, he saw the safety rail in front of him on his left at the last moment. He pressed the brakes, turned the steering wheel to the left, but hit the left rail. He swerved to the left, the gas tank caught fire due to the friction between metal and leaking fuel, and the bus came to a stop when it broke the safety rail on the other side of the road. It ended up in the shoulder between the two lanes of Struma, where it burnt.

Beyond the indisputable tragedy of the early hours of 23 November, however, lies a grim public secret - Bulgarian roads are far from safe in general. According to the European Commission's Road Safety Centre, Bulgaria remains one of the top 3 countries in terms of road fatalities per capita. Most of these fatalities occur on secondary roads, but the number is growing rapidly on motorways and expressways, too. The country also ranks first for the number of bus crash deaths per capita (see the infographic).

There are four main reasons for this. First there is the road marking. A Road Safety Agency (RSA) report states that over 66 percent of the country's road marking is in an "unsatisfactory" condition. "Bulgaria has serious deficiencies related to road infrastructure. Marking is one of the serious problems, but far from the only one," the agency said. This is obvious to anyone who has ever driven in Bulgaria. Even new roads have problems with reflectors and quality road marking, and sometimes the RIA passes the baton to the contractors themselves.

Secondly, the country is a transit corridor. Official figures on the country's transit traffic cannot be found (which speaks volumes about the openness of the institutions), but expert estimates suggest it could be as high as 50 percent. A country that has so much transit traffic (much of it is cargo) has to be particularly scrupulous in maintaining its roads and markings for the simple reason that many foreign drivers are driving on unfamiliar roads. These two reasons alone likely contributed directly to the Struma tragedy.

This brings us to the third problem - money and institutions. The toll system was established in order to finance road maintenance in the country. It is not only failing at the moment, but the low toll rates attract additional traffic, exacerbating the problem. For example, the new head of the State Construction Agency, Vladi Kalinov, recently announced that the agency has not received any budget for road construction control for the past decade.

RIA is the elephant in the room - the agency and its regional divisions must inspect and repair dangerous road sections. It's obvious enough that they don't do it, or at least - not diligently enough. The same goes for a bunch of other bodies, like the traffic police and the Automobile Inspectorate. Sitting on the sidelines is the Highways Agency, which oversees and issues prescriptions that clearly don't move anyone - the agency is due to make a comprehensive safety review from next year, but its advice is often simply disregarded.

And a fourth overarching problem is the process of elimination of viable rail transport in the name of bus transport, which happened with the involvement of the state. Shifting mass passenger traffic to cars and buses, the most dangerous way to travel, is a recipe for trouble. And there is no public conversation on this topic.

Is there anyone in the driver's seat?

There are many lessons that Bulgaria can learn from this incident, and they are not limited only to road safety rules, but also to general lack of mechanisms for delegating and taking responsibility. Three years ago, another bus fell in the gorge of Iskar River near the town of Svoge, killing 20 people. In the aftermath, it turned out that many institutions were not communicating well with each other - it was not clear who had put the safety rail on the road, who was responsible for controlling the road repairs, why some required road signs were missing etc.

According to the European Commission's Road Safety Centre, Bulgaria remains one of the top 3 countries in terms of road fatalities per capita

There was talk of poor quality asphalt, tested in laboratories linked to road construction companies that were actually involved with the fatal road... The prosecutor's office rushed to investigate, threatening the heads of RIA, road builders, supervisors, control authorities In the end, 3 years later, the only result is that three ministers lost their positions, only to be re-appointed elsewhere.

The best thing that the future authorities could do is to assure that a proper investigation takes place this time around - and that those who allowed the construction of poor quality roads are held to account for tragedies under their watch.

More than two weeks have passed since the tragic bus crash on the Struma Highway just outside of Sofia that took the lives of 45 North Macedonian citizens, including many children. The exact reasons for the vehicle plunging into the safety guardrail of the road are still unclear, but the investigation has already exposed one stark reality - the road safety conditions on the highway contributed to the scale of the tragedy rather than minimized it.