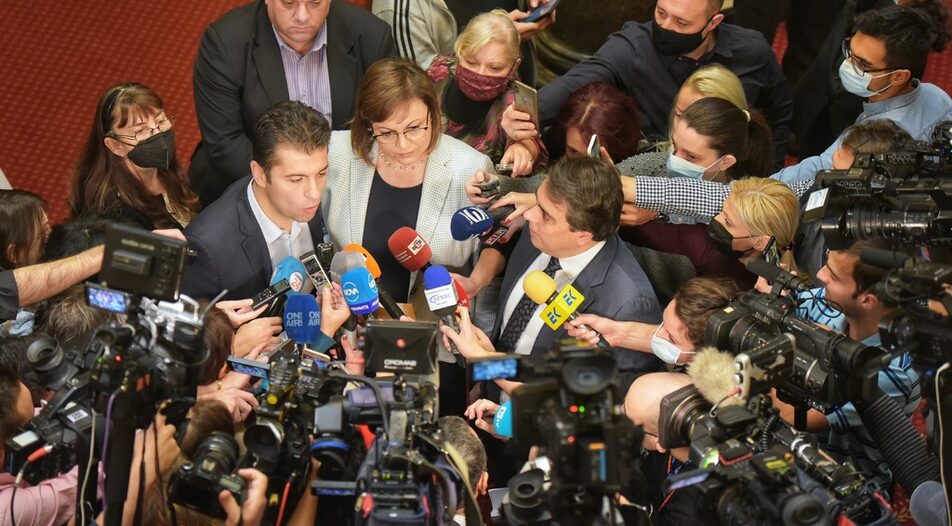 Good afternoon on Monday. After three weeks of negotiations, a final agreement by the four negotiating parties last Friday and President Rumen Radev giving the mandate to We Continue the Change (WCC) leader Kiril Petkov, on Monday afternoon

Bulgaria finally got a new cabinet

With 134 votes "In Favour" and 104 "Against" the National Assembly approved Mr Petkov's nomination for Prime Minister. With the same distribution of votes MPs also approved the coalition cabinet of WCC, BSP, TISP and Democratic Bulgaria, which swore its oath around 16:00 on Monday afternoon. All MPs from GERB, Vazrazhdane and all but two absent representatives of MRF voted against the cabinet. Read who's who in the Petkov cabinet, its priority tasks and potential problems - in today's Kapital Insights analysis available here.

According to official statistics, 1,840,000 people have now undergone the full vaccination cycle. Meanwhile, all regions of the country - bar Ruse - have dropped from the "dark red" Covid zone to the "red" tier, with fewer than 500 new cases per 100,000 population in the past two weeks.

The export of goods continues to grow, increasing by 23 percent year-on-year in October, according to preliminary data from the National Statistical Institute (NSI). The value of exported Bulgarian production since the beginning of the year has reached nearly 55.8 billion BGN, an increase of 14 percent compared to the corresponding period of the pre-monsoon 2019. In October alone, exports already exceeded 6 billion BGN , which is a year-on-year growth of 22 percent. Traditionally, in recent years, exports of goods have recorded their best monthly result in October.

Good afternoon on Monday. After three weeks of negotiations, a final agreement by the four negotiating parties last Friday and President Rumen Radev giving the mandate to We Continue the Change (WCC) leader Kiril Petkov, on Monday afternoon