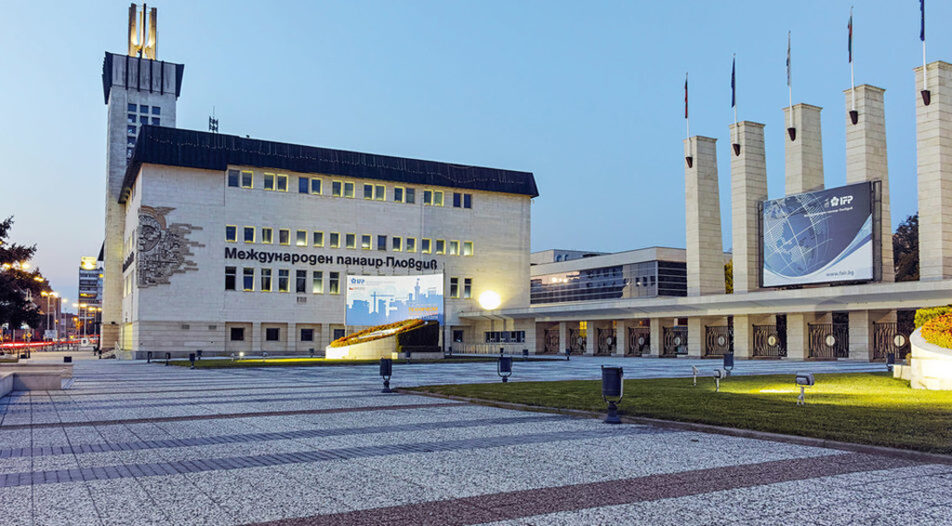 A gift for 25 million levs, a new financial overlord and a very wealthy referee

A gift for 25 million levs, a new financial overlord and a very wealthy referee

For-sale municipalities, a coalition is born, growth turns out to be 4%

If you had something worth 41 million levs (20 million euros), would you give it away for 16 million? Or worse still - would you completely forgo it, lending it to someone who promises to take care of it, yet with a history of reneging on such promises?

If the answer is no, congratulations: you are better with your finances than Varna municipality. The third-largest city in the country voted today on a decision to actually give away stocks from the Plovdiv Fair worth at least 40 million, by making an in-kind contribution to a company with a private majority owner.

The private investor is the socialist party member and businessman Georgi Gergov. Gergov has always been very close to the powers-that-be and controls the Fair through a joint-venture with Plovdiv municipality - a situation which has left Plovdiv seething, yet powerless for over a decade. The second biggest city has actually rebelled against Varna's plans and demanded that it refrain from such actions. The ministry of economy has sent a letter to Varna's mayor Ivan Portnih, requesting a stop to the deal.

So how come Varna even owns such stock, and why does it want to enter into agreement with Gergov against all odds?

It's a mind-blowing deal, so bear with me. Varna got the stocks of the Plovdiv Fair from the state back in 2016 because of a complicated scheme between the then government of Boyko Borissov and Gergov, which fell through.

Borissov later ordered the GERB-controlled city to return the stocks. It didn't, however, and now that GERB is no longer in power, its local branches are clearly redefining their loyalties and opting for the highest bidder.

If the deal goes through, this will be the biggest indicator of what is to come in the next 2 years, until the local elections - GERB functionaries on the ground selling assets to cash in before they are thrown out.

Even if it doesn't, however, the only way to stop that would be to create a functioning prosecution service. Not an easy feat.

Speaking of central power: It's a coalition! Finally, after seven months, Bulgaria is on the way to getting a "regular" government! We Continue the Change leaders Assen Vassilev and Kiril Petkov are within striking distance of the seats of power, judging from the negotiations. Barring a few names, everything has been negotiated, so what remains is for the deal to be signed and then voted through.

All of that should happen by early next week.

That is, if BSP leader Kornelia Ninova does not back out at the last minute - something she almost did on Thursday, with other negotiators claiming she was unhappy with the exclusion of some social policy questions from the coalition agreement that is due to be signed later today.

The more likely reason, however, is that Ms Ninova was simply grandstanding to her own audience. BSP hasn't been in power since 2014 and back then, it was thrown out by mass protests after only a year. Superficially, her party appears to be a big winner, despite their poor election results, because it will be getting several ministries, including the Ministry of Labor, Agriculture, Tourism and Economy and Industry.

If one looks closely, however, some structural changes envisaged by WCC practically render most of these ministries useless.

Here are some examples: the Agricultural ministry is mostly important because it controls several key agencies, such as the ones responsible for food quality control, forestry and the distribution of EU land subsidies. All of these bodies would now fall under the direct supervision of the next Prime Minister - Kiril Petkov from WCC.

Something similar will happen with the Economy and Industry Ministry, whose authority would be mostly limited to the control of the State Consolidation Company and a few big arms producers within it, like Terem and VMZ-Sopot.

All other important (and well-funded) subjects of the former Economy ministry, such as the Bulgarian Development Bank, the Investment Agency, Sofia Tech Park and the directorate for EU competitiveness funding would now move under the auspices of the new Ministry of Innovation, which will be under WCC control.

How ministerial seats are distributed

WCC will take the Ministry of Finance, which will be headed by Assen Vassilev, who will also be a "super deputy Prime Minister," as Mr Petkov called him in a Spiegel interview. Another deputy Prime Minister from WCC will be Kalina Konstantinova, who will be responsible for "effective governance". The election winners also take education, healthcare, the interior ministry, defense (likely to be headed by acting caretaker Prime Minister Stefan Yanev), transport, growth and innovation and culture.

One of the big structural risks that arises from the coalition format agreed by the four parties is that, in practice, each party is fully - and solely - responsible for what transpires in the respective ministries under their control.

It is far from clear how effective control over potentially corrupt (or simply stupid) actions would be enforced by the others, or if that division of labor would just end up in feudalization of the ministries.

The remedy for this looks to be Assen Vassilev - the new and emboldened state controller over the flows of money. As a finance minister, he will also be responsible for overseeing all EU funding amounting to between 25 and 29 billion euro over the next 9 years.

Speaking about European money: not coming any time soon

Two big questions hinder Bulgaria from receiving advance payments from the EU Recovery and Resilience plan. Both are linked to insufficient reforms to the energy and justice sectors. This is what Deputy Prime Minister Atanas Pekanov told Parliament on Thursday when he was asked if there was any progress in negotiations regarding the 6.6 billion euro package that Sofia is supposed to receive from the EU.

Since those were the questions that were stopping us from filing the Plan in the first place, let us recap: we haven't made any progress.

Final decisions for energy reform and for justice reform ought to be taken by Parliament and a regular government. Which makes the prospect of receiving EU funding any time soon look rather distant.

The national statistics changed course and reevaluated the consumption and exports and suddenly the corrected data for the last quarter turned out to be almost 4 percent higher than the express data.

Is the productivity growth per capita per employee for the last quarter of 2021.

The telecom buys Veliko Tarnovo-based Telnet company which serves around 16 thousand households in the region with internet and TV. It has 100 employees and 4.7 million levs of revenues for the last year. The deal is part of the process of unifying local ISPs under the main telecoms.

The German company, which is partly based in Bulgaria, will change ownership soon. The business, evaluated at 3 billion euro, is up for sale, says Bloomberg. Main candidates are CVC Capital, Silver Lake Management and Thoma Bravo

Will be digitalized for free by Schneider Electric. The companies won a competition by Schneider designed to signal an alert about the very low rate of digitalization throughout Bulgarian industry.

We are introducing a new chapter in our newsletter - it comes from our review of weekly activities in the EU capital. So here is the summary of all that you need to know:

Council of EU leaders is previewed on the 14th December. Among the topics on the agenda are COVID-19, boosters, digital certificates and the eventual approval of the 9 months validity for travelling. Discussion on energy prices, proposal on reducing the methane emission in the energy sector (by the Commission) and inclusion of nuclear energy and gas in the EU taxonomy is also expected next week. Revision of the EU green mobility package is also expected before Christmas.

The U.S. government wants to stop the controversial Nord Stream 2 gas pipeline if Russian President Vladimir Putin decides to invade Ukraine. Let's see what Germany's new government has to say about that.

New regulations will extend, until 2032, the existing system whereby citizens cannot be subject to extra charges for calls or data used while travelling within the EU and it will also bring about new advantages. The regulation will enter into force on 1 July 2022.

Borislav Kolev - A 42-year-old soccer referee and an ex-revenue agent, accused of collecting 53 million leva from various shell companies, created to launder part of the money, paid by the last government for the construction of "Hemus" highway. Kolev is close to one of the construction companies involved in the construction process - Groma Hold.

Nikola Minchev - The 34-year old lawyer is the new President of the National Assembly. So far, he has managed to keep better order than his predecessors.

Date: 15 December - The likely date that the new cabinet might be passed by the National Assembly.

Picture of the week:

Vlado Panev and Peevski: Green Movement leader Vladislav Panev, who is known for his edgy sense of humor, released this selfie with the alleged nemesis of his coalition Democratic Bulgaria - MRF MP and Magnitsky-sanctioned Delyan Peevski, likely as a tongue-in-cheek joke. Party zealots ganged up on him and he was forced to delete it.

This is how the Trud (Labor) newspaper has been commonly referred to for over a decade in media circles in Bulgaria. The joke comes from the fact that in 2012 the newspaper became part of the loyal Praetorian guard of the GERB-led rulers, ritually killing itself as an objective media. This week, however, Trud became the epicenter of a soap opera, after it was occupied by police officers who wanted to clear up the premises, as it had unpaid dues to the Ministry of Culture (that owns the offices). Editor-in-chief Petyo Blaskov claimed this was an attack against free speech and GERB politicians predictably answered his call, organizing a protest in its defense. The need for police involvement was indeed rather unnecessary, yet the protest attracted hardly any sympathizers.

If you had something worth 41 million levs (20 million euros), would you give it away for 16 million? Or worse still - would you completely forgo it, lending it to someone who promises to take care of it, yet with a history of reneging on such promises?

If the answer is no, congratulations: you are better with your finances than Varna municipality. The third-largest city in the country voted today on a decision to actually give away stocks from the Plovdiv Fair worth at least 40 million, by making an in-kind contribution to a company with a private majority owner.