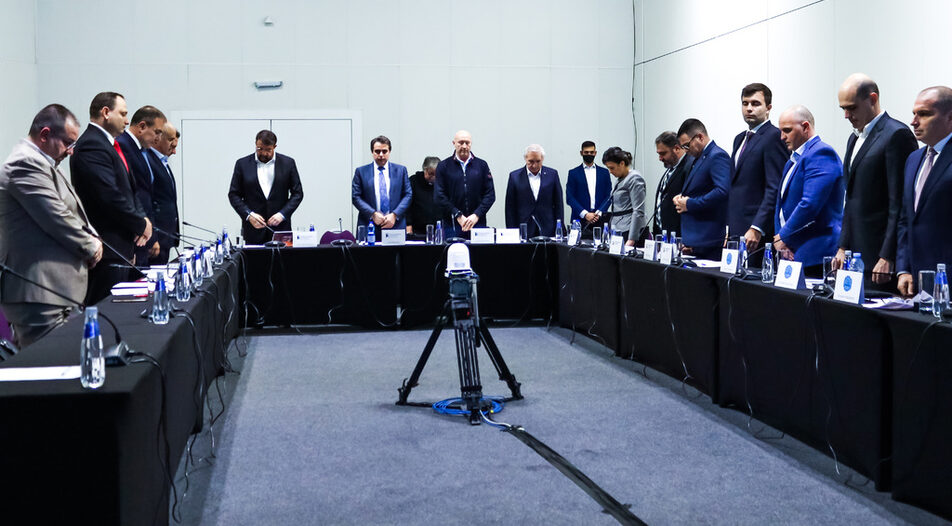 On Wednesday Bulgarian news concentrated on the aftermath of the Struma Highway tragedy from Tuesday morning that killed 46 North Macedonian citizens.

A day of National Mourning for highway crash victims in Bulgaria, N. Macedonia

In Bulgaria, Wednesday was a day of National Mourning in memory of the deceased in the tragic accident that took place early on Tuesday morning, claiming 46 lives, as well as in memory of nine elderly people who lost their lives in a care home fire in the village of Royak. In N. Macedonia, this is the first of three days of mourning.

Emerging explanations for the bus crash remain either driver error and/or a malfunction of the bus. Yet Bulgarian non-governmental experts, including ex-rally driver and safety driver expert Dimitar Iliev, underline that the poor state of the road markings and traffic signs might have also been contributory factors and should be properly probed.

The second day of cabinet negotiations between the four parliamentary parties poised to form a coalition government - WCC, which won the elections, and DemBg, TISP and BSP - focused on four expert areas - healthcare, agriculture, education and e-governance. The conversations remain directly streamed online and are free to watch. So far, negotiations on healthcare have caused disagreement about the need to nationalize hospitals (BSP and TISP are for some form of nationalization, while the other two parties oppose it). The topic created much more controversy between the parties than yesterday's sectors in focus - energy and economy.

According to the government statement, the continuous pressure on the healthcare system due to an overall increase of new Covid-19 incidencies requires extension to the restrictive measures against the spread of the infection for at least a further four months. According to official data, only 25.33 percent of Bulgarians remain fully vaccinated, little more than a third of the EU average of 70 percent, and the unvaccinated group makes for 85 percent of newly registered infections.

On Wednesday Bulgarian news concentrated on the aftermath of the Struma Highway tragedy from Tuesday morning that killed 46 North Macedonian citizens.

Day in 3 news: Paratrooper injured during training at Cheshnigirovo base, Russia expels another Bulgarian diplomat, Bulgaria has oil reserves for 6 months: Vassilev

The week: Bulgaria sails towards energy independence, brace for protests, why Ohrid is important

Day in 3 news: Full probe into TurkStream pipeline; Bulgaria has record number of Ukrainian refugees with temporary protection; Exports up 34% in Q3 y-y