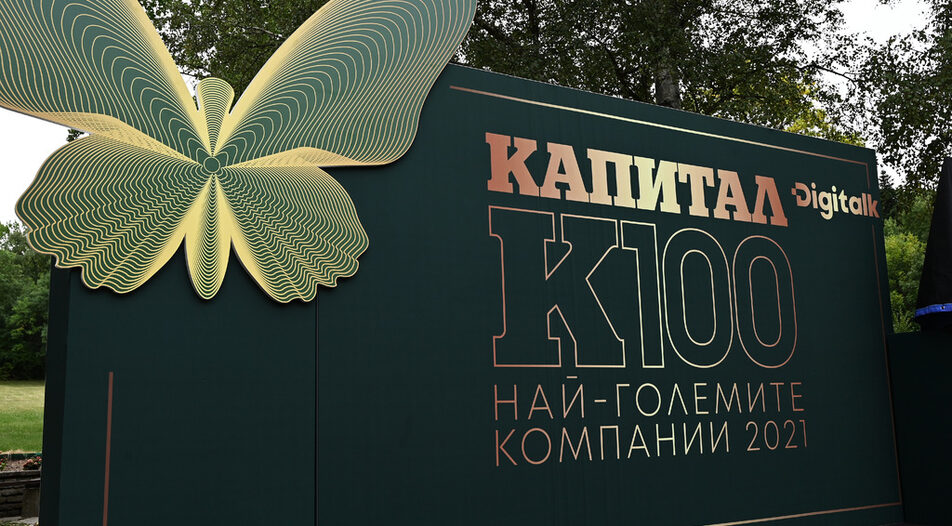 Do you know which was the most profitable sector in the Bulgarian economy last year? Or who is the silent giant in the fuels sector? Or which are the top IT companies?

Now, there is an easy way to find out this and a lot more.

K Insights has teamed up with the Capital intelligence unit and produced the first English version of K100: the annual ranking of the biggest companies in Bulgaria. It's time to brag a little bit, but bear with me here and you will see why it is also important for you.

This is, I have to say, by far the best overview of the business-field here that I know of. It is detailed, thorough, and brimming with numbers and faces. It was done by doubtless the best journalistic and analytical team there is in Bulgaria.

Each year hundreds of man-hours (and woman-hours, also) are spent researching the data, collecting the numbers, speaking to people, and comparing the results. The final outcome is a big book of rankings which in many ways is to Bulgarian business what Micheline stars are to French restaurants.

Capital has been doing that for many years - completed with a special event as seen on the picture. Now you can have it too, in a summarized and edited version: our new Kapital Quarterly (yes, the KQ which was the forerunner of K Insights, as some of our loyal readers will recall) is out and is devoted to that.

Go ahead and try it out here.

You can download it for free if you are a subscriber to K Insights. If you are not, here is another reason to become one: you will not only have access to our previous reports and to future ones, but also to the daily analysis we serve on the website.

Do remember - the time for presents is coming and this will be the perfect gift for your business partners, your own company or yourself. Realistically speaking, with this massive failure of supply chains, a good read might just be the best gift this Christmas.

Bulgaria pulls a ship out

Success! After remaining stuck for 36 days, the Turkish-owned, Ukrainian-manned ship Very SU finally got pulled out of the shallow waters near the Kavarna coast and dragged down to the port of Varna.

It took Captain Andrey Stanev of the Castor tug boat only 16 minutes to get Vera Su out, but the build-up took weeks.

First, the ship had to be secured in one place in a floating foundation of sorts, then wielders from Varna had to secure the most fragile parts of its hull in case it hit a rock on the way out, then part of its potentially hazardous nitrogen fertilizer cargo had to be unloaded, so that the ship would float up

All of that had to be combined with precise modelling of the maneuvers needed to pull the ship out by Captain Stanev and his team and work in the precarious October weather in the Black Sea, but the result was a success.

And then gets one

Oh, and yes - Vera Su will probably remain Bulgarian property, if the owners don't pay a very hefty amount for the whole operation.

Sex and the Canadians: Constitutional court has a busy week

On Tuesday the top court in the land ruled that the word "gender" in the Basic Law of the country at present indicates biological sex and not the term gender as a social construct. 10 of the 11 judges agreed simultaneously that the term, which in Bulgarian means both "sex" and "gender", cannot be the object of social chosing, as a person's gender is derived by their chromosomes.

In the traditionalist cultural spirit that the Constitution was written, there are only two genders - male and female, states the court. Yet in an important position, it says it is the duty of the state and its institutions to define the legal framework through which trans-sexuals can have reliable predictability. The Constitutional Court is not the place for this battle to be fought, judges posit.

A minister that wasn't

Apparently the imagination of the Constitutionalists ran out by the time they reached the case of Kiril Petkov's dual citizenship, because their next ruling on Wednesday was very plain and dry. The court decided that Mr Petkov, who became Economy Minister in May, had indeed been appointed to office in violation of the Constitution, as he would still have been considered Canadian (and thus a dual) citizen at the time. Thus, the court decided, he was actually never a minister at all.

The decision wasn't very surprising and was widely expected. Most of the important political players - Boyko Borissov and Presidential candidates Anastas Gerdjikov and Lozan Panov - chose to attack President Radev, who appointed Mr Petkov. Radev, for his part, said that if most of the ministers were like Mr. Petkov, Bulgaria would have been a different country.

Is how would this decision affect the coming elections - Kiril Petkov is riding high with his newly founded Continue The Change party and looks set to take second place. Will voters back him even more after this or would the anti-Radev campaign succeed in painting both anti-GERB politicians black?

For now, I would surely bet on the former outcome.

BTW, check Martin Dimitrov's overview of the most interesting questions surrounding the next elections.

The Covid situation is deteriorating by the day - currently, Bulgaria has reverted to the worst days of November 2020 in terms of rates of registered new cases and daily deaths. The new Green Certificate policy that provoked an extreme backlash last week is proving both inefficient - and an insufficient - measure, and Health Minister Stoycho Katsarov alluded that a full-blown lockdown might be looming. He did not say at what point a new lockdown might be needed (as we already wrote, the health authorities have not been following the criteria they themselves set up, anyway), but it might come soon if the strain on the hospitals does not ease.

Market gets rather tired of buying state debt

After trying to sell another 500 million levs in bonds, the government barely covered the demand: the incoming orders were for 517.9 million levs. This is rather understandable: since the beginning of the year, the Treasury has already sold 2.3 billion levs (1.15 billion euro) worth of bonds on the internal market.

Here is a forecast about the economy in 2022

32.2% Of the companies had a drop in revenues this September compared to last year. Growth is registered in only 17.8% of the companies.
1.5 Billion levs is the total amount of state aid for securing jobs, paid to companies since the beginning of the pandemic. 9%

Is the growth of the premium profit of insurers in Bulgaria this august compared to the last one.

The Bulgarian technological company is registering a company in Germany - Alterco Europe. This is targeting one of the biggest IoT markets in Europe, where Alterco secured a foothold with its Shelly brand.

A Swiss-based company is buying the 60 Megawatts solar park near Suvorovo. The seller is Spanish Enhol. The price hasn't been disclosed. This is the second park bought by MET in the country.

The newly founded company wants to buy 50 Megawatts park owned by Chinese Hareon. This is still an early phase of the deal and eventual contract might be finalized after the Competition Committee has its say.

The Dutch-based company buys Bulgarian PubGalaxy. The tech deal has been announced by the Bulgarian side, without disclosing the amount. PubGalaxy offers websites the opportunity to run and optimize their marketing and ad revenues. Until now, Persian Karakostov and Ivaylo Ivanov were co-owners of the company.

Palfinger and Sark
The copper producer Sark Bulgaria is going to invest 6.5 million levs in its Shumen-based factory. This will allow the company to produce copper wires.

Palfinger Bulgaria meanwhile will invest 4.4 million levs in Sofia in a center for shared services with 200 employees.

The IMF boss is once again on the ropes, after the World Bank board decided not to grant her a hearing on allegations she manipulated the Doing Business ranking.

the new director of the Bulgarian National Radio. Copyright lawyer by vocation and education, he has the daunting task of keeping the last remaining independent public media intact.

A candidate for mayor of Skopje, she has been under attack from the governing party in North Macedonia and a victim of a smear campaign, claiming she is Bulgarian and has a Bulgarian ID. So much for "friendly neighbourhood" relations.

Finally admits it is debating whether to include Bulgaria in its visa-waiver program. Croatia is already in and it has been late to the EU membership party. So maybe just a little more (and a vaccine also).

1 December - from this day on, the Blue Parking Zone in Sofia will expand more than twofold, encroaching on the cheaper Green Zone in the areas around Dondukov, Evlogi and Hristo Georgievi, Slivnitsa and Hristo Botev boulevards. Expect a precise map from the Urban Mobility Center of the capital soon and watch out for new parking signs!

The word this week is actually the name of a pop-folk singer and Presidential candidate, Luna (standing for moon in Bulgarian) Yordanova, who has definitely stolen the show so far among the lower-ranking contenders for Head of State. Ms Yordanova, who used to be one of the trailblazers in the musical genre despised by many, and beloved by even more Bulgarians, is having a barnstorming campaign. In her first video for the election on BNT, she simply stood high on top of a mountain, singing a ballad.

But the signature moment of the whole campaign came during a morning debate when she handed another candidate (who has participated in almost all campaigns over the past 30 years) a petition for lustration of former members of the Communist party with the words "Come on, sign it and go to jail".

Do you know which was the most profitable sector in the Bulgarian economy last year? Or who is the silent giant in the fuels sector? Or which are the top IT companies?

Now, there is an easy way to find out this and a lot more.