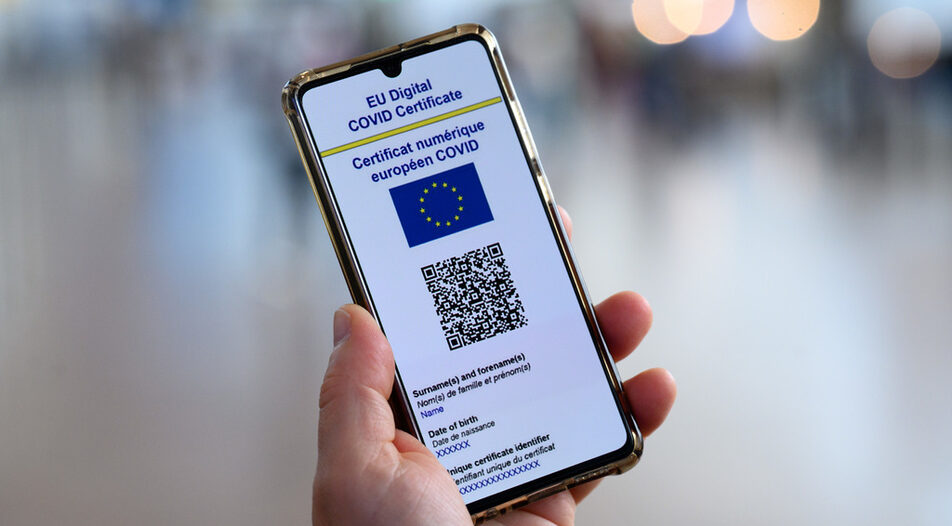 The Week: The inevitable fifth wave, the surf-master Radev and the boom of online retail

The Week: The inevitable fifth wave, the surf-master Radev and the boom of online retail

It's COVID time again. Despite our posturing, grandstanding, and obstinate refusal to take the disease seriously, the virus is back and raging more strongly than ever.

From next week Bulgaria will enter arguably its strictest period of measures since the full lockdown of March 2020. Green certificates (meaning either you had COVID, or you're vaccinated, or tested) will be used as a pass for many places: from malls, restaurants and bars, to hotels, sport venues and, of course, hospitals.

This does seem radical for a country with a 20% vaccination rate. After all, restricting most of your population from participating in various activities is bound to cause protests (as has already happened), after 18 months of enduring the fallout from the pandemic.

Yet, if we are totally honest with ourselves, it was somehow inevitable and even tragic. It was rather like a slow-moving tanker, which no one can stop, moving inexorably towards the rocks.

We all knew that the Delta variant was far more transmissible and dangerous and that vaccination levels were low. We all knew numbers would pick up in the winter. Yet somehow we hoped we would avoid the worst - by God's providence or pure luck. Maybe, people thought, we were smarter than everyone else.

So, in the interim, we got used to flouting measures or faking them. The authorities' failure to convince people to vaccinate, and to even try to do so, the abundance of fake theories, mistrust and natural scepticism, all underpinned this tragedy. The failure of the GP's system, where many doctors were advising against vaccinations, was another important factor.

And so here we are - thousands of new cases per day and hundreds in hospitals. The optimistic scenario would see these partial measures working - spurring more people to get their shot, and keeping hospital admissions at low, or even manageable levels. Realistically, however, they probably won't - green corridors are a measure for reopening an economy, not one for stopping a virus.

So short of a full lockdown, there is not much anybody can do. This caretaker government has been brave, but perhaps ultimately not brave enough. In the election campaign all political parties, with their eyes on short-term electoral gain, united in damning the measures. Yet they failed to offer any alternative, even though someone will have to address this crisis in a month or so.

So, to put it bluntly, be ready for another winter under siege.

Radev FTW in round one?

At least this is what Gallup International Balkan claims in its latest survey published on 21 October. According to the agency, the incumbent president is projected to win 51.2 percent of the vote, ahead of GERB's nominee Prof Anastas Gerdjikov (22.5 percent) and MRF chairman Mustafa Karadaya (7.9 percent).

This survey ought to be taken with a pinch of salt, however. There are two main reasons for that: 1) Gallup has often overestimated the outcome for left-leaning candidates and parties 2) The survey was conducted before the announcement of a "Green Covid Certificate" by the current Health authorities (appointed and defended by Mr Radev), which has conspicuously angered a significant portion of his anti-vax supporters.

They might now redirect their votes towards fringe and radical figures like Vazrazhdane's Kostadin Kostadinov, an antivaxer and populist-nationalist.

Bulgaria vs. a judge

If you ever needed better proof of the problems of the Bulgarian judiciary, look no further than the case of Judge Miroslava Todorova. A well-respected magistrate, she became the President of the Bulgarian Union of Judges in 2009 and dared to openly criticize the actions of the Supreme Judicial Council (SJC), particularly vis-a-vis the appointments of court presidents. She also ventured to make statements against the then Minister of Interior Tsvetan Tsvetanov - a person with significant influence over the judiciary at the time. In return, she got a reduction in her salary ordered by the SJC, followed by her dismissal on the grounds of delays in dealing with her cases.

She took matters to the European Court of Human Rights in Strasbourg, which ruled on Tuesday that the Bulgarian authorities have indeed repressed Ms Todorova. The Court considered that the disciplinary proceedings against the judge, and the sanctions imposed, were tantamount to interfering with her right to freedom of expression and that this had not been "necessary in a democratic society."

Speaking of tankers, do you remember Vera Su?

After declaring the stranded ship "sunk" last week, and then absurdly trying to convince the media that all was fine, Transport Minister Hristo Aleksiev boasted on Monday that the unloading of the ship (carrying hundreds of tons of fertilizers) had started and will go on 24/7. Well, this did not work exactly as planned - it's Friday and none of the fertilizer load has yet been removed from the ship, with the maritime authorities potentially missing the week-long good weather spell due to poor organization. No surprise there, then.

A new auction of T-bonds for 500 million levs

The government will try to sell a new portion of T-bonds for 500 million levs (250 mln euro) on the domestic market after it successfully debuted 5-year zero interest securities for the same value two weeks ago. The 10-year bonds will be offered at the auction next Monday as 300 million levs of them were placed in September with a 0.2% yield. If the issue is successful, Bulgaria will accumulate 2.3 billion levs of new gross debt from the beginning of the year.

This week employers and trade unions joined in a protest against high electricity prices in several cities. So the caretaker government had to do something and said there will be compensation paid in November - for October's electricity bills. The question is how this is going to happen as there is no scheme that allows this money to be transferred to the companies legally.

Foreign direct investment in Bulgaria in the first eight months of 2021 stood at 797.1 million euro, the equivalent to 1.2 percent of the gross domestic product (GDP), according to statistics from the Bulgarian National Bank (BNB). In the same period of 2020, FDI was 2.02 billion euro, but the original amount reported by BNB last year was 365.9 million euro, which was revised upward later.

Another factor is that Czech energy conglomerate CEZ sold its Bulgarian operations to a local company.

The COVID-19 pandemic has shifted interests and needs. So grocery stores - like mini supermarkets, vegetable shops, nuts shops, bakeries and butchers - are now more common than clothing stores on central Sofia boulevards. The central pedestrian Vitosha blvd zone is full of new grocery shops despite the lockdowns this year, reveals a report from the consultancy Colliers.

The online retailer will enter Croatia and Greece early next year, and will strive to enter 5 more markets until the end of 2022. Ozone expects 45 million euro in revenue this year, a 70% growth

The big player in the consumer electronics market is to open a second store in Sofia. It will be in Paradise center and it will serve as a showroom as well as a physical store.

The Czech owner of Telenor Bulgaria, Cetin Bulgaria and bTV announced a deal for 30% of its telecom infrastructure company - CETIN Group. The buyer is Singapore's state investment fund GIC.

A "rebel" judge who has been nominated by an absolute majority of her colleagues to head one of the most important national courts - the Supreme Court of Cassation. She became famous as the first judge to resign from the SJC in protest against lobbyism within the institution.

after a four month long hiatus, the bilateral commission that has to produce a shared reading of history by the two sides will meet again by the end of the week. While you await potential breakthroughs from it, read KInsights' piece on relations between the two countries by Monika Varbanova.

There are many absurd things in Bulgaria, but one of the craziest of them all happened this week, when the far-right parties Ataka ("Attack") and Vazrazhdane ("Revival"), often considered neo-fascist themselves, led protests against what they called the "medical fascism" of the Green Covid Certificates scheme introduced by the Health authorities on Thursday. They compared it to the special passports Jews had to carry in Nazi Germany before and during the Holocaust, and saw the introduction of the Green Passes as a prelude to a"vaccination Holocaust".

Not that all of them really believe that the real Holocaust happened, but that's another matter. As journalist Maria Cheresheva poignantly pointed out, the scenes of yesterday's anti-abortion activists carrying posters "My body - my choice" to protest vaccinations is rather dystopian.

It's COVID time again. Despite our posturing, grandstanding, and obstinate refusal to take the disease seriously, the virus is back and raging more strongly than ever.

From next week Bulgaria will enter arguably its strictest period of measures since the full lockdown of March 2020. Green certificates (meaning either you had COVID, or you're vaccinated, or tested) will be used as a pass for many places: from malls, restaurants and bars, to hotels, sport venues and, of course, hospitals.