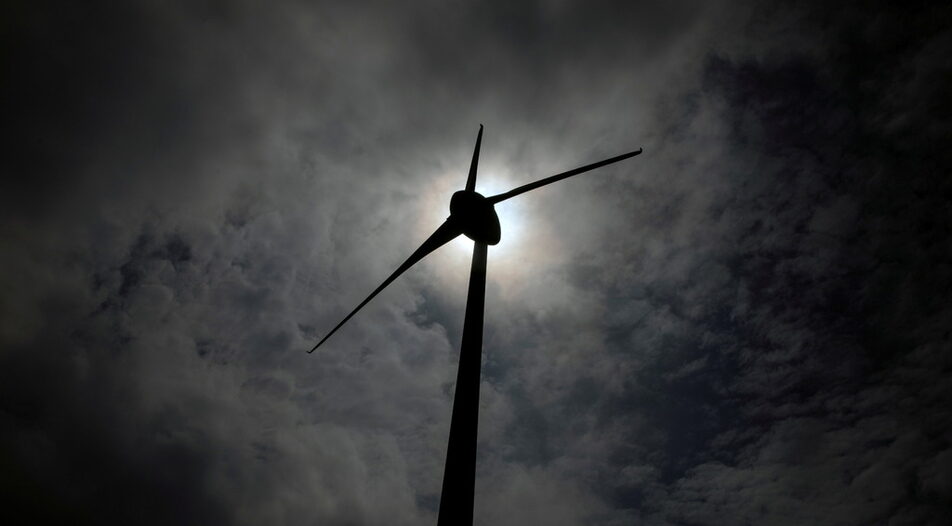 The week: A very expensive winter is coming, the "disrupters" enter the political center and new cars sales grow fast

The week: A very expensive winter is coming, the "disrupters" enter the political center and new cars sales grow fast

Let's talk energy. Sooner or later, everything boils down to this - or should that be - boils up? Because if you're in any type of business you must have noticed the trend of the last few months. Prices have gone crazy and they keep spiraling every day.

There are many reasons for that, but to sum it up: post-COVID revival, Asia consumes a lot of gas, LNG is diverted there, the EU is left to depend on Russia (again) and what a surprise - Moscow turns off the taps so that it can keep prices high.

So what about renewable energy? Good question, but turns out energy systems are a lot like sailing: no wind, no fun. And there has been a serious lack of wind in Europe this year.

So this windless storm is heating up your gas and electricity bills.

It will get even harder in the next few months. In Bulgaria this has been multiplied by several factors. First, small businesses are out on the open market for the first time. They are also forced to pay a premium on top of the high prices. Second, Bulgaria depends mostly on Russia anyway, so any spat will reflect here directly. Third, the energy market here is in chaos as it is and will be for some time.

So expect inflation to hit your pocket in various ways.

The solution proposed at EU level is the same Bulgaria will push for: more RES, smart grids and fingers crossed for better weather.

Yet it all depends on the duration and severity of this crisis and the following ones.

If this hits consumers even harder someone might dare say nuclear?

this week's newsletter was helped by

The Harvard duo launch "We Continue the Change"

Everyone knows them, everybody talks about them: Kiril Petkov and Assen Vassilev, the two Harvard graduates who turned their (pretty successful) four-month stint in the executive into a launchpad for a brand new political project last Sunday.

The new movement is called "We Continue the Change" and, from what we know, its core team consists of former students who graduated from "Harvard courses" at Sofia University.

The educational project was created by the two Harvard graduates over a decade ago in order to transfer some of the knowledge in macro- and microeconomics they gained during their studies at the prestigious US university. Hundreds of top students from different universities in Bulgaria took it as an uncredited voluntary course ever since. This might prove to be a potent pool of candidates for deputies, as hinted by Mr Vassilev.

Neither Left, nor Right

The movement subscribes to a centrist economic policy: no tax increases ("we would have had enough money in the state coffers if it hadn't been stolen," Mr Vassilev told reporters) and a balanced budget with increased social spending due to better collection of taxes and quashing corruption practices.

And the other policies?

Foreign, judicial etc. remains open for now. Not exactly their sphere of expertise, the duo admitted.

On the positive side, the two ex-ministers seem to be much more dialogical than other "protest parties," such as Slavi Trifonov's TISP (which completely botched all attempts to use its electoral dominance and create a viable, anti-GERB/MRF cabinet last summer) and Democratic Bulgaria (which refuses to speak to BSP, for example).

But keep the change

On the other hand, Mr Petkov and Mr Vassilev seemed way too liberal with their choice of partners in their attempt to enter the November electoral race. Since they would not have enough time to legally establish a party, they sought to form a coalition with a "hollow" existing party - a small faction which has already been established and can be used as a vessel. They quickly found volunteers - VOLT-Bulgaria, a little-known offshoot of an already marginal EU-wide federalist movement and "Middle European Class," a strange local party from Burgas which has previously been in bed with various far-right parties.

What would they get in return? Probably money, as they would be entitled to a part of the state subsidy.

Expect an overview of the party in Kapital Insights next week and until then catch up with what the two ministers and their caretaker gov't colleagues (failed to) do over the last four months.

Early voting signs for Mr Petkov and Mr Vassilev's movement augur well. While not as high as they dream (Mr Petkov said he expects at least 30 percent of the vote in November), Trend agency gave the new faction a 7-8 percent start, while Market Links predicted 11 percent on Thursday. In other news, TISP fell to third or even fourth place according to all agencies and GERB regained top spot with the best overall mobilization.

And yes, N. Macedonia, still no news for you, go wait awhile

The EU Commissioner on Enlargement Olivér Várhelyi visited Sofia and Skopje this week in an attempt to break the deadlock between the two countries that halts N. Macedonia's application process to join the EU. Unfortunately, plans went awry in Bulgaria - there was not even a press briefing at the Foreign Ministry after the meeting between Mr Várhelyi and Minister Svetlan Stoev.

From the N. Macedonian side, Prime Minister Zoran Zaev attempted an overture towards Bulgaria, which backfired immediately. He said that he will push for changing the term "Bulgarian fascist occupation" in history textbooks - referring to Bulgaria's role in the WWII history of his country - to simply "fascist occupation".

Is the unemployment rate in August. This means around 160 thousand people or 34.6% less than the same period in 2020. Sounds like we're doing kind of ok.

Which means - salaries are going up

The growth rate is 6.7% on an annual basis, according to the NSI. Not surprising, the biggest rise is in state-run employers: 23.2% This means administrations, state-owned enterprises, hospitals and the education sector. All of those got a boost from COVID-related state budgets. The health sector also gets a serious boost in salaries, probably for the same reason, while construction gets a 13.4% growth (not surprising for anyone trying to buy property in Sofia lately).

Yet another 300 million leva, or 150 million euro, of debt enters state coffers with the sale of 10-year Treasury bonds with 0.2% yield. Interest in the bonds was very high, with over 508 million leva in submitted orders. Thus, the accumulated debt since the beginning of the year reaches 1.3 billion levs with a budget ceiling of 4.5 billion levs.

Bulgaria registered 16% growth in the first eight months, compared to 11.2% in the EU. This still is 30% below the 2019 level, the European Automobile Manufacturers Association (ACEA) said on Thursday. In August, registrations of new cars in the country decreased by 0.7% on an annual basis to 1.9 thousand cars. It is not all down to the pandemic, of course. There are still no chips available and new cars are very hard to find.

The Romanian company buys the large Bulgarian dental distributor Dentatehnika. Dentatehnika is owned by Vassil Popov and for the last two years the turnover has varied between 7 and 11 million leva. Since October, the distributor Dentotal Group has been part of the equity fund Abris Capital. The investment company is based in Poland, managing funds worth over 1 billion euros and is active in Central and Eastern Europe.

The fund has invested in nutritional supplement company Vital Concept. The investment is for 500,000 euro for less than 24% of the capital. According to the report in the Commercial Register in 2019, Vital Concept has 721 thousand leva in revenues and a loss of 274 thousand leva. In 2020, the turnover will shrink to 488 thousand leva and the loss to 123 thousand leva.

The four-star hotel in Sunny Beach goes on sale. It is the largest asset of Bulgarian tour operator Astral Holidays, which sank after the bankruptcy of British giant Thomas Cook. The price is at least 20.4 million leva, according to the procedure of the private bailiff Stanimira Nikolova. Bids must be submitted by October 7.

The index now includes three new companies - Sopharma Trading, Monbat and Industrial Holding Bulgaria. According to the rules of the index, it includes the 15 most liquid positions, calculated according to the methodology of the Bulgarian Stock Exchange (BSE), so that "Gradus", "Albena" and "Sirma Group Holding" have dropped out, respectively. This is part of the regular rebalancing of stock exchange indices, which is done twice a year, and there are changes in the other measures of the BSE.

The judge from the Supreme Court of Cassation is rumored to be the most likely new head of the Supreme Judicial Council (SJC), the high administrative body of the judiciary. The court needs to have a new head in February 2022.

the ex-Man UTD striker formally announces his candidacy for president of the Bulgarian football union.

- the last day parties can nominate their candidates for President and MPs for the 14 November elections.

the rocky patch of North Bulgaria's shore, where a huge ship got stranded on the rocks. It will be there for a few days at least so if you are anywhere near, go see it. Conclusion: that's what happens when you drink on duty.

Words of the week: Pochtennost (integrity)

The top requirement for membership in the new movement created by Assen Vassilev and Kiril Petkov, according to the two leaders, is "pochtennost", or "integrity" in Bulgarian. Everybody who signs up with "We Continue the Change" pledges open access to their tax returns in a sign of integrity. The quality seems to be the most important one for voters tired of politicians' schemes and participation in dodgy political and business deals, but it is very hard to pinpoint its meaning.

Let's talk energy. Sooner or later, everything boils down to this - or should that be - boils up? Because if you're in any type of business you must have noticed the trend of the last few months. Prices have gone crazy and they keep spiraling every day.

There are many reasons for that, but to sum it up: post-COVID revival, Asia consumes a lot of gas, LNG is diverted there, the EU is left to depend on Russia (again) and what a surprise - Moscow turns off the taps so that it can keep prices high.