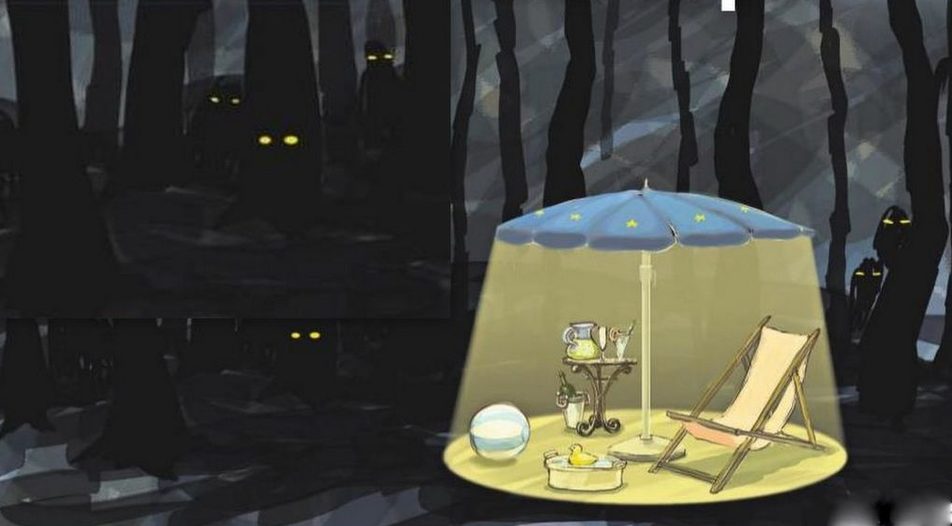 The week: No EU money and other risks for Bulgaria, No new head of BNB (for now), and a whole new fascist to worry about

The week: No EU money and other risks for Bulgaria, No new head of BNB (for now), and a whole new fascist to worry about

K Insights 27/08: Bulgaria’s risky autumn, where do we invest and Sofia is great in tech

We've been saying for years that the EU funds distort the economy. Well, I've been saying it, at least. And I have coverred this specific area for well over a decade now (the above picture is from an article of mine on the same topic from 2012).

I've seen more than my fair share of ministers of economy and EU-funds, bureaucrats, and consultants, and I can testify that this once small corner of the national economy exploded to unprecedented volumes.

There was a certain time in the Bulgarian economy when I got the feeling that two-thirds of all business activity was producing "project proposals" to find EU financing in one form or another.

This has not only shifted business focus from creating value to creating good-looking projects on paper (which is NOT the same, believe me), but also of course, produced the all-encompassing corruption machine which is somewhat inevitable when you have THAT much government-distributed money.

Well, now we're in for a demo version of what could have been.

Judging by the last political movements (more on that below) there will be no regular government until at least late autumn, possibly even longer. Which means that unless the caretaker government decides to file in the National Recovery and Resilience Plan on its own, the money under that EU instrument will not enter the economy this year. Bulgaria still haven't signed the EU memorandum for the new programming period 2021-2027 and this means no new money will flow under the regular EU programs also.

Since both of those require some commitments the caretaker government is refusing to sign to, for now, (but might reverse course after the presidential elections) Bulgaria is facing a gap in EU-financing of 6 to 8 months at best.

This doesn't mean that there will be no new money at all - some programs still have budgets to distribute and React EU will keep running for some months, but all in all, lots of areas in the Bulgarian economy will have to keep running on inertia.

This will be a difficult, yet healthy exercise: it might help remind businesses why relying on the state is a bad idea in the first place.

This is not the only risk we're facing in the following months. Read a very good summary of the threats for the Bulgarian economy by our very own Martin Dimitrov here

As we said, no cabinet in sight

Nevertheless, there is little hope in sight for them to form a cabinet - the two biggest parties, GERB and There is Such a People (TISP) are either undesired or unwilling partners for the smaller factions. TISP, for example, mocked the proposals coming from Democratic Bulgaria and Stand up BG who wanted Iva Miteva - the positively viewed speaker of the house - to be nominated for prime minister.

Instead, TISP arrogantly pointed out that if any of the smaller parties wants to receive their backing, they should propose the cabinet nominated by the party of showman Slavi Trifonov which fell on flat ground two weeks ago.

Presidential elections on 7 and 14 November

On the positive side, it appears that at least one potential constitutional crisis would be averted, as the parliamentary parties seem to be on the verge of choosing a date for the upcoming presidential elections.

The likely dates for the first round and a possible runoff vote, respectively, are 7 and 14 November - practically, the last possible dates that the Constitution allows.

If the parties come to terms about these dates, it would still be up to President Rumen Radev to decide on a date for the imminent early parliamentary elections.

Each possibility - for 2-in-1 elections, and for three straight weeks of voting - comes with its own perils that we have described in the above mentioned piece, so go and read it if you've missed it.

A whole lotta love for the caretakers

As parliament continues its ineffective and aimless movements, public support for it continues dwindling. According to a Market Research poll published on Thursday, Bulgarians trust the National Assembly less and less, while simultaneously backing the caretaker government more and more. The numbers go like this: trust in Parliament is 13 percent, or 10 percentage points lower than trust in the previous National Assembly. Support for the unelected caretaker government goes up 3 percentage points compared to July, reaching the astonishing 54 percent - a degree of support almost unseen in modern Bulgarian political history.

No new head of Bulgarian National Bank, for now

One more thing from Parliament this week - the attempt of TISP to push forward the change of the governor of the Bulgarian National Bank fell through.

Practically all other parties (bar MRF) decided to back a motion to not open talks about who would succeed Dimitar Radev in the driver's seat at the central bank, as there is (surprise, surprise!) no coherent majority to back a successor. "We can't agree on forming a coherent government, let alone appointing people in high places," as Democratic Bulgaria co-leader Atanas Atanassov put it in Parliament on Wednesday. Mr Radev's term of office ran out two months ago but by law he can remain in the post until Parliament decides on his successor.

Or more than ever, at least. The assets of the industry reached 7.1 billion levs (3.6 billion euro) at the end of June - an all-time high. Moreover, there was a 50% growth in the last year which means basically scores of people rushed for the mutuals in the absence of any interest on bank deposits.

Billion levs was the total amount of bank deposits in Bulgaria at the end of July - an increase of 11.8% year-on-yer, central bank statistics show. So not much love lost for the banking industry, too.

The Bulgarian retail chain is investing 12.5 million euro in a new supermarket in the town of Pernik. This is the chain's 45th supermarket in the country and Pernik, which is situated some 35 km south of Sofia, is Fantastico's fifth location. Its shops are mainly situated in Sofia and its vicinities.

The courier company is raising its prices by 4.85% starting September. Some promotional prices, including 3 lv for any package under 3 kg shipped via a Speedy machine, will remain in place until the end of the year. The other big sector player in Bulgaria - Econt, also raised its prices in July.

The Spanish company, part of Hotusa Group, is going to manage Eurostars Sofia City hotel in the next 10 years with a 5-year possible extension. This is the first hotel of Hotusa Group in Bulgaria. It signifies a lasting interest in Sofia by big tourism brands after the pandemic.

In September natural gas prices are expected to rise, maybe by more than the current estimates of 17%. Meanwhile, electricity prices which soared in the past month, shaking many industries, have been going up after falling for a while and now stand at 229.56 levs per MWh.

Gazprom turns to the US - read more here .

Kostadin Kostadinov
the new fringe messiah on the rise (they seem to come predominantly from the coastal regions). After spending years outside Parliament, now his Vazrazhdane ("Revival") pro-Russian, anti-EU nationalist party is set to pass the 4 percent threshold to enter parliament in an increasingly likely snap vote, polling agency Market Links predicts.

To get a taste of him - earlier this week, Mr Kostadinov said that "liberals and globalists" such as voters of Democratic Bulgaria, ex-Foreign Minister Solomon Passy, members of NGOs and "other forms of biomass" would be sent to work on large infrastructure projects and in uranium mines if his party gets in power.

Walter Wolf - the new head of Kaufland Bulgaria - the biggest retail group in the country.

3 September: the last day the parties in parliament can nominate a cabinet under the third and last mandate.

makes it to 19th place out of 76 European cities in FT and FDI Tech Cities of the Future ranking. Not much to do with its governance though.

Words of the week: Ako mine nomera (If we pull it off)

This phrase describes an attitude very specific to the national psyche. It denotes a special predisposition of Bulgarians to try to circumvent rules, usually by resorting to obvious lies, creating a scandal or just flatly ignoring what they've been told and hoping for the best it would go their way. We got reminded of it after news broke of a Bulgarian couple getting fined a total of 10,000 euro and facing criminal investigation over showing fake PCR tests on the Greek border. A "normal" test costs less than 50 euro per person, but maybe the couple just thought that "ako mine nomera," they would enter Greece saving 100 euro and if not, they would just be sent back. Well, quite an expensive trip, that is.

We've been saying for years that the EU funds distort the economy. Well, I've been saying it, at least. And I have coverred this specific area for well over a decade now (the above picture is from an article of mine on the same topic from 2012).

I've seen more than my fair share of ministers of economy and EU-funds, bureaucrats, and consultants, and I can testify that this once small corner of the national economy exploded to unprecedented volumes.