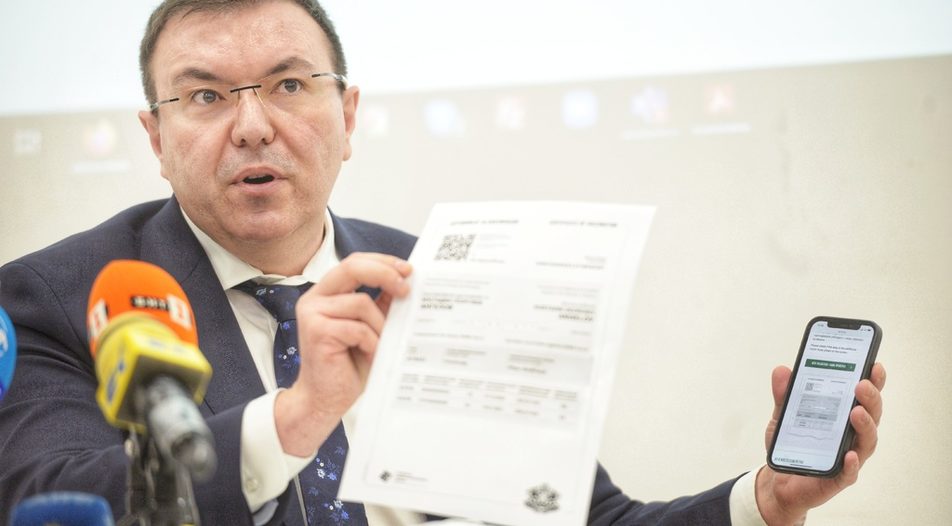 Covid-19: Stumbling back into crisis

Health Minister Kostadin Angelov promoting a vaccination reservation app. It doesn't seem to work that well due to the lack of available shots.

Covid-19: Stumbling back into crisis

Health Minister Kostadin Angelov promoting a vaccination reservation app. It doesn't seem to work that well due to the lack of available shots.

The authorities' reluctance to keep any reasonable lockdown measures in place might trigger a second deadly wave of the pandemic, this time - amidst elections

This week marks one year since Bulgaria recorded its first cases of Covid-19 - and quickly imposed lockdown measures. Now, only a few days after the overhasty reopening of schools and restaurants against the backdrop of more Covid infections, the health authorities are now mulling reverting to partial closures - but do not seem to have the guts to do it.

As new cases approach levels seen at the beginning of November 2020, when the medical system of the country collapsed and the deadliest weeks in modern Bulgarian history were recorded, such measures seem more than justified. The pressing question is this: why did it have to come to this at all and could hospitals be just as overwhelmed as they were last November-December? If so, this would seem a needless strain on their resources.

The National Crisis Committee announced on Wednesday a "significant increase" in the number of new Covid-19 infections identified in the last fortnight, with only 3 out of 28 regions estimating fewer than 400 new cases per 100,000 population. In the capital Sofia, the number of newly recorded cases is nearing 500 per 100,000 people. Every fifth PCR test (out of over 17,000) was positive on Wednesday and the daily death toll attributed to the virus has been in the three-digit range since the start of the week (120-150 deaths each day).

"We need to assure the Bulgarian society that we are following the situation 24 hours a day, because the pandemic in the world continues at full speed," Prime Minister Boyko Borissov said at a Council of Ministers session on Wednesday. This is a half-truth. On the one hand, global infection rates and deaths have been declining in the past few months, but on the other, the new, more infectious strains appearing from around the world are wreaking havoc in many places. And while he might justify the worsening situation with a global trend, in Bulgaria it was (at least partially) a needlessly self-inflicted wound.

Infection rates started gradually increasing in the middle of January, entering a phase of exponential growth for seven weeks in a row. Yet, despite this, Mr Borissov was reluctant to maintain restrictive measures any longer. Hence the order to reopen restaurants on 1 March. The likely reason? The 4 April Parliamentary elections were nearing. The vote promises to be close and the Prime Minister did not want to rile more than 200,000 people employed in the restaurant sector who have been jobless for three straight months. At the same time, the few remaining restrictions that limited the number of students going to schools or attending private academies were also dropped.

In a cruel, but ironic twist of fate, a few days after restaurants reopened in the beginning of the month, hospitals in the most virus-affected regions started announcing the end of planned operations. New Covid wards started springing up in bigger cities, with Pleven, Sofia, Varna, Shumen, Yambol and Blagoevgrad feeling the heat more than elsewhere.

And where it is going

Unfortunately, there is little political will to reintroduce measures. This is understandable, at least from their point of view. Restaurants only re-opened for business last Monday and, having bought substantial stock, would likely suffer greatly if asked to close only a few days later. "There might be nothing left to reopen if [restaurants are] shut down again," the Union of Restaurant-owners wrote on Wednesday.

However, this could be a matter of life and death, just as in November last year. "The official third Covid wave is underway and it is rising quickly. The next weeks will be very hard for Bulgaria," said Dr Asparuh Iliev who works in a Bern vaccination safety laboratory, quoted by Dnevnik.bg. He urged everybody to take appropriate precautions. Similar opinions were shared across the board, but it seems that the powers-that-be are reluctant to risk a popular backlash by imposing a new country-wide lockdown.

Instead, municipalities have been left to take the hard decisions. "A unified approach is not an option," Health Minister Kostadin Angelov said on Tuesday and on Wednesday mayors in the aforementioned hardest-hit cities started imposing targeted closures. In Sofia, schoolchildren from 5th to 12th grade will revert to online learning from Friday. All restaurants and bars will remain open, but only until 10pm. Mayor Yordanka Fandakova left a possible closure of shopping centers and fitness clubs on the table. Other municipalities followed suit with these or other similar measures on Wednesday evening.

At the same time, the most effective measure - the targeted vaccination of people with other health conditions, the elderly and those whose professional occupation might expose them to the virus more than others - is going nowhere. What is more, even the "green corridors" for voluntary immunizations are not operating well, leaving Bulgaria at the bottom of the European league table when it comes to vaccinations. Lastly, if the so-called third wave follows the trend of the second, it is highly likely that the peak of the new infections, hospitalizations - and inevitably deaths - will coincide with Election Day. Thus, the pandemic will have very real effects on the outcome of the elections and may even turn the vote into a national health hazard.

The authorities' reluctance to keep any reasonable lockdown measures in place might trigger a second deadly wave of the pandemic, this time - amidst elections

This week marks one year since Bulgaria recorded its first cases of Covid-19 - and quickly imposed lockdown measures. Now, only a few days after the overhasty reopening of schools and restaurants against the backdrop of more Covid infections, the health authorities are now mulling reverting to partial closures - but do not seem to have the guts to do it.